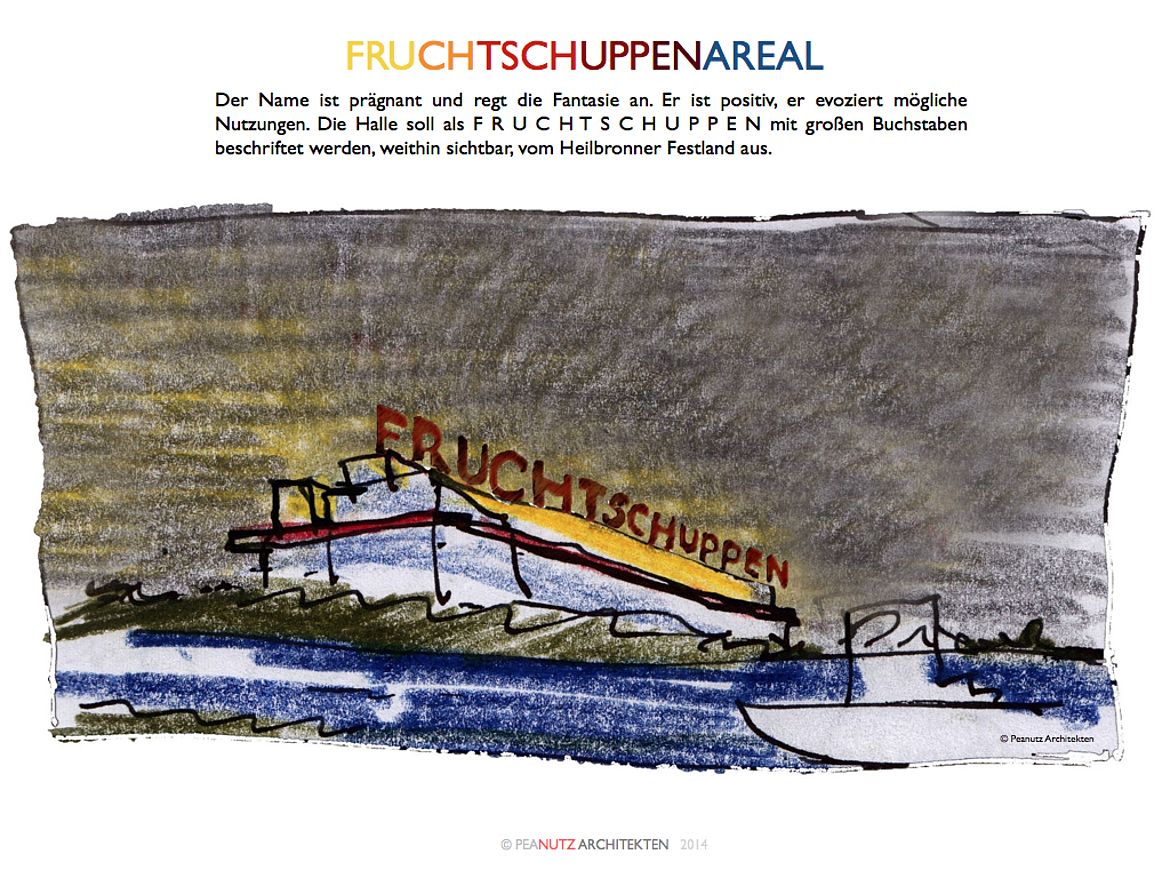 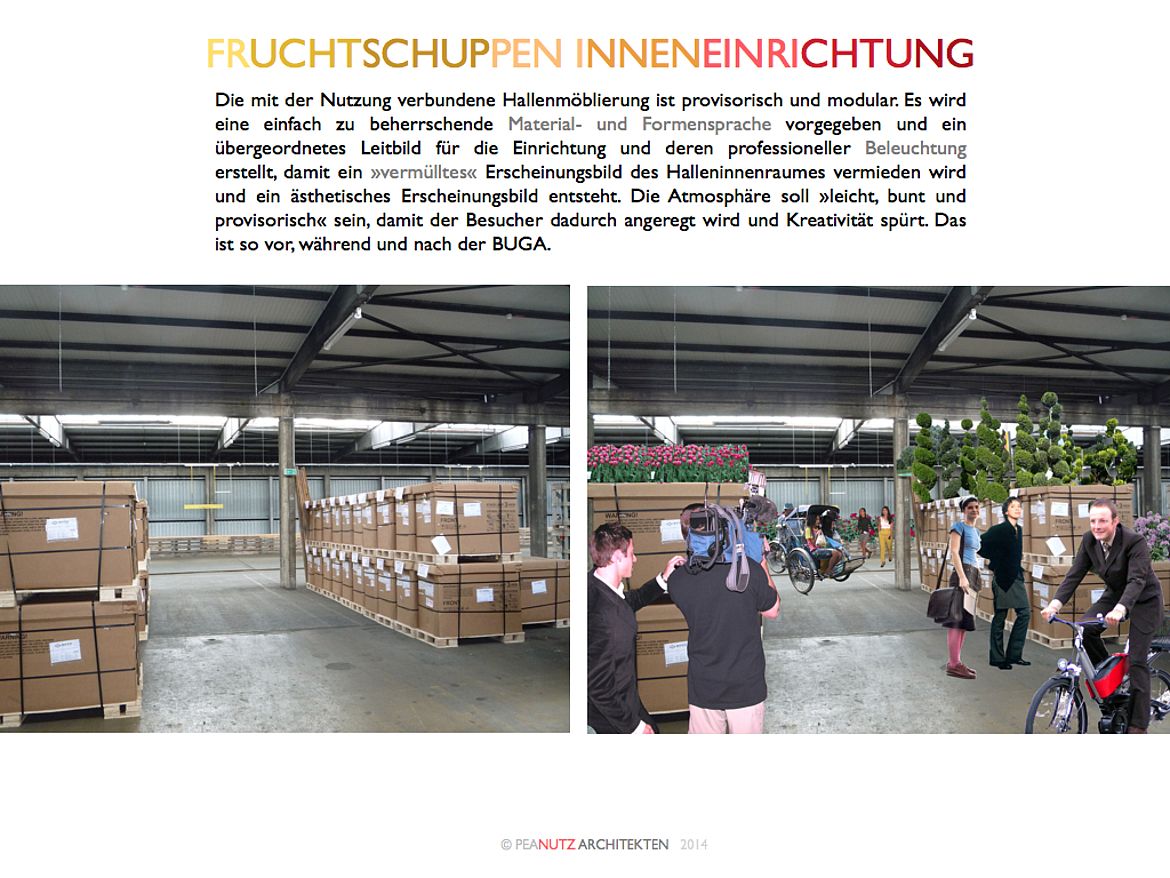 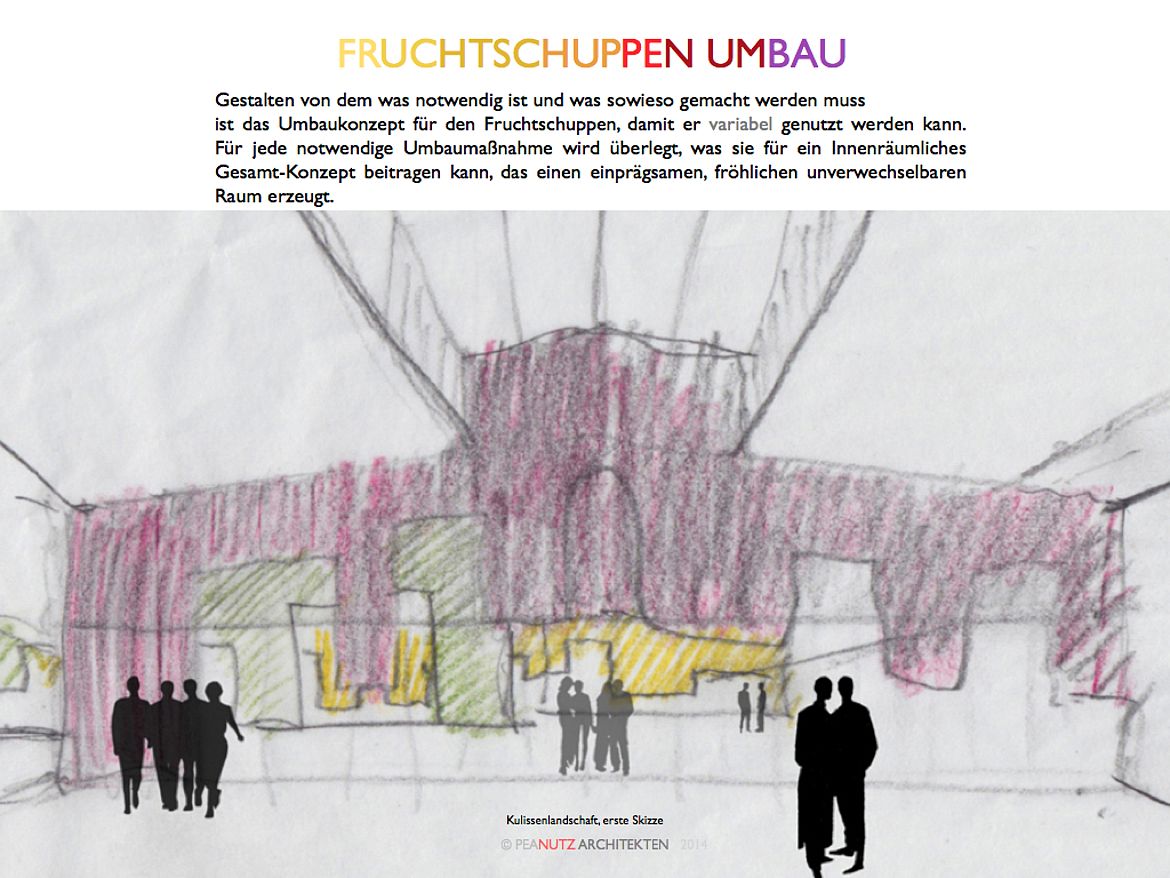 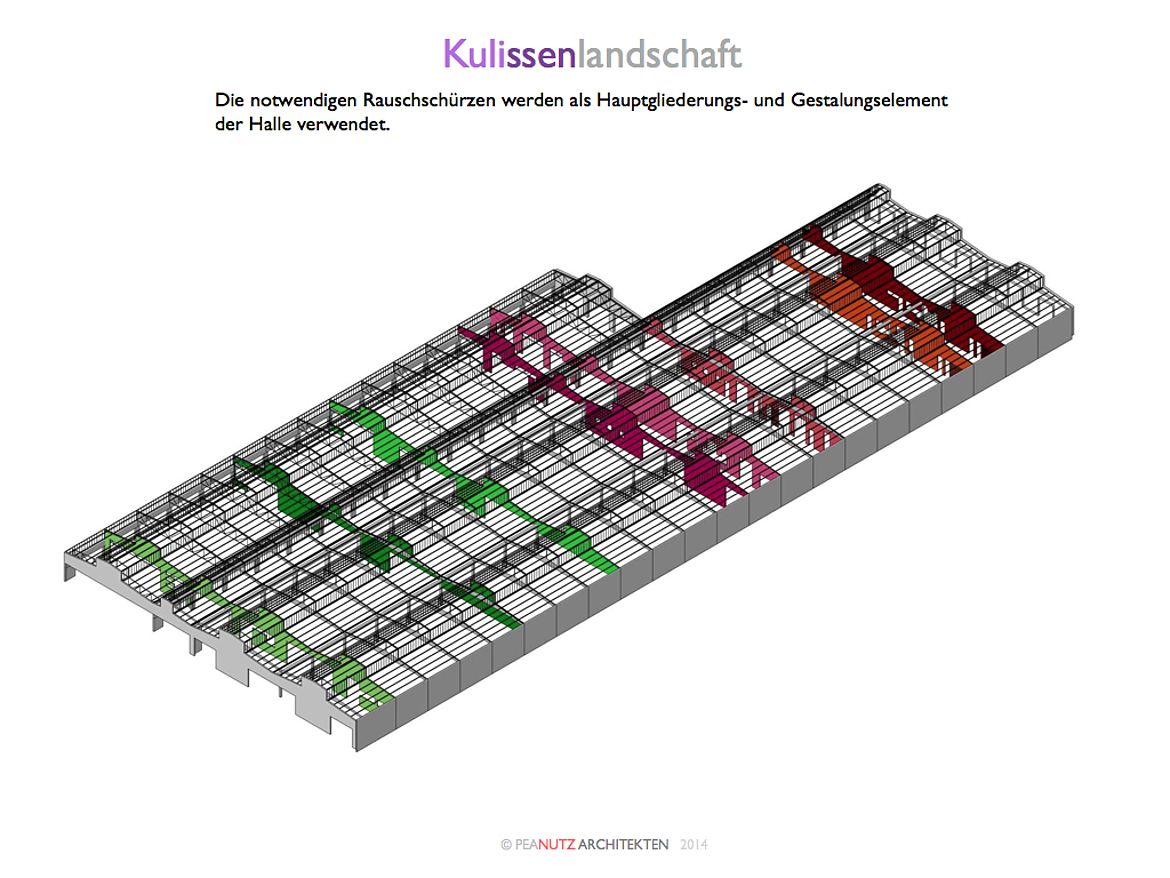 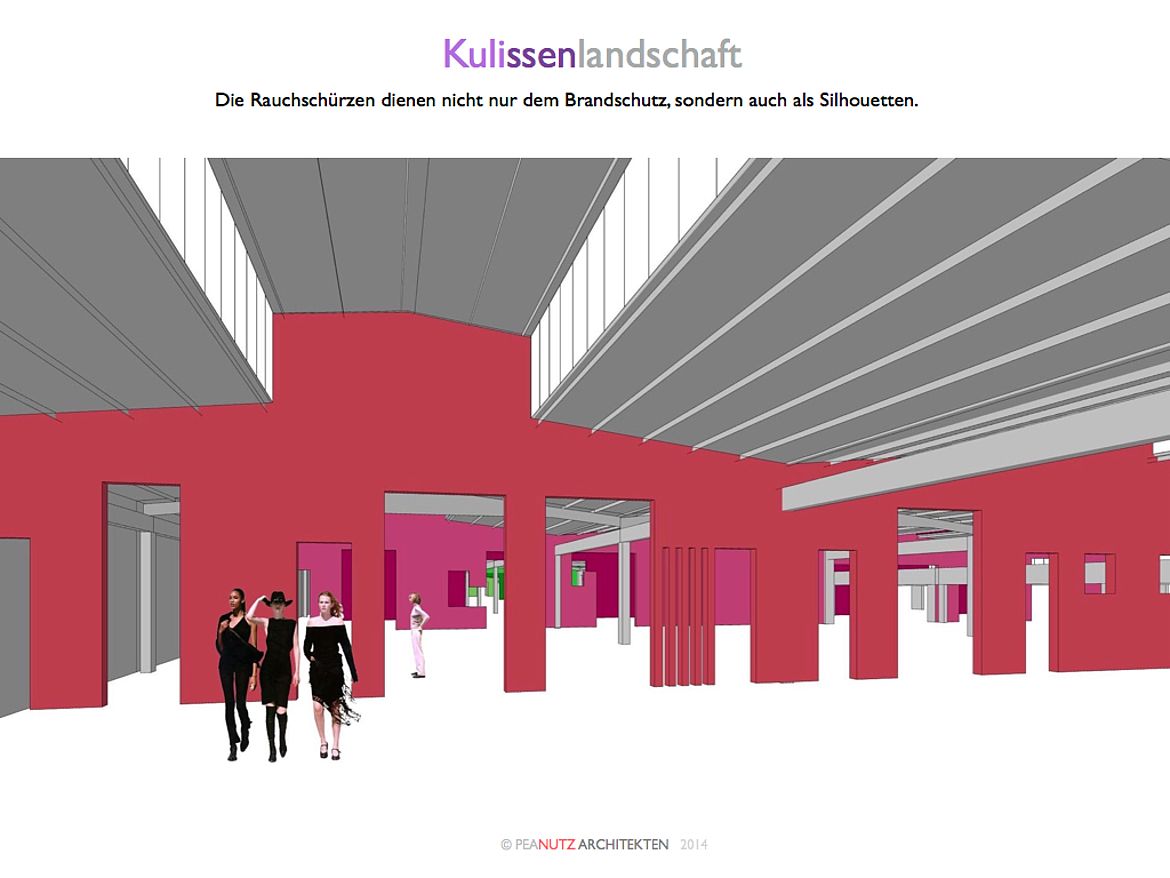 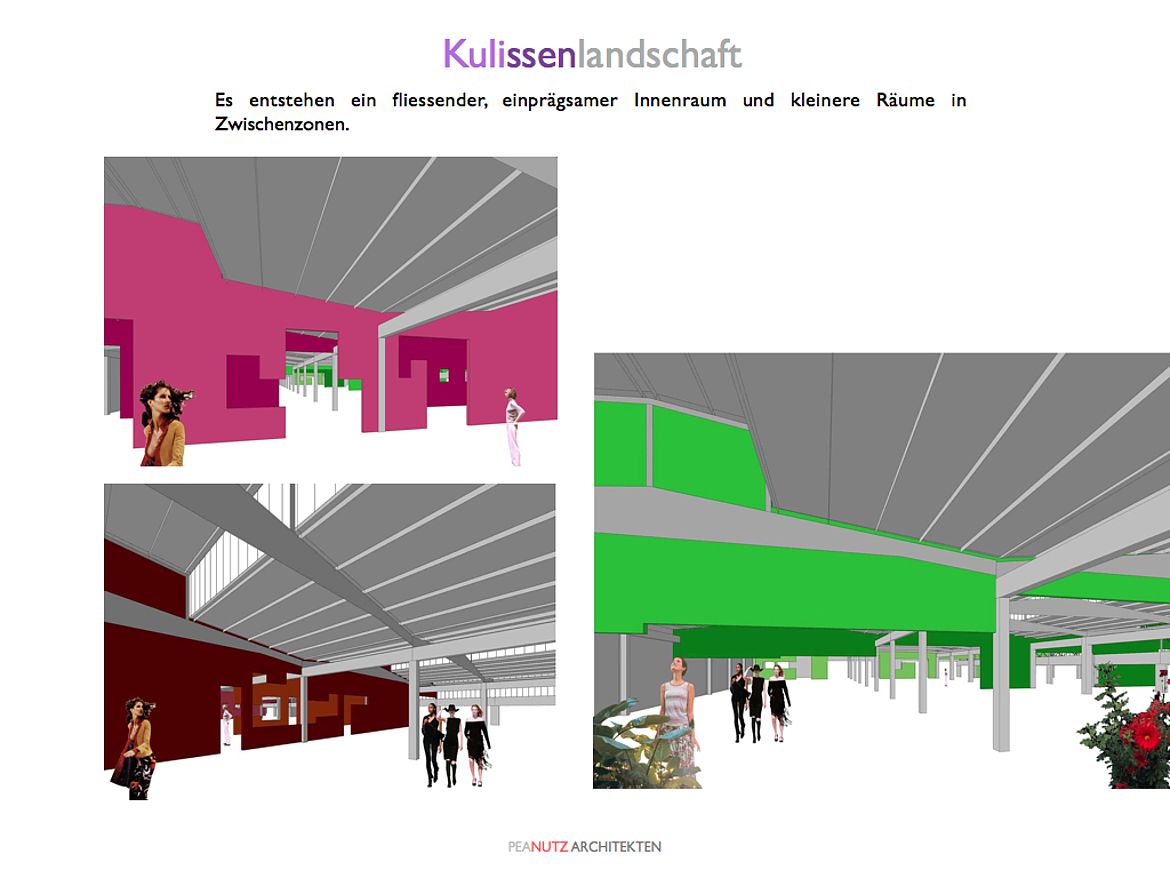 During an invited competition, together with four other architecture offices, ideas and concepts were developed for the interim use of a former storage hall in Heilbronn. It was planned that the former storage place (Fruchtschuppen) could be used by citizens before the Bundesgartenschau (federal garden show) in the year 2019 and afterwards. During the garden show in the year 2019, the building will be used as an exhibition space for flowers.