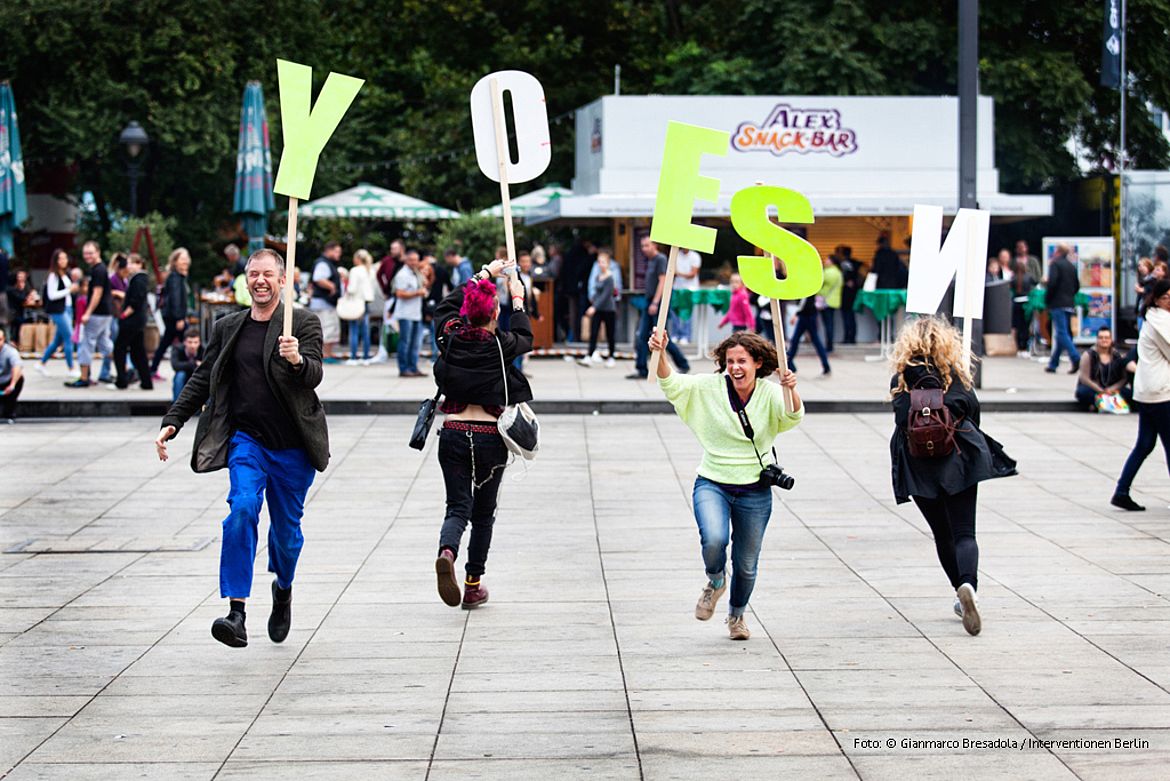 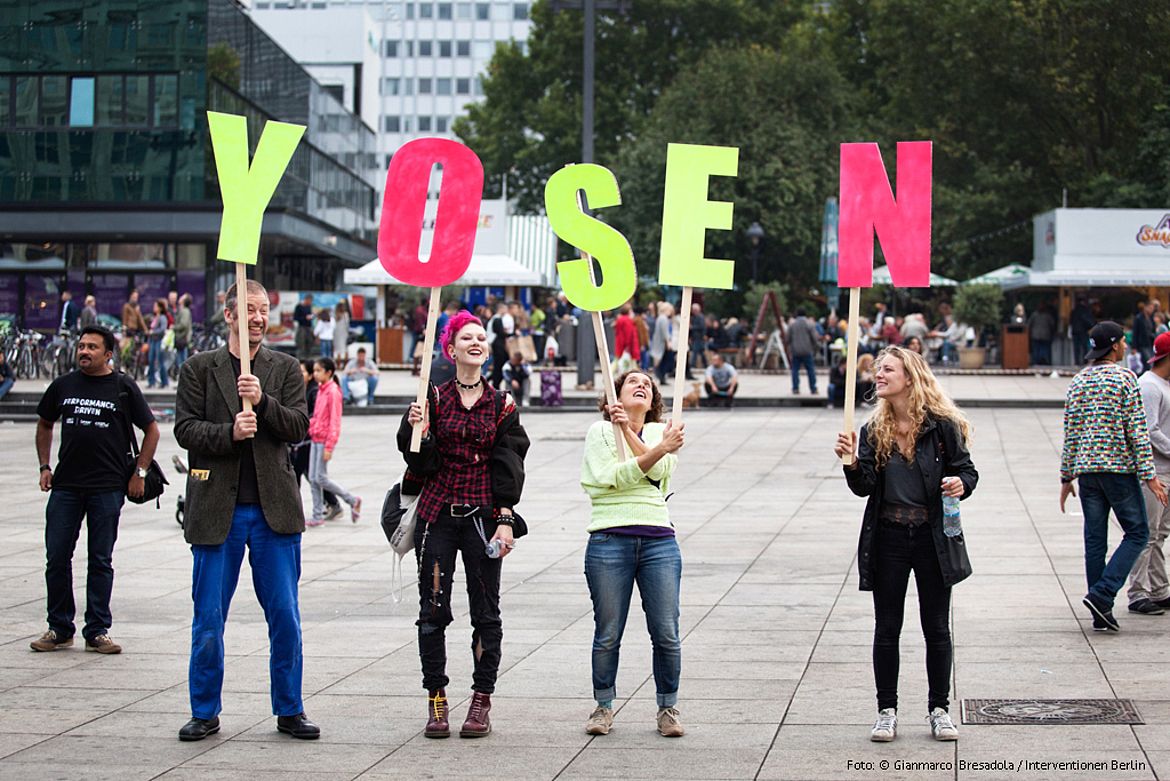 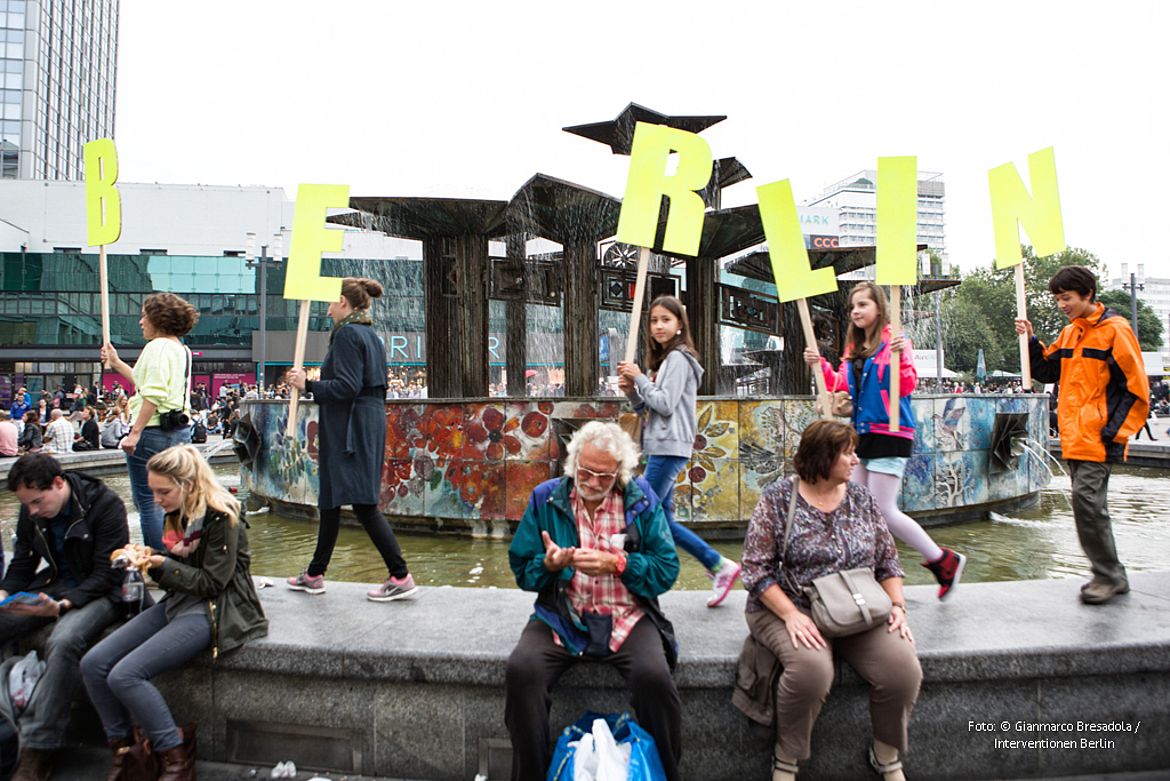 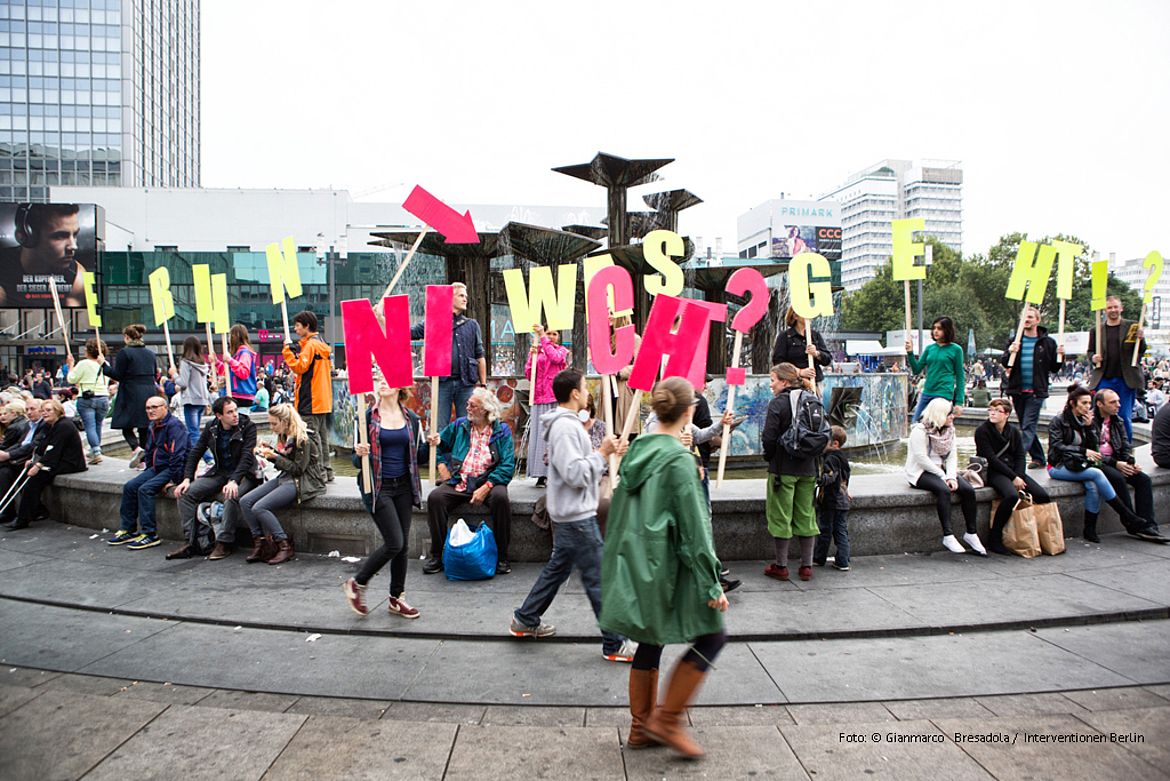 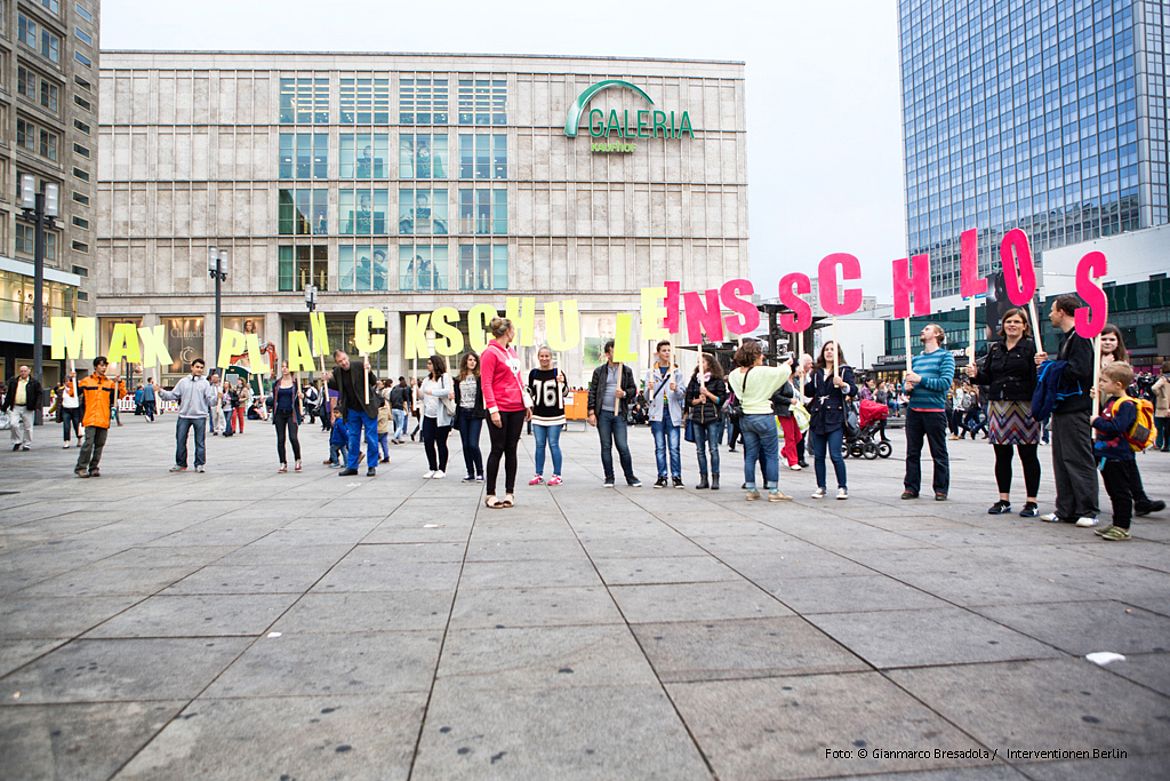 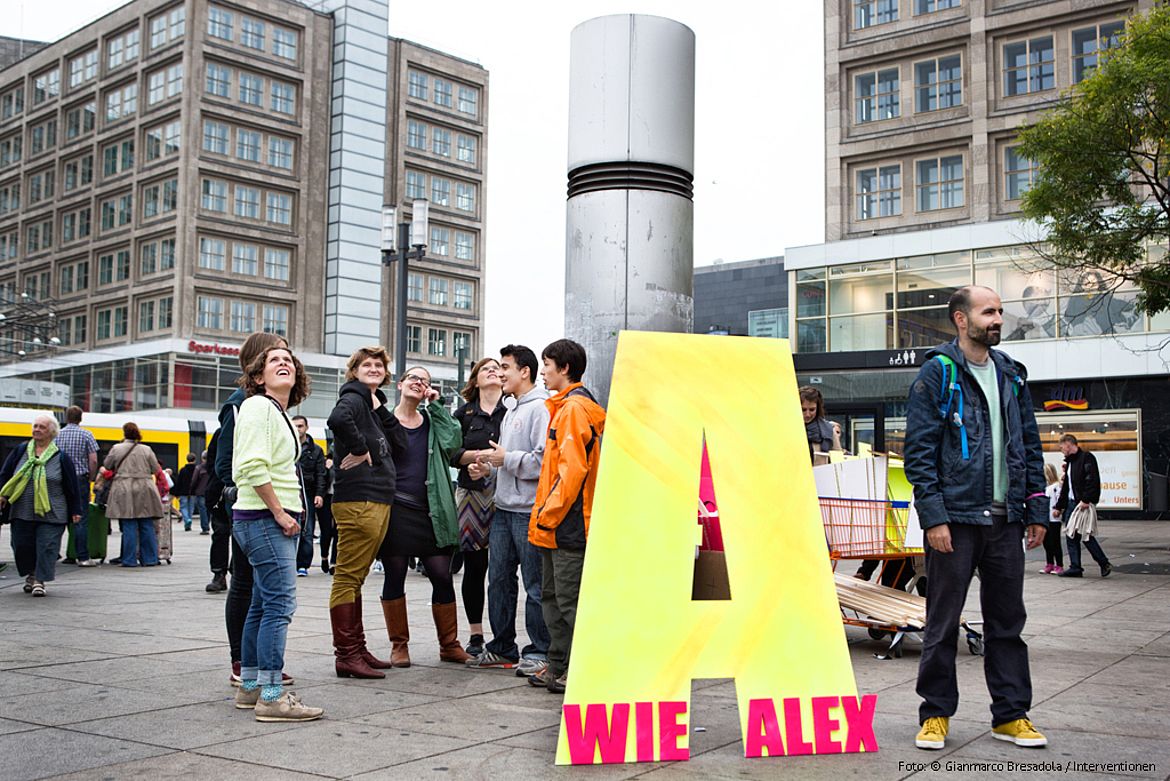 More than 360.000 people visit Alexanderplatz in Berlin every day. They are children, teenagers, grown ups, Berliners and tourists.  Especially teenagers are magically attracted by this spuare, also known as "Alex". Many of them walk across the square and others stay, for example at the fountain of the "Völkerfreundschaft" (friendship of the peoples). In former times the »Weltzeituhr« (time of the world clock) was a very important meeting point, in case one got lost. Today one uses a mobile phone to find and meet each other.
"Youngsters use their mobile phone preferably in order to send an SMS, but not to telephone. The length of the text of a SMS is – at least with the customary devices– limited to 160 characters. The communication works – although via a mobile phone – written, not spoken." (1)  SMS, short for Short Message Service, is a telecommunication service for the delivery of text messages. How would it be to offer a live short message service at Alexanderplatz? The square would be an analog text space, in reference to the project »Blinkenlights« (2), but during the day.
The intervention at Alexanderplatz wants to visualize keywords or entire messages in urban space. Letters and signs will be prefabricated by the teenage participants. They will think about choreographies and how the single letters will form words, the words will make sentences and whole messages.
One could perform a live chat at Alexanderplatz. Passers-by will be asked to send messages via the analog  SMS-service, necessarily in different languages. At the fountain of the »Völkerfreundschaft« (friendship of the peoples) a living ticker will appear. Peanutz Architekten, Juli 2016

(2) In the year 2001 »Blinkenlights« was the title of an art installation with light in the »Haus des Lehrers« (house of the teacher) at Alexanderplatz (...) . (...) Everyone could make own animations with the software »BlinkenPaint« and could send them via E-mail. These animations would be added to the playlist and would form a diverse program, which was on show during the whole night. Through a mobile phone one could play, alone or in twos, the computer game Pong. Personal love messages – the so called Blinkenlights Loveletters – could be sent by phone and then seen.(...)
Source: Wikipedia, Projekt Blinkenlights, and in English: