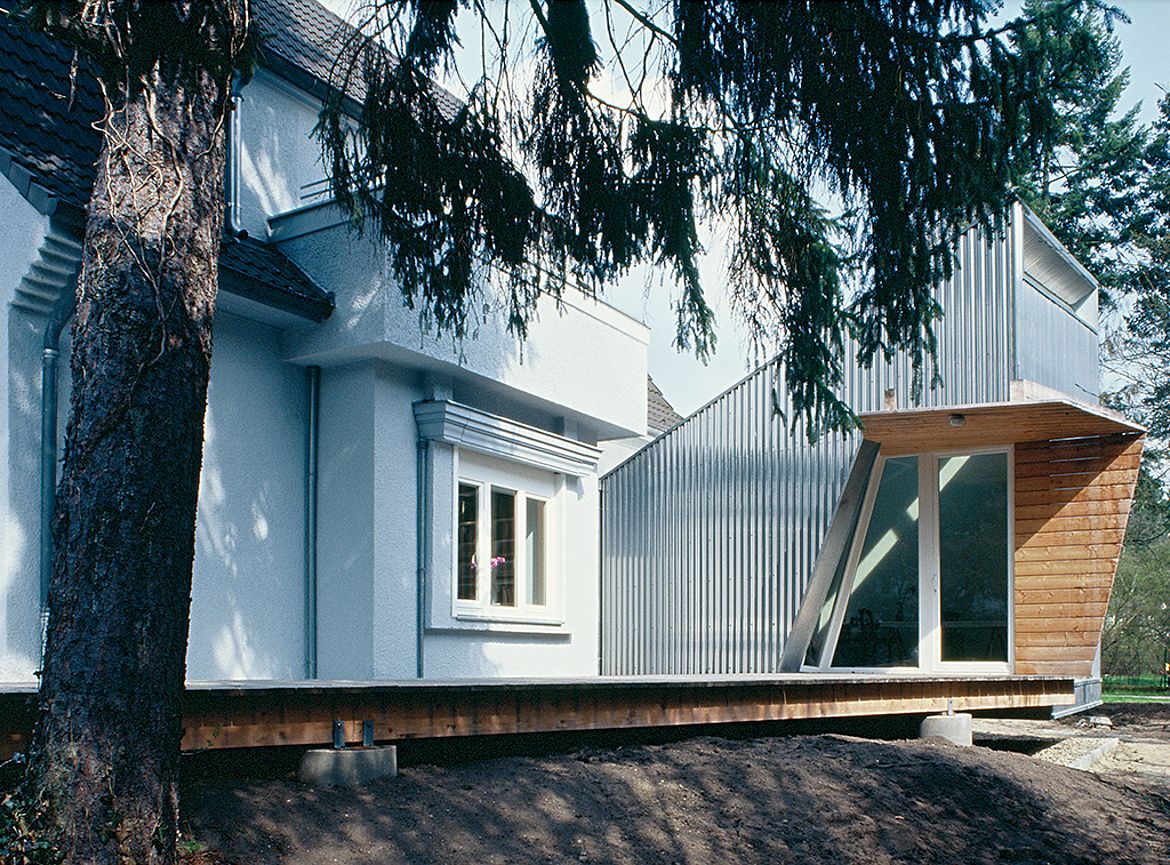 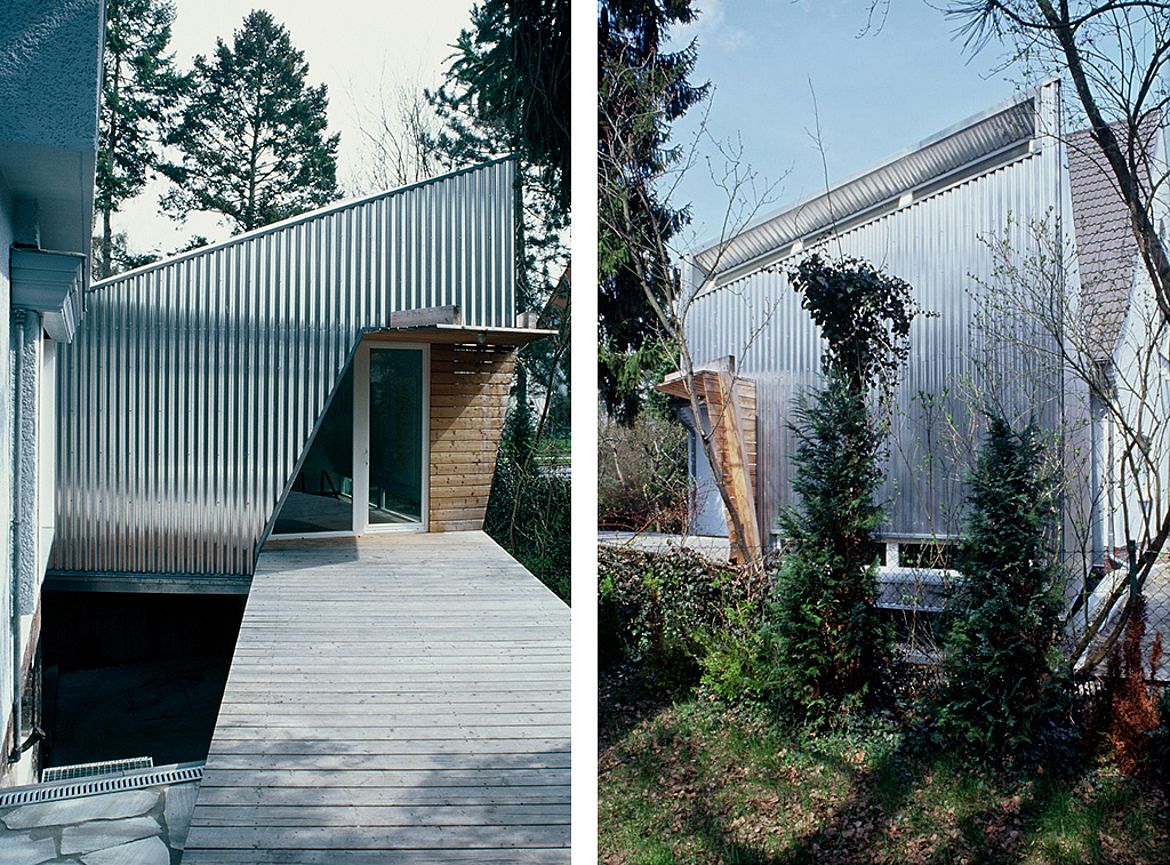 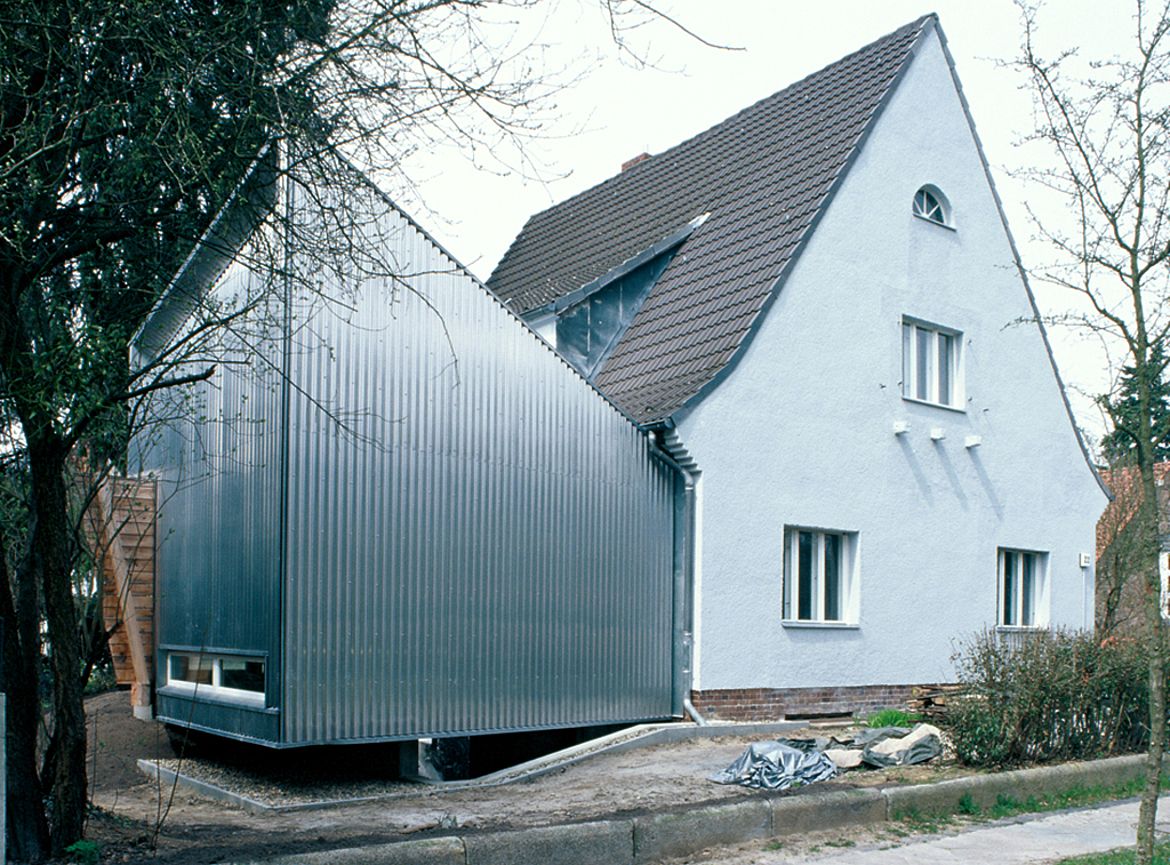 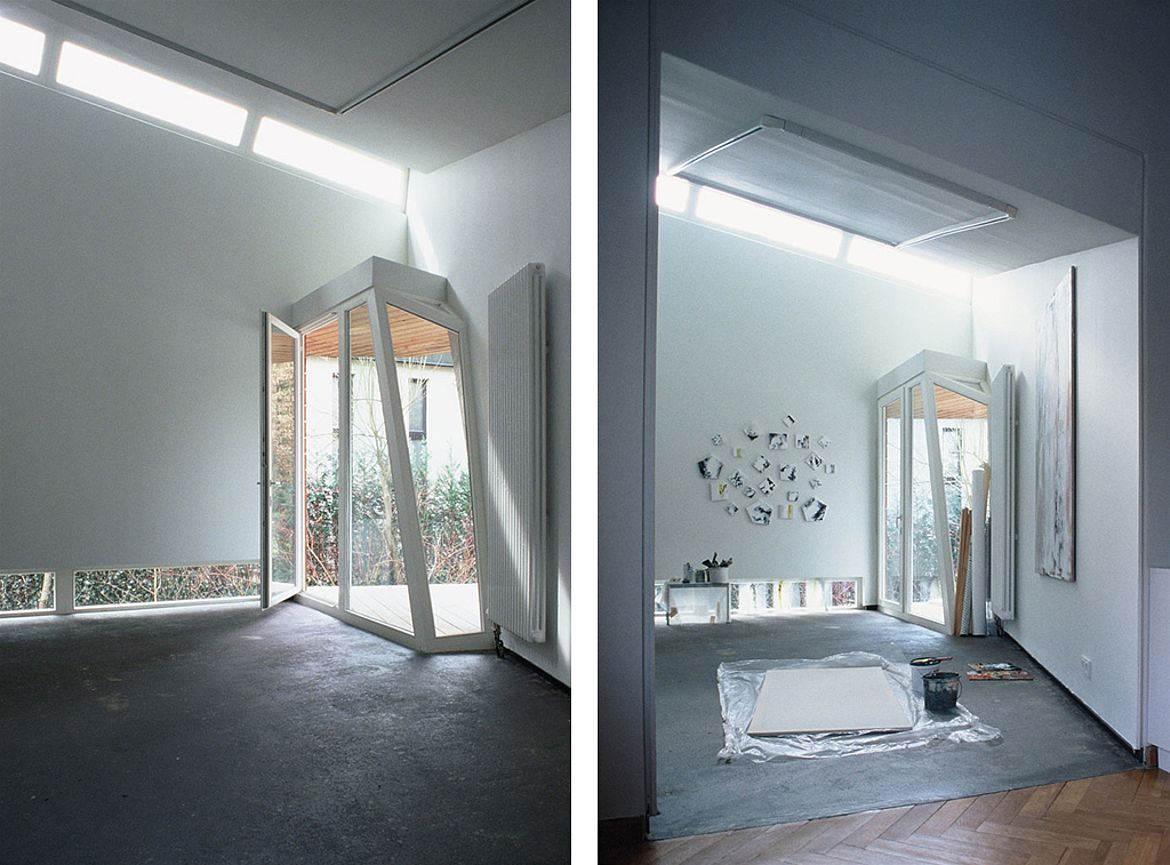 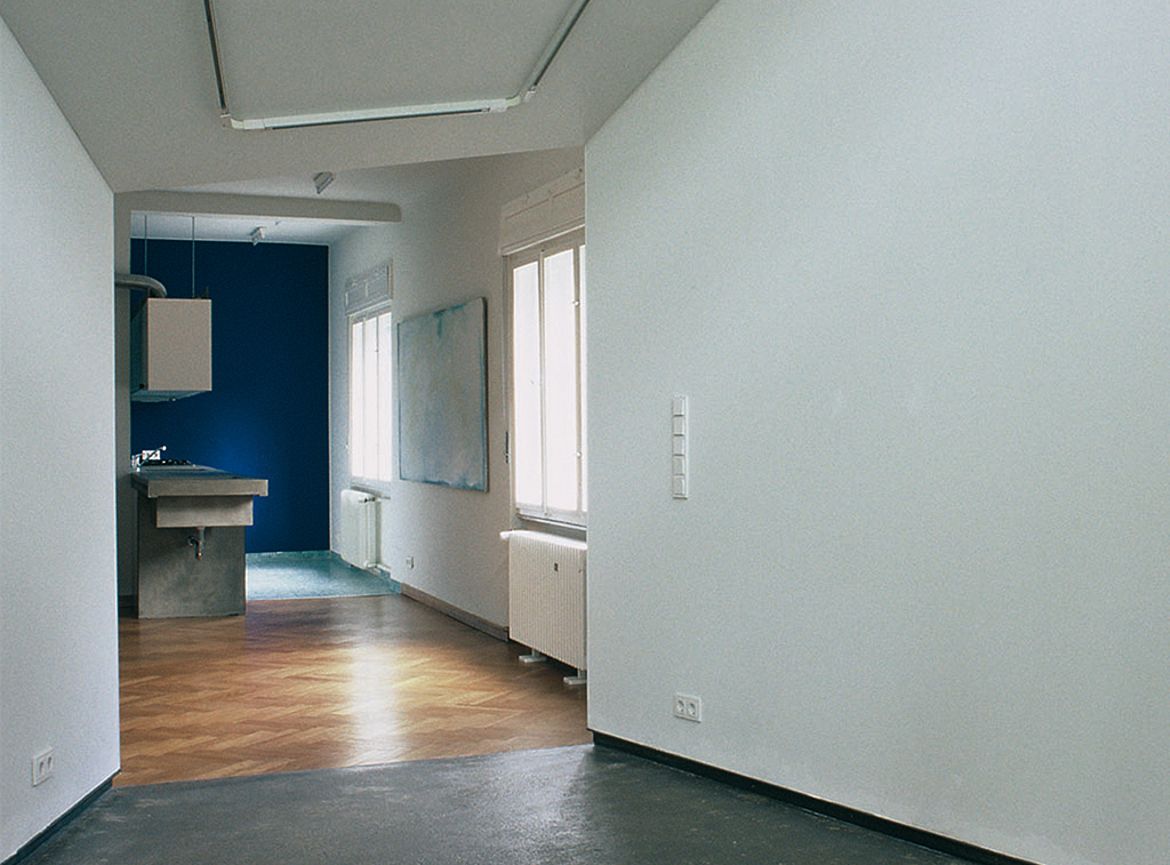 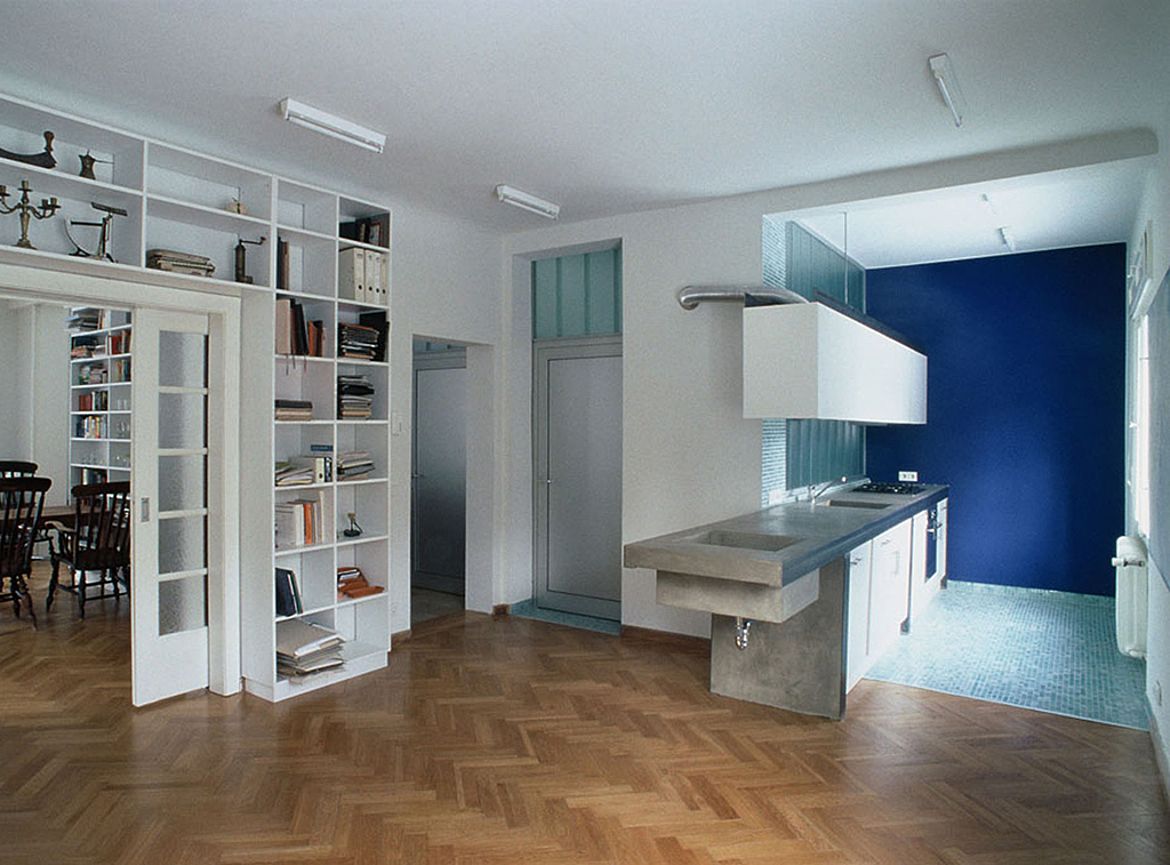 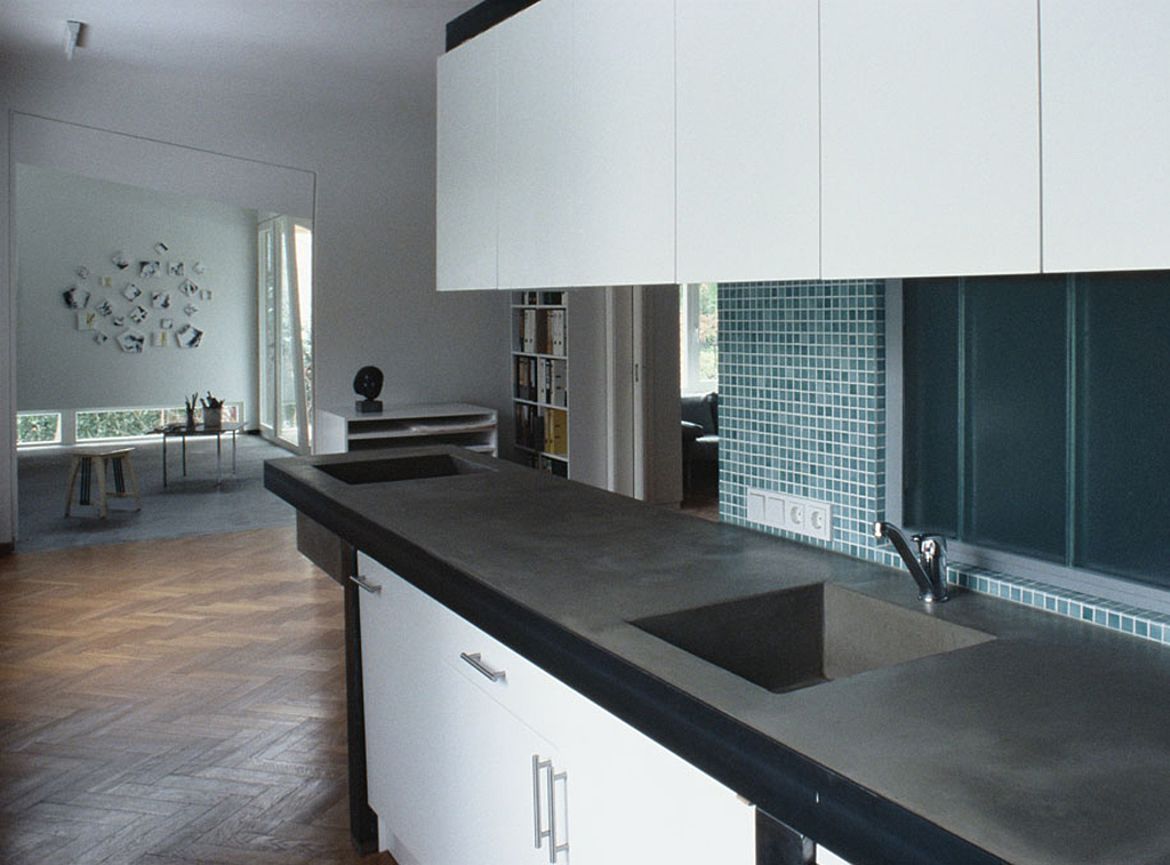 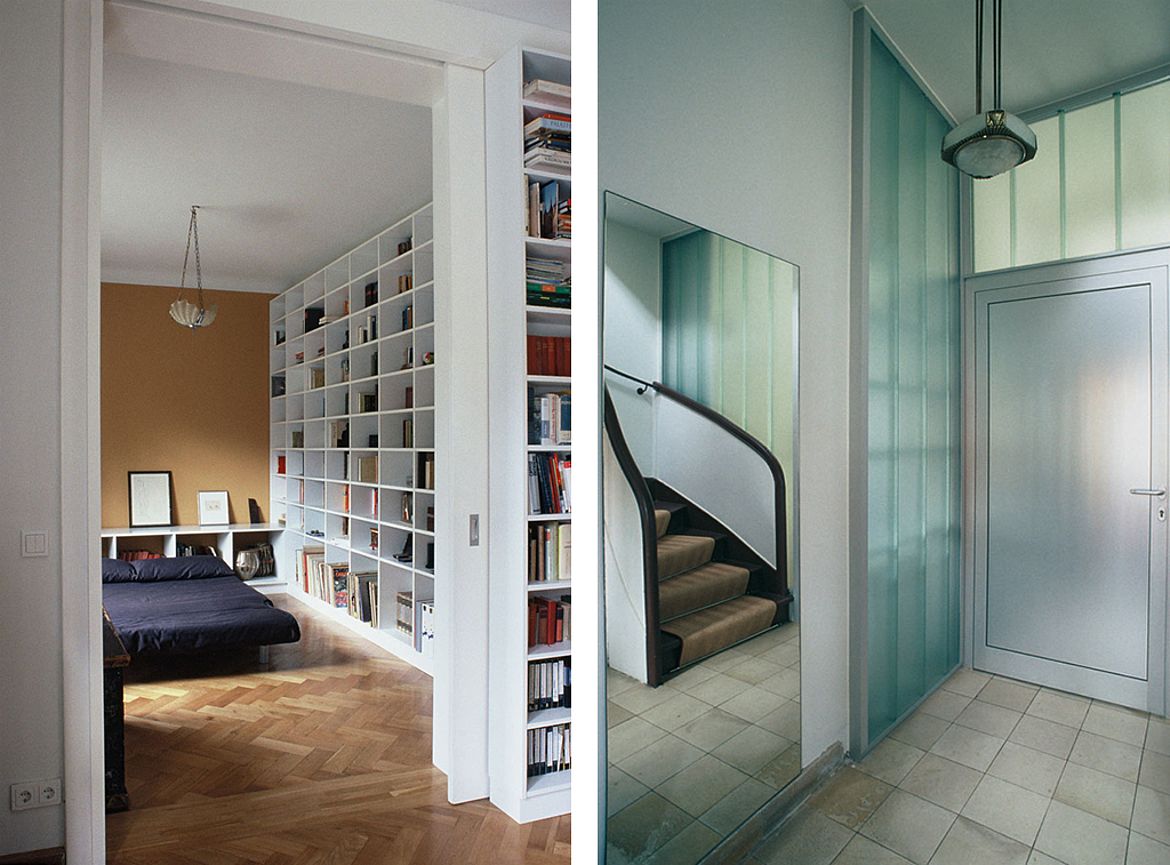 Like an unidentified object, which fell out of space and got attached, the Trichter is the extension to an old house, built in the 1930s in Berlin-Dahlem. It expands the studio space of it’s inhabitant, who is an artist. The Trichter is the place, where she paints and utilizes large walls. This is why there are no ordinary windows, but two slits exposing light, one underneath the ceiling and one the floor.
A wooden pier, which spans far into the garden, folds up to a wall and a canopy, right at the point, where it meets the Trichter and cuts out an additional opening, which is a glass door. There are no openings in the wall facing the street, in order to enhance the difference between the new object and the old house.
The Trichter floats above a crater, which is an additional entrance to the basement from the garden and serves as a storage room for the client’s paintings. The shape of the hole allows so much light to enter into the former cellar, as to give an extra showroom. The Trichter is built of a wooden structure, covered with a façade of corrugated sheet iron on the outside. The old house has been converted into two different apartments one on the ground level and a smaller one on the first floor, divided by industrial translucent glass walls.
The artist’s apartment on the ground floor has been restructured through large openings in the walls. The succession of several breakthroughs has created one big open space of Trichter, studio and kitchen, with a hybrid of furniture combined with a workbench.

This is the true story: