The architectural forum of Upper-Austria in Linz is placed in a building, which used to be a public kitchen. Shortly before it's refurbishment they asked the five »Ingenöre«, who are Peter Arlt, Benjamin Foerster-Baldenius, Martin Kaltwasser, Wolfgang Grillitsch and Elke Knöß (Peanutz Architekten) to plan a concept for a festival. We decided to built a hundred meter long kitchen during three days for four different cooks. Every cook brought it's own band. The kitchen and it's elements got built while the cooks were cooking and the musicians were playing. 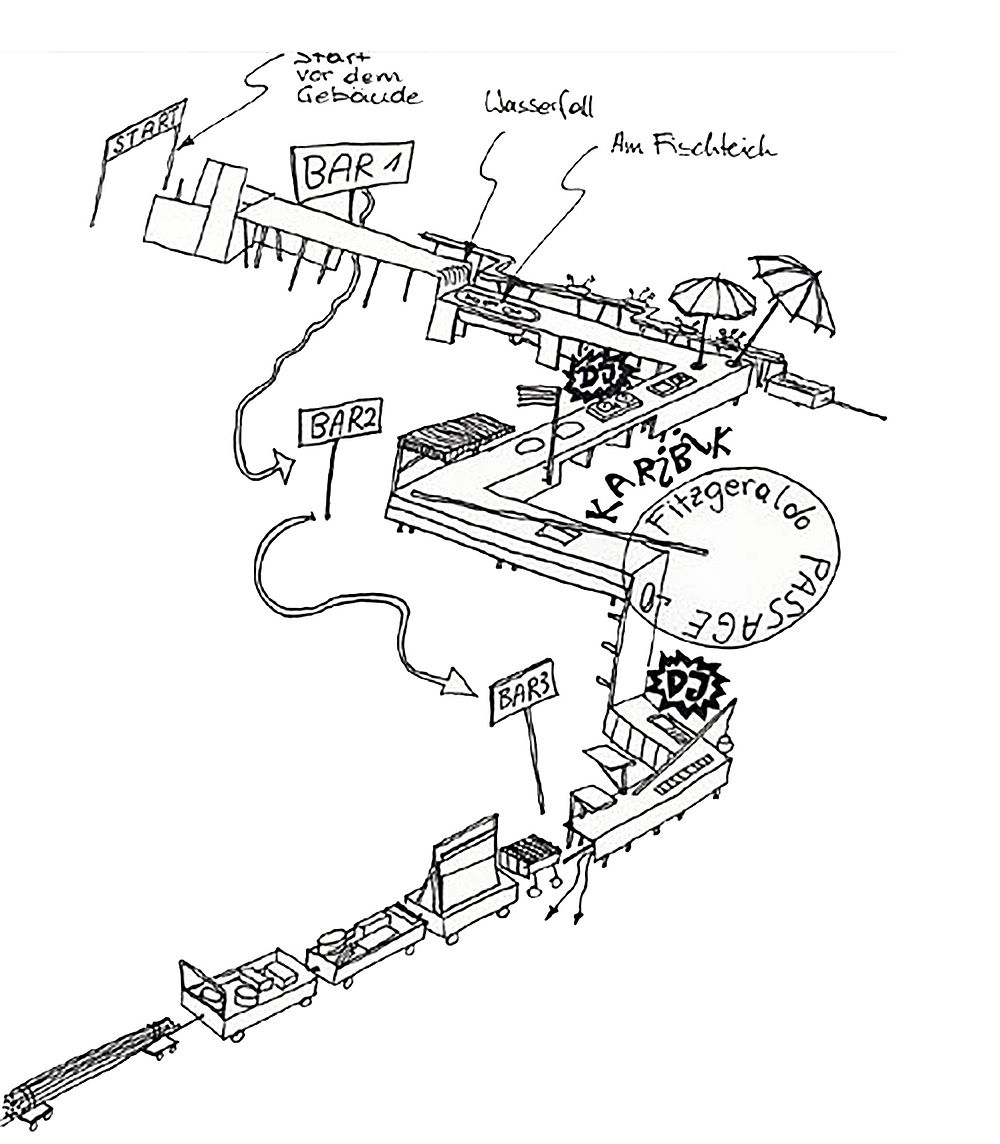