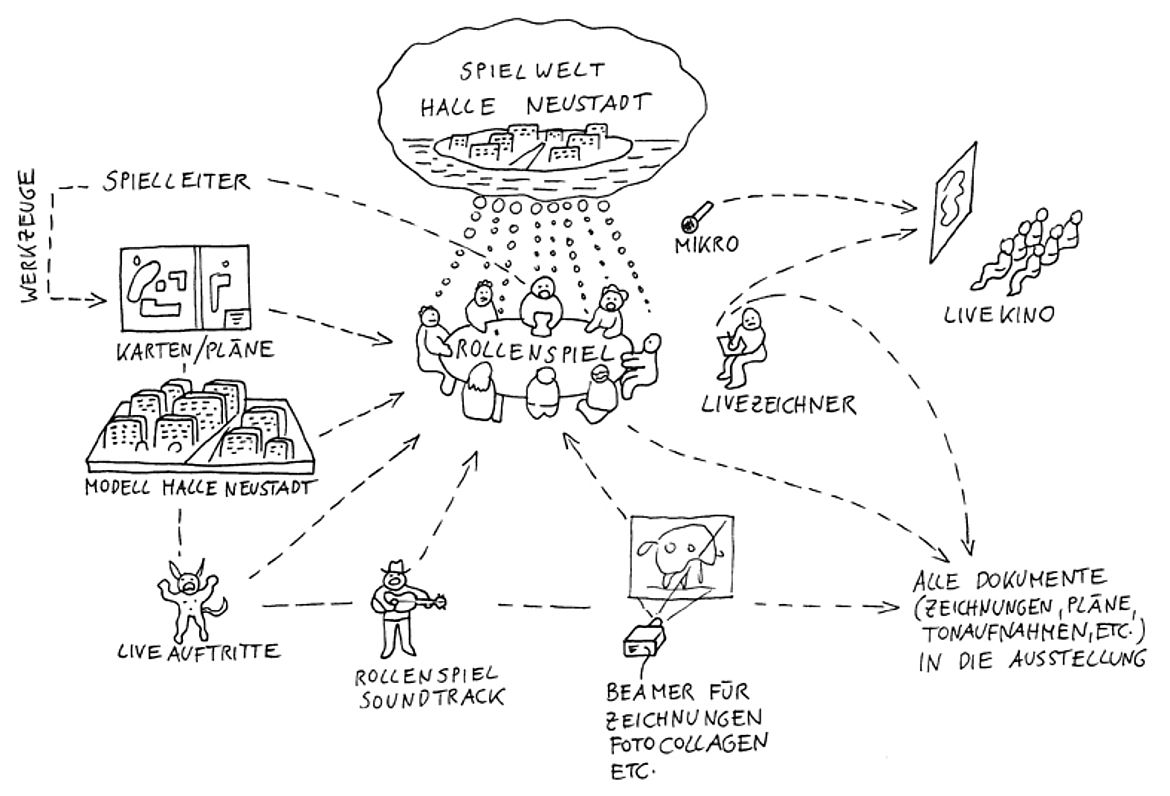 "The train station of Halle Neustadt is transformed into the Neustadt Gambling Casino. The interior creates a dynamic and concentrated atmosphere and allows visitors to dive headlong into a role-playing game in which they act out utopian futures for Halle Neustadt. These worlds are social utopias: Worlds derived from literary sources or complete fantasy worlds, using and adapting the functionality of fantasy role-playing games (such as Dungeons and Dragons). Different methods of interactive city development and city simulation games are also integrated into the rules of the game. The city undergoes a transformation, as through the fantasies of the players, the architecture is reinterpreted. Each game is a reinvention (redesign) of Halle Neustadt; the city viewed from a utopian perspective.
Each game in "Spielhölle Neustadt" is a unique fantasy world, based closely on the existing city. The players start by designing their characters. Two game masters each lead a group of approx. 6 people, who then enter a world based on the space and architecture of Halle Neustadt. The city is reinvented in the process. Together a narration is created and the blank spaces on the map are filled in. As is common in role-playing games, there are maps of the newly created alternative worlds. Guest players are invited to reinforce the dynamics of the game. These personalities should have something to do with the content of the game. And actors appear as characters of the world in which the game takes place (ie.: monster, captain, mayor, head of corporation,...) There is a soundtrack for each scenario, played by a live musician at both beginning and end, and if appropriate, also during the game."