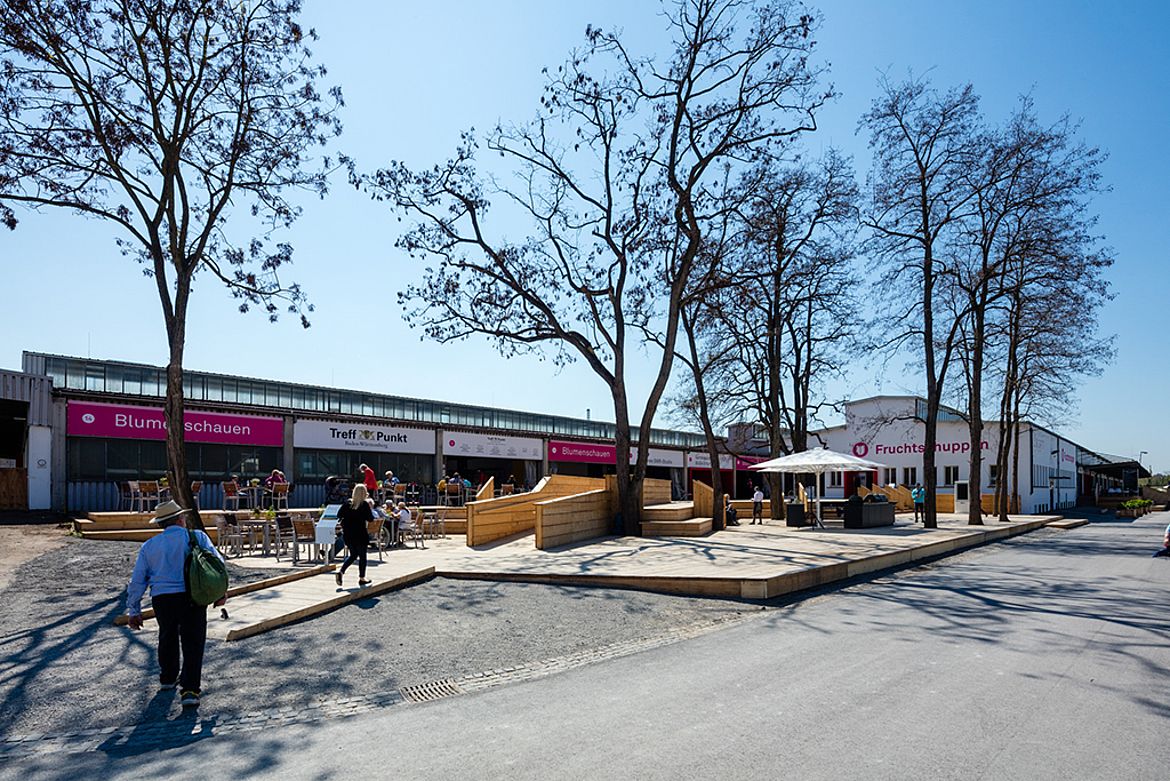 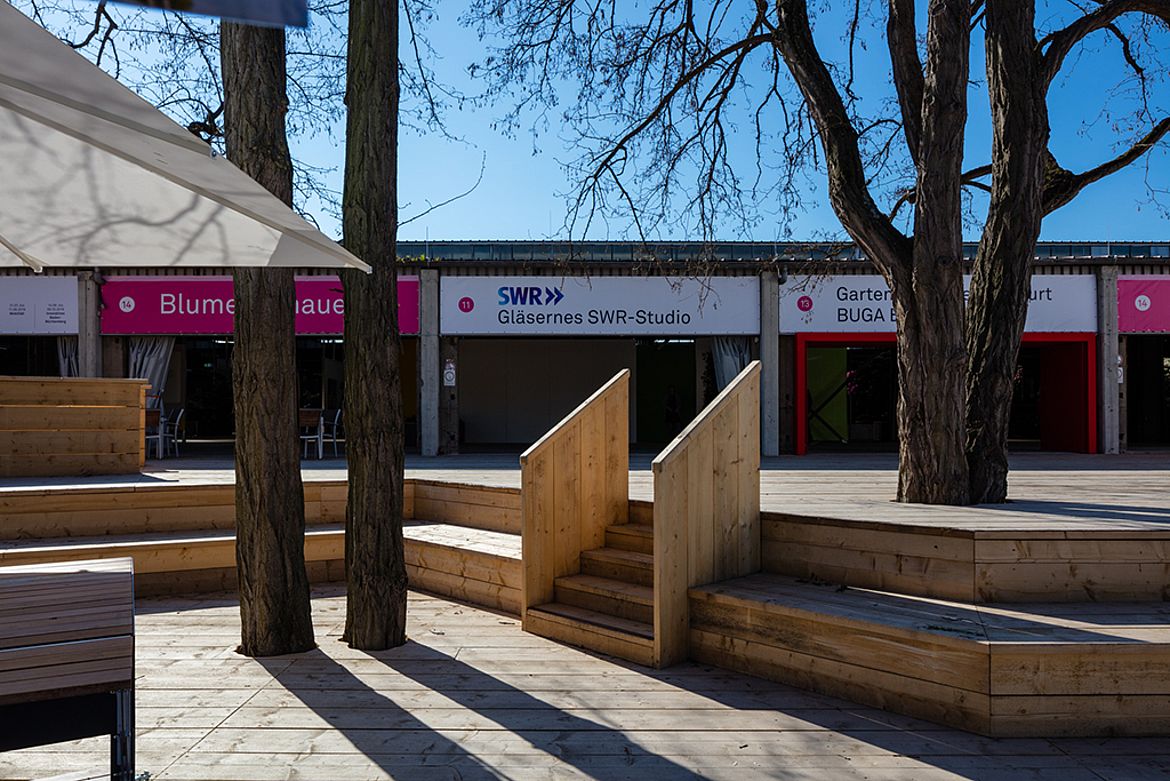 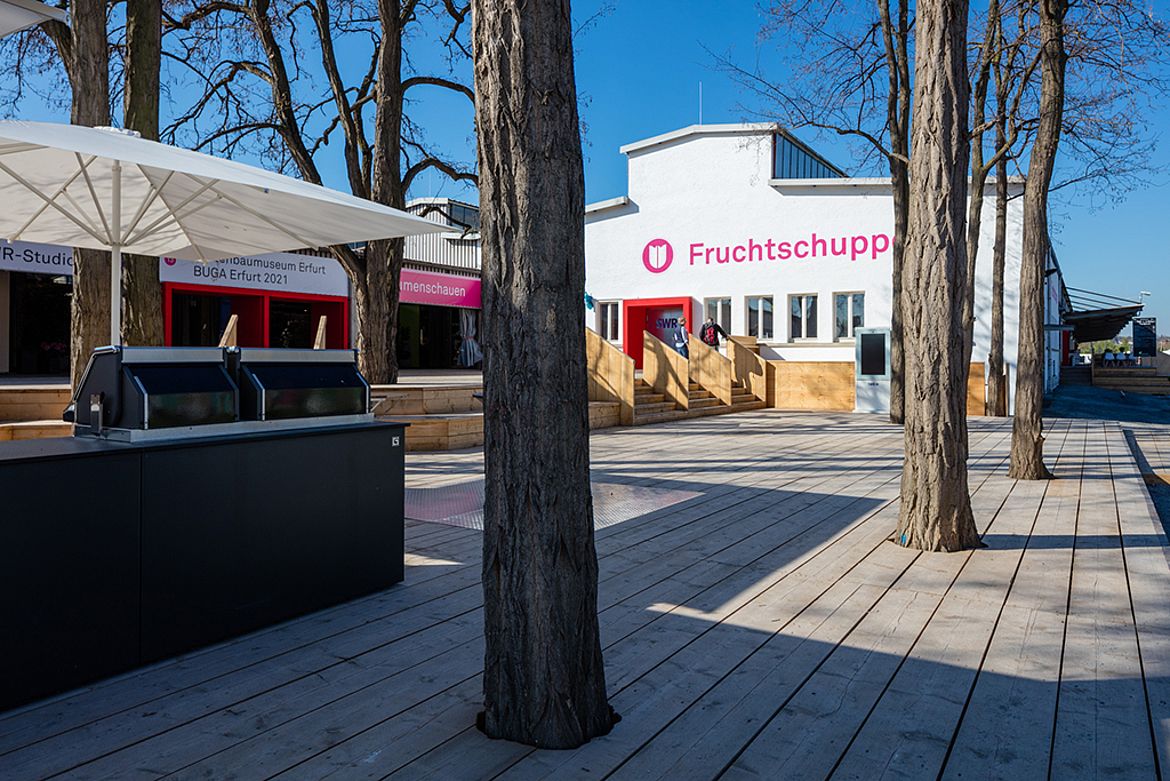 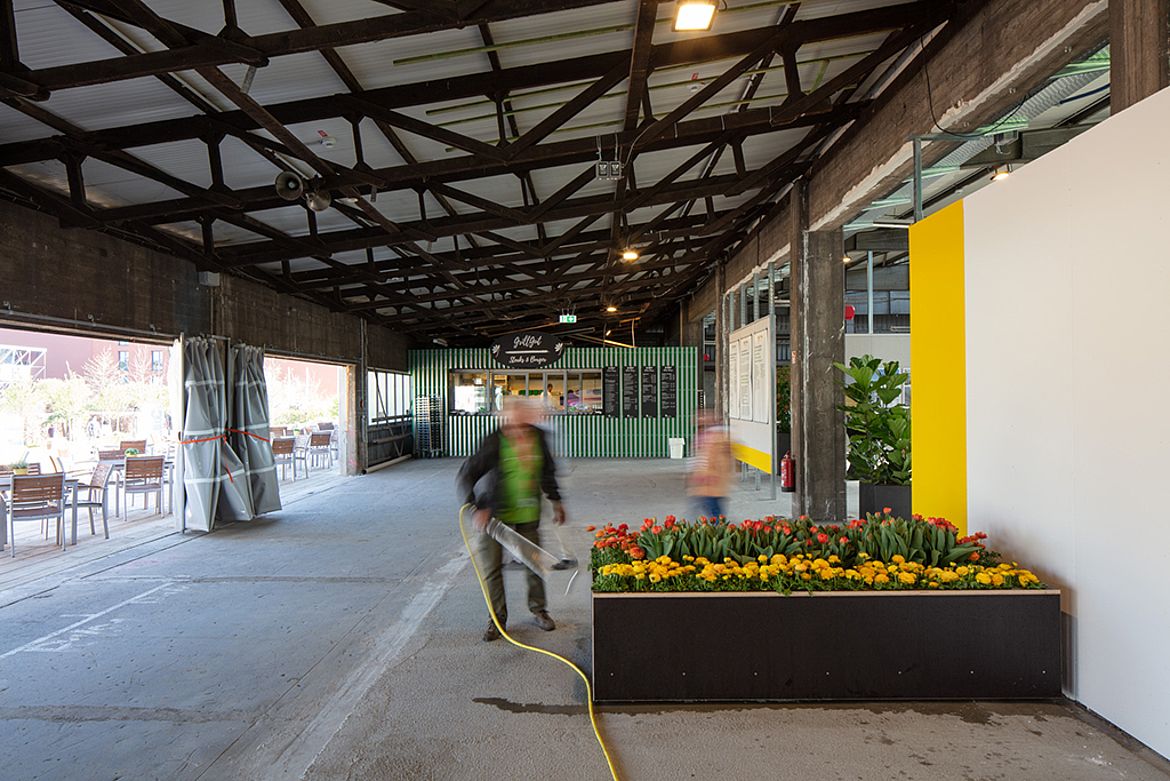 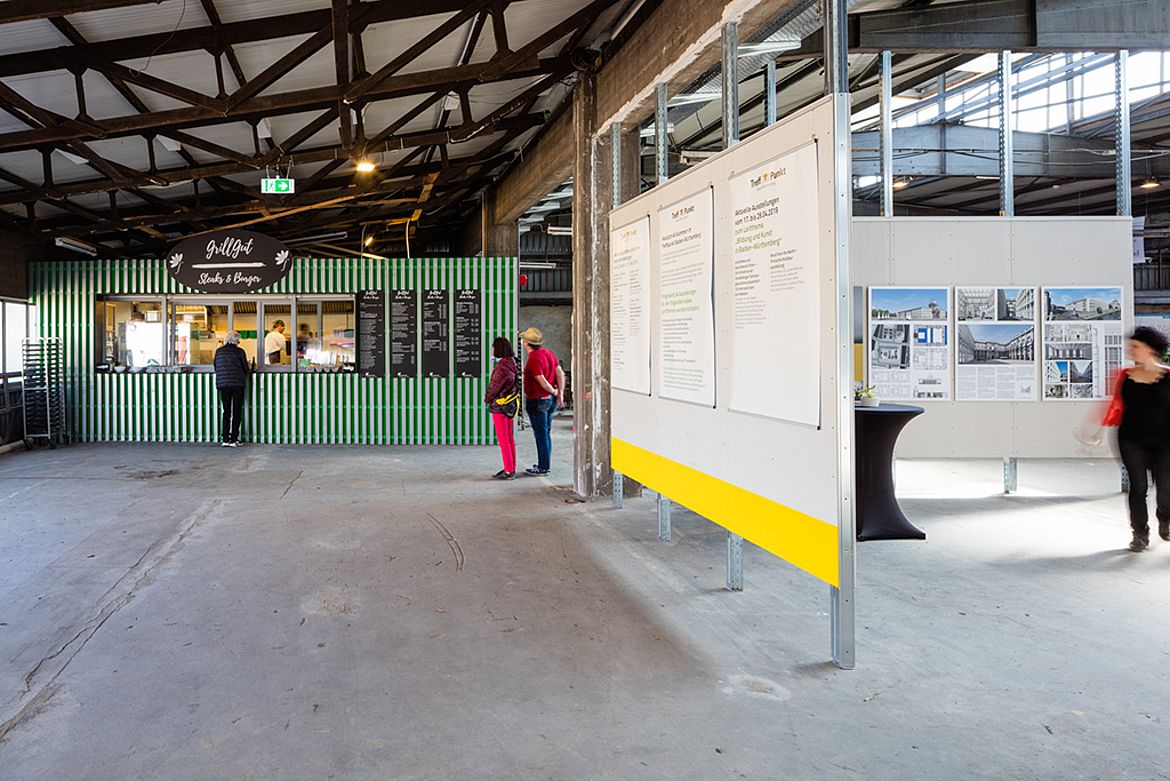 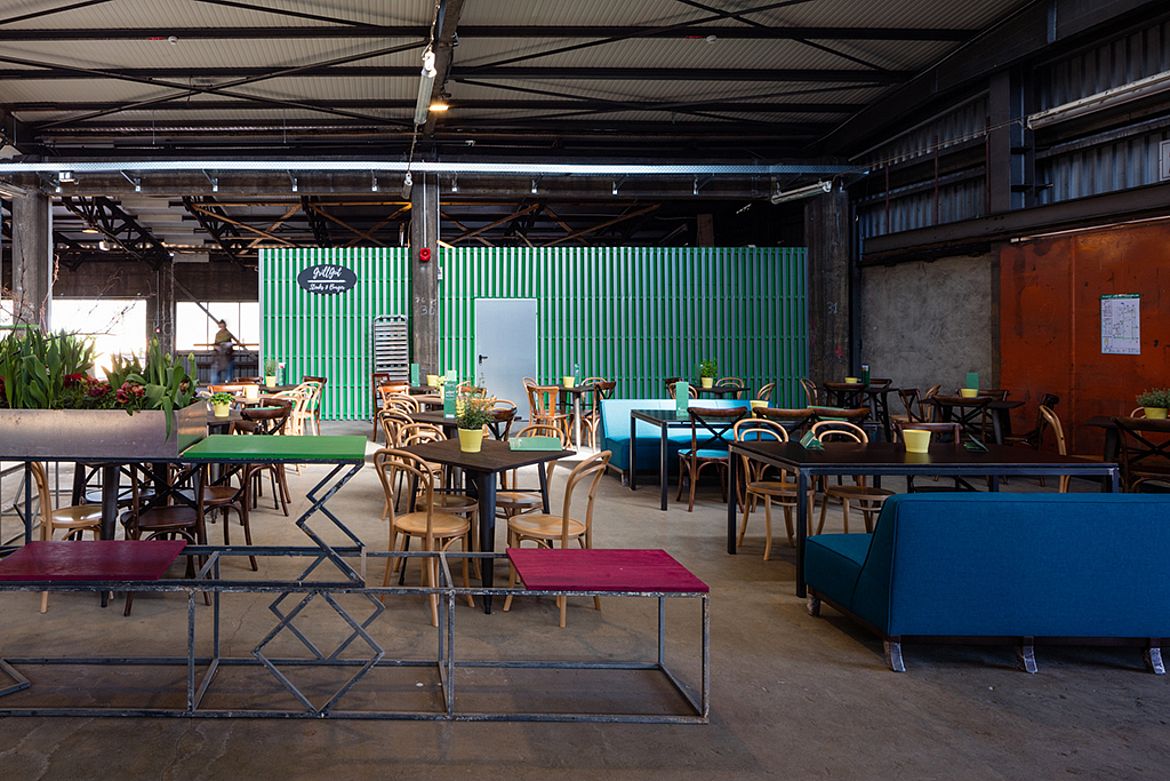 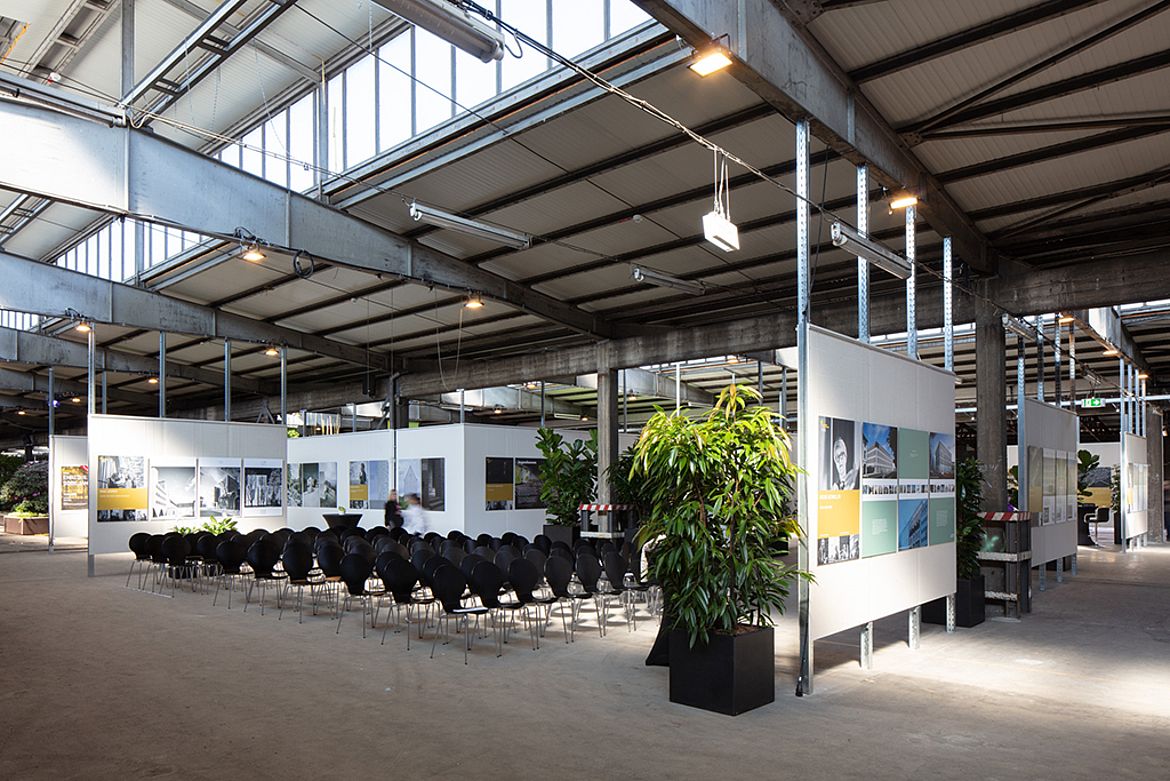 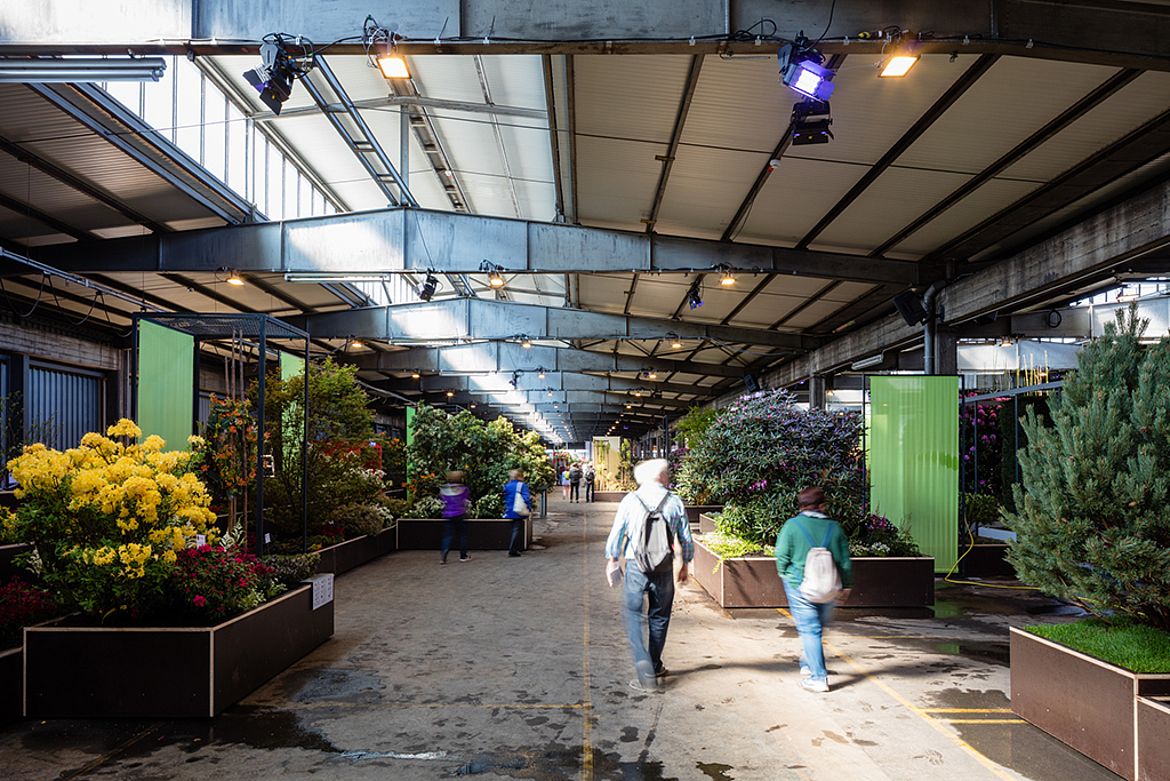 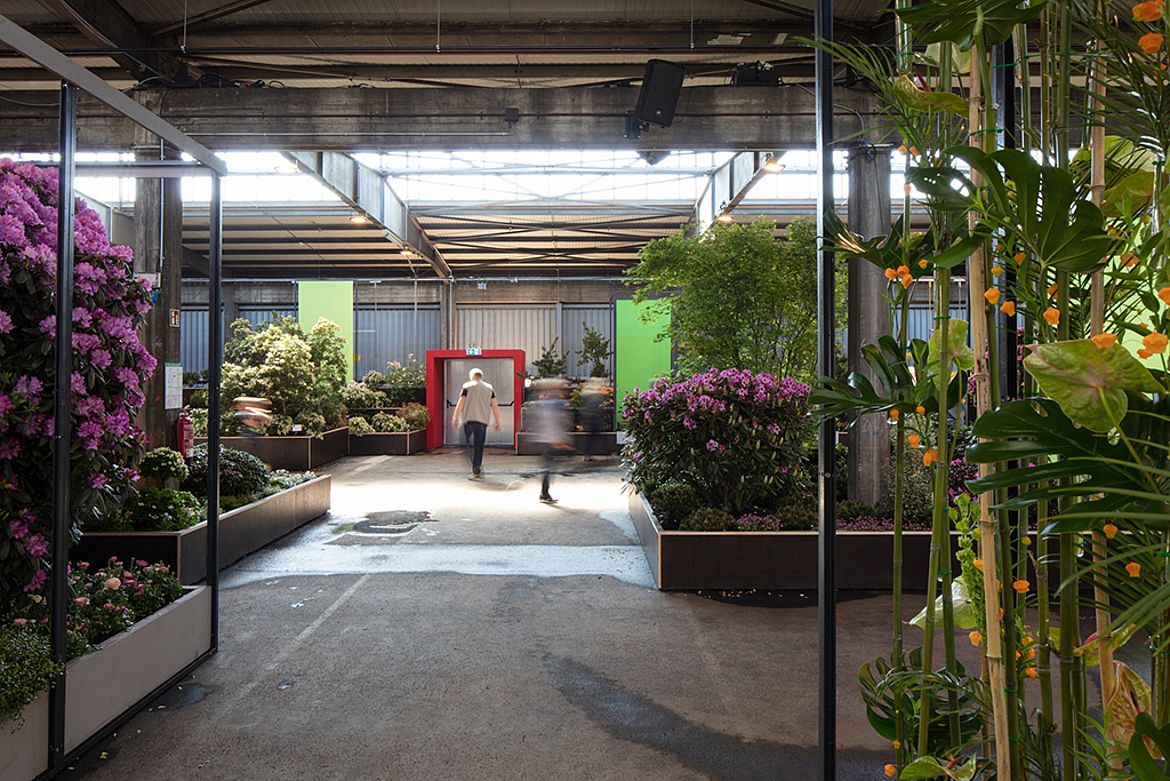 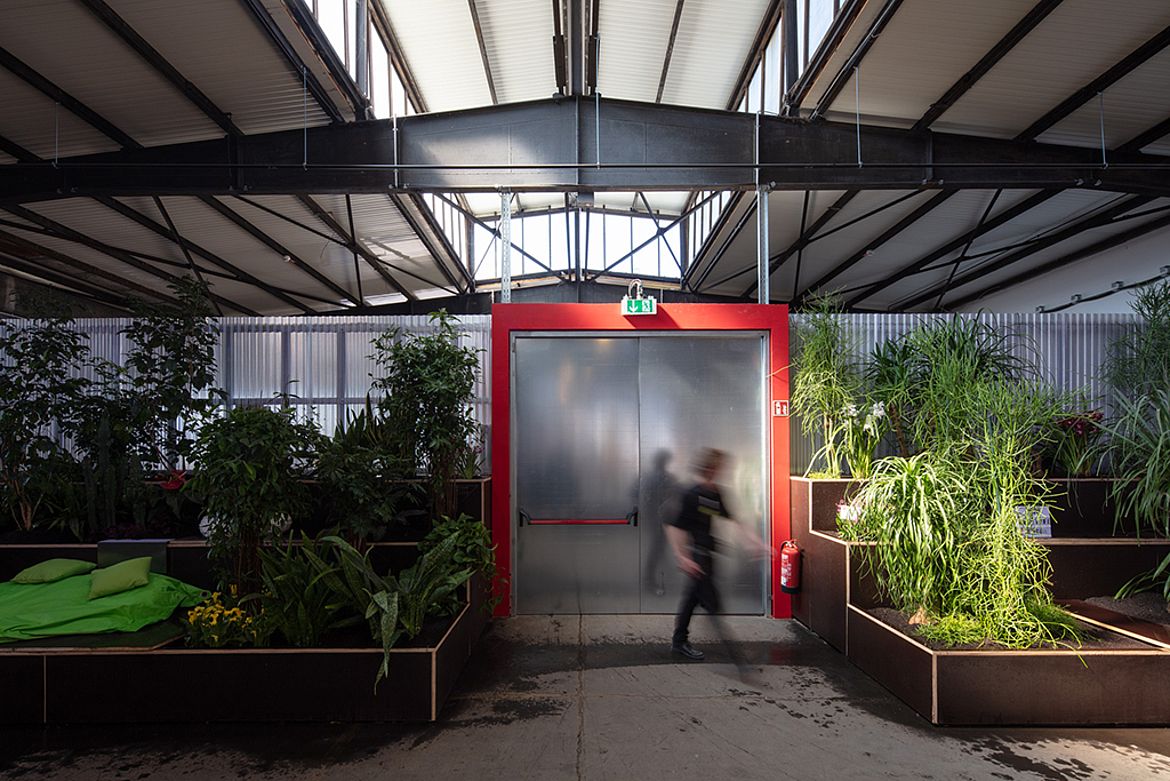 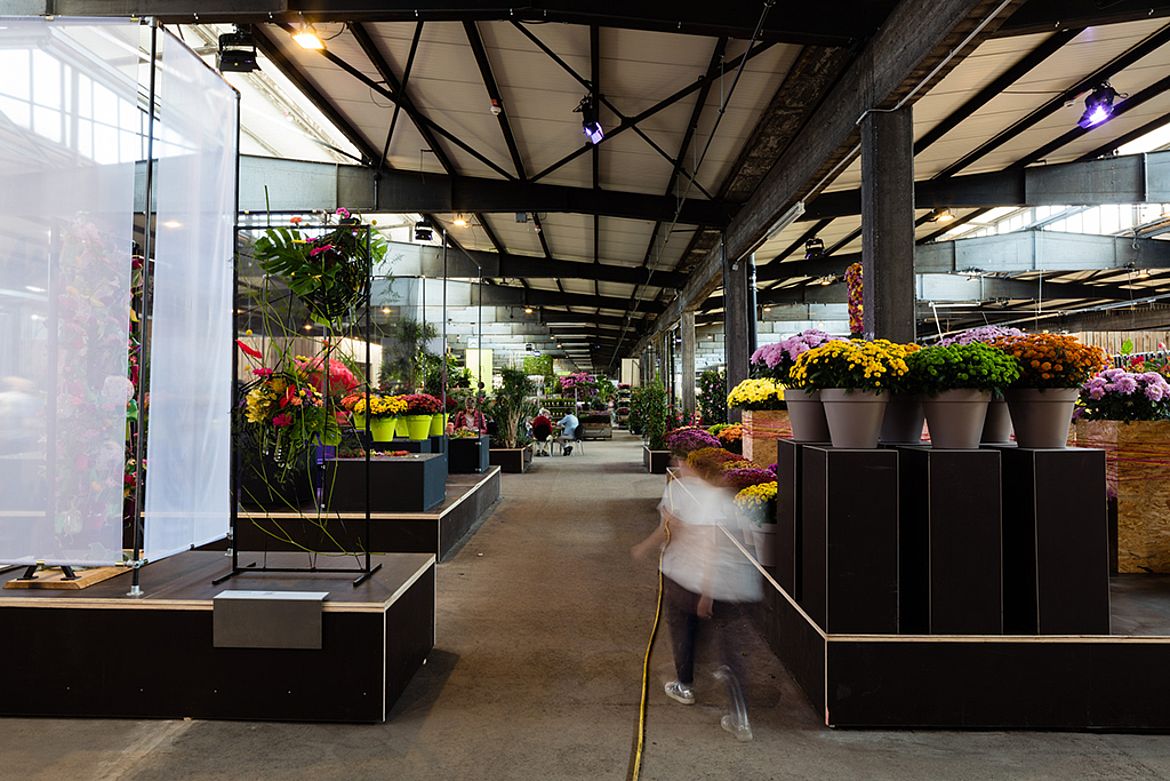 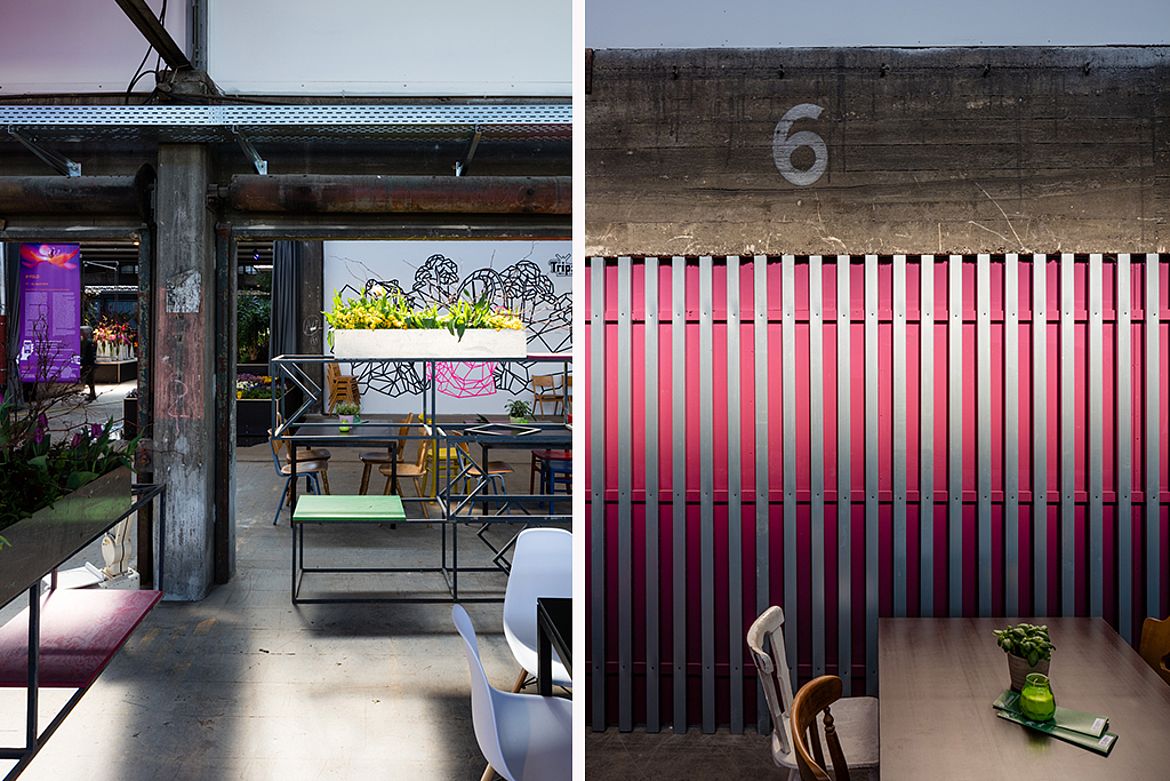 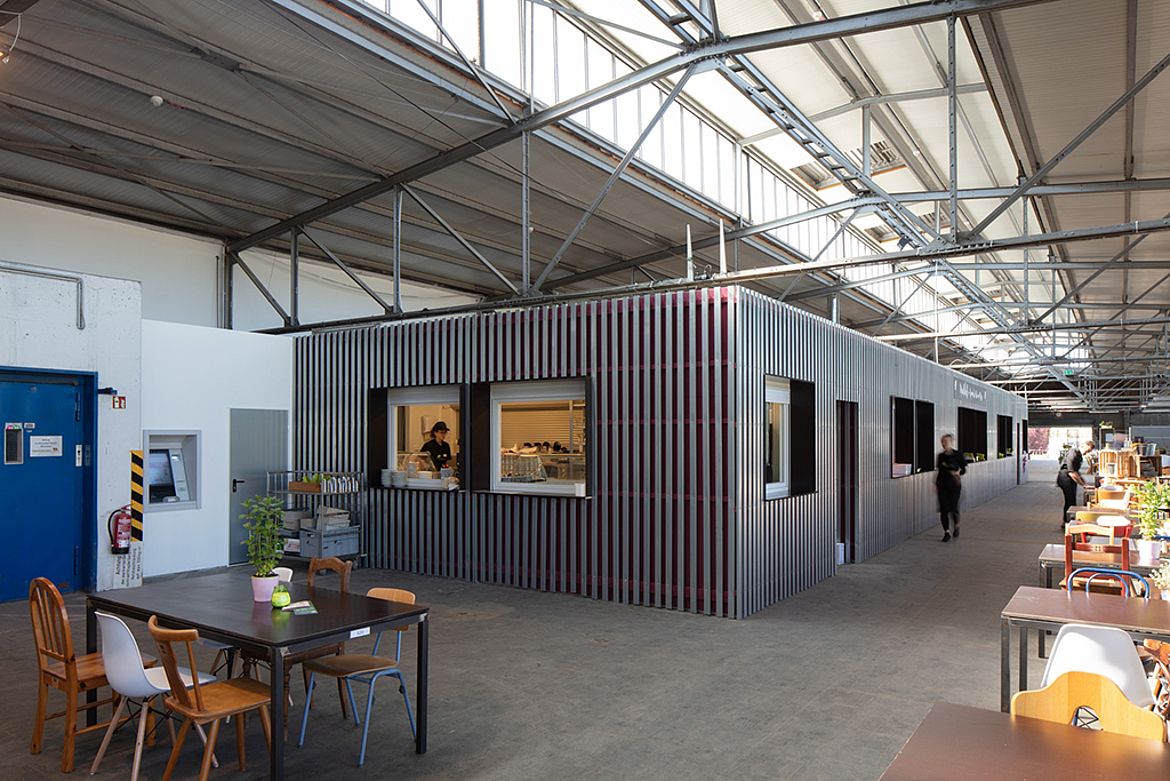 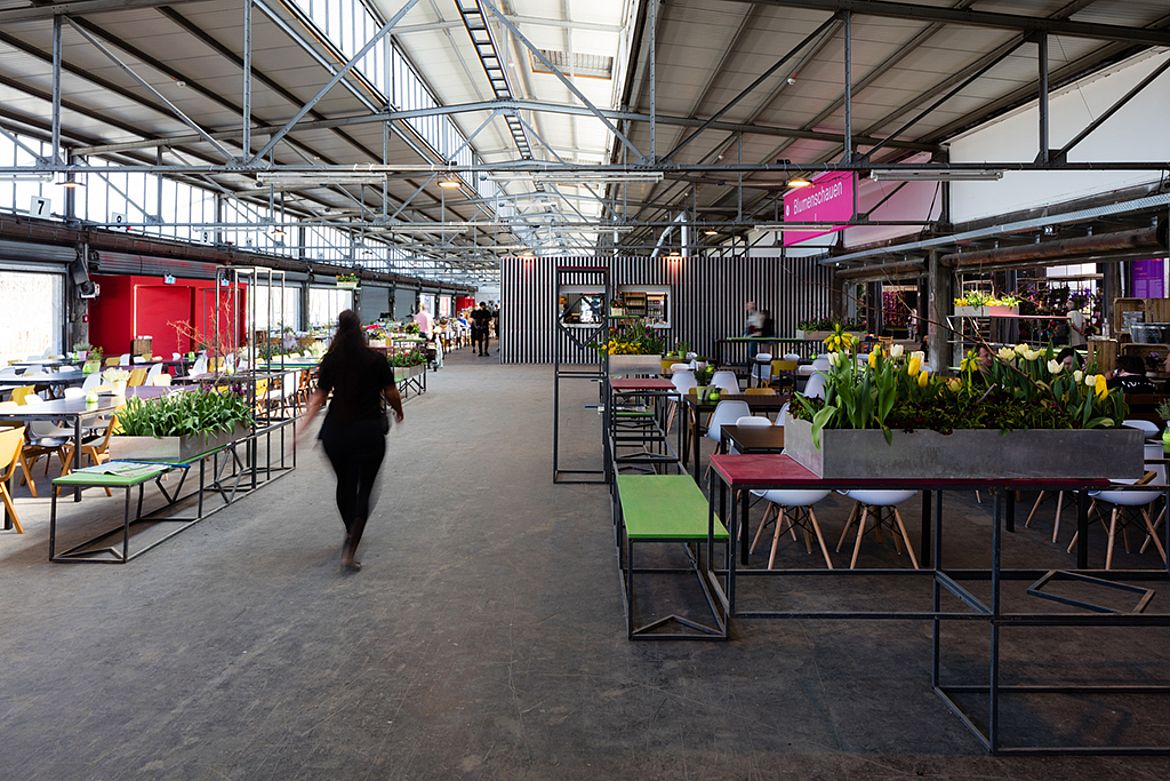 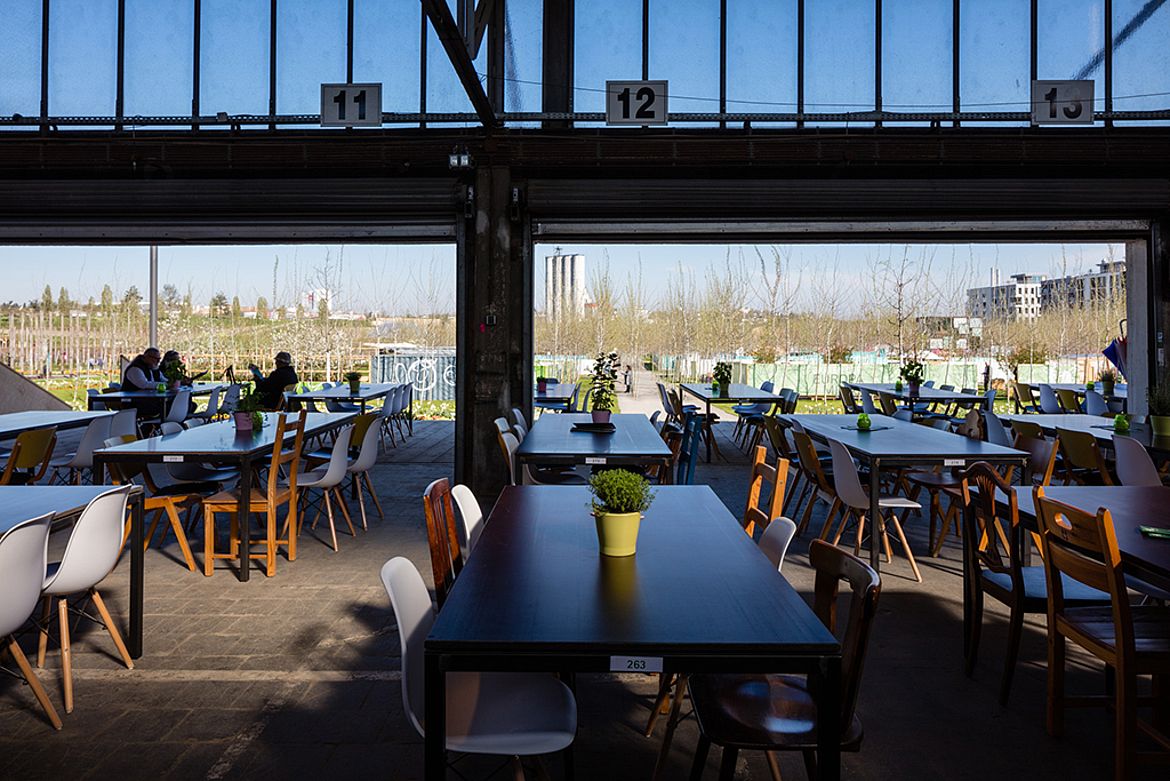 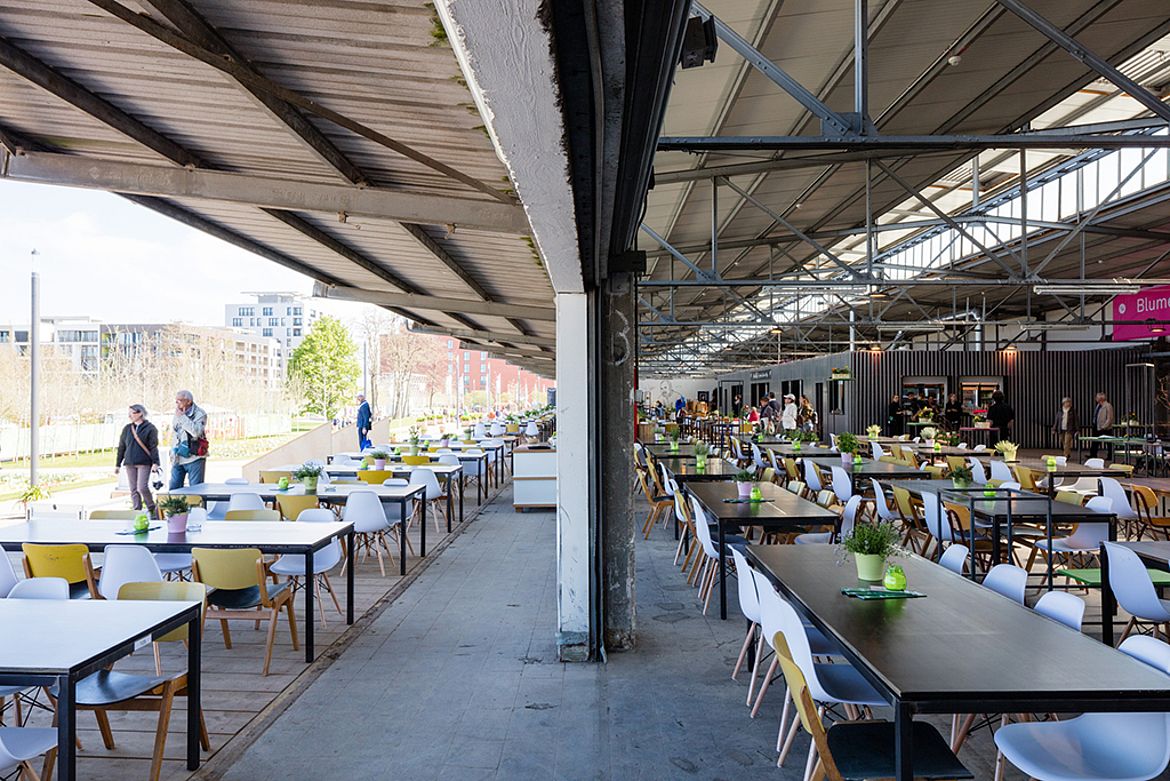 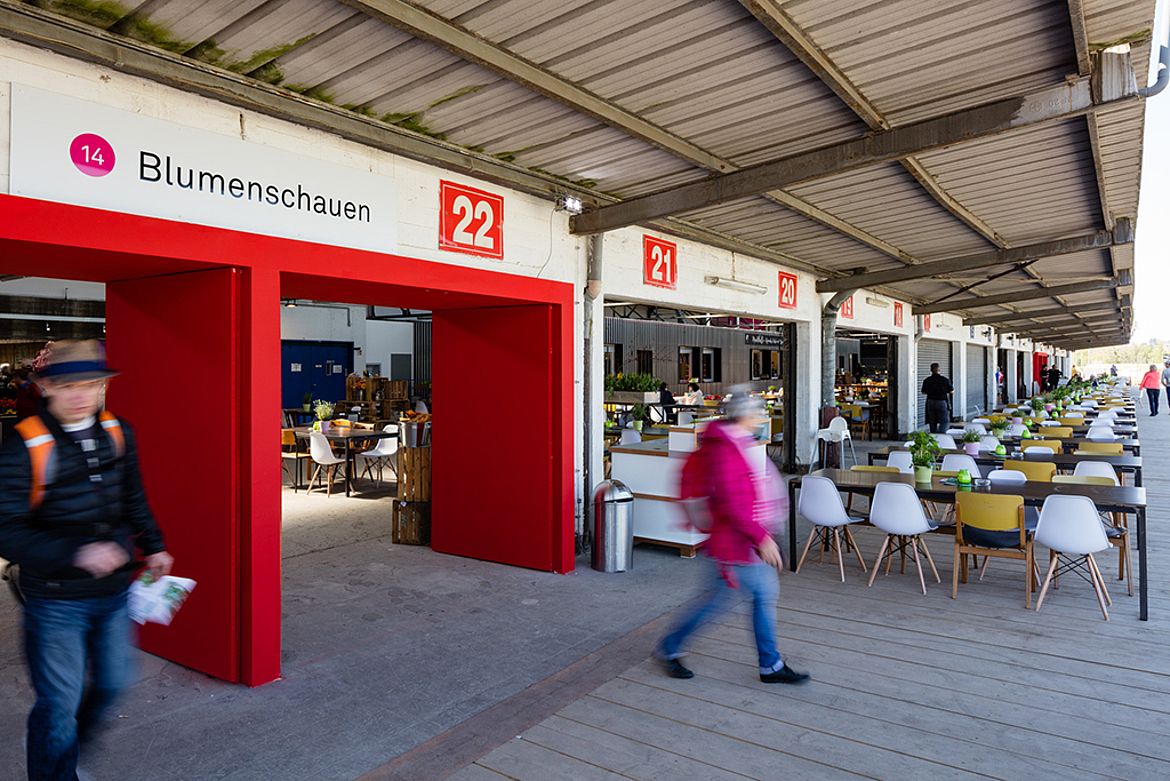 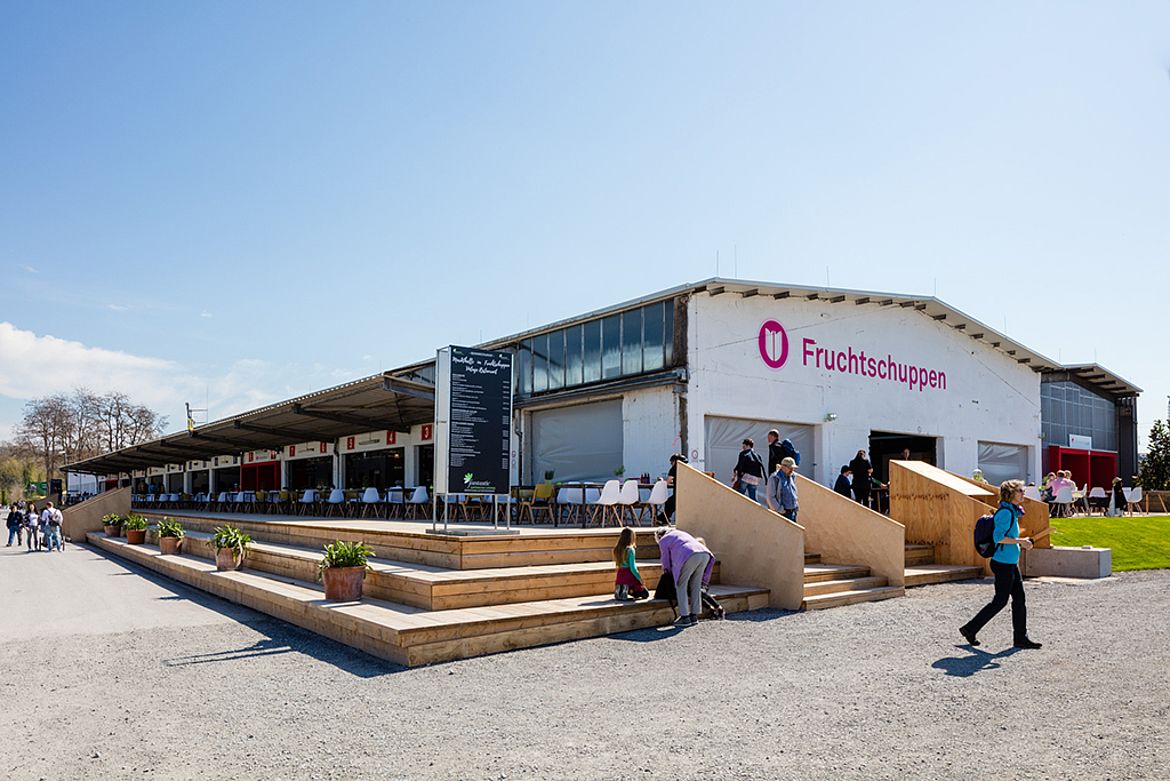 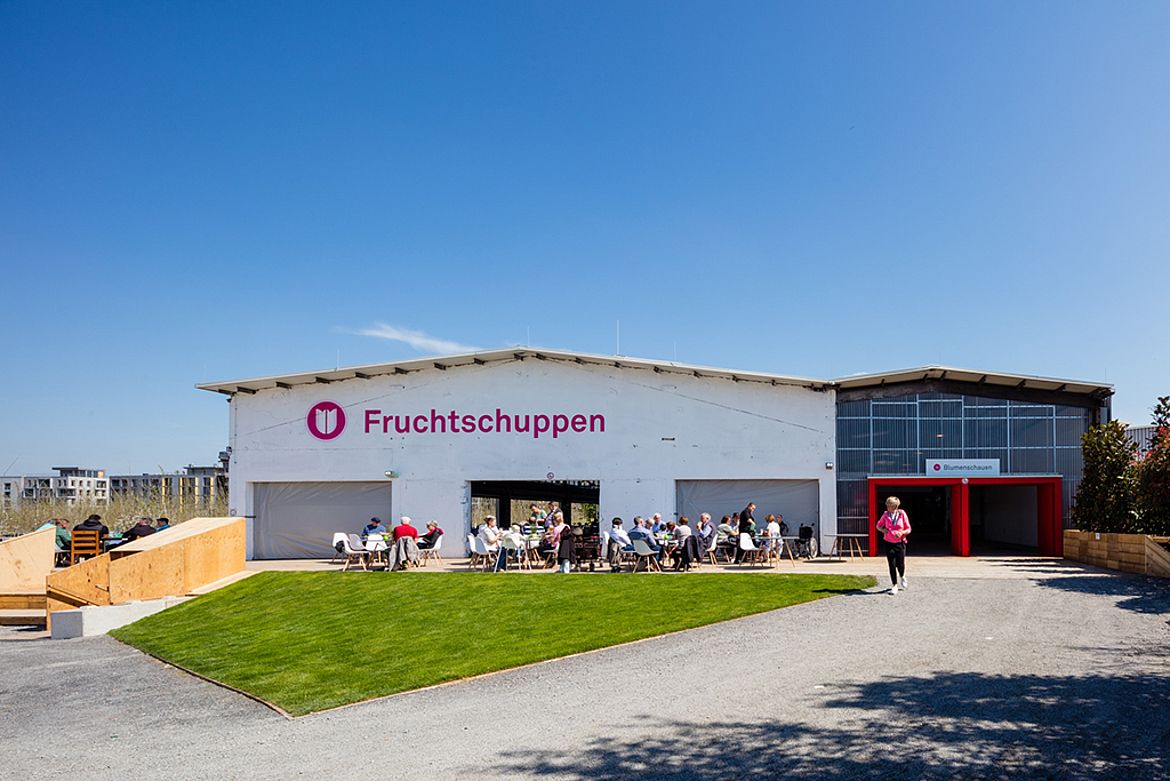 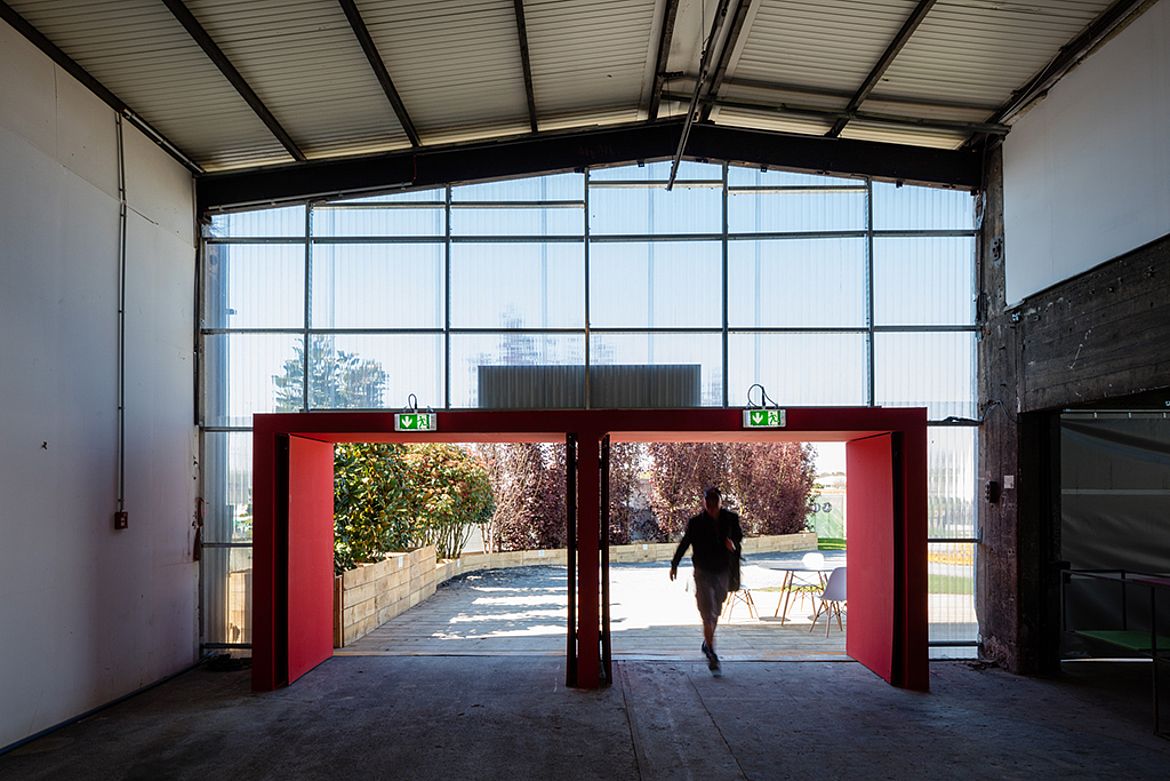 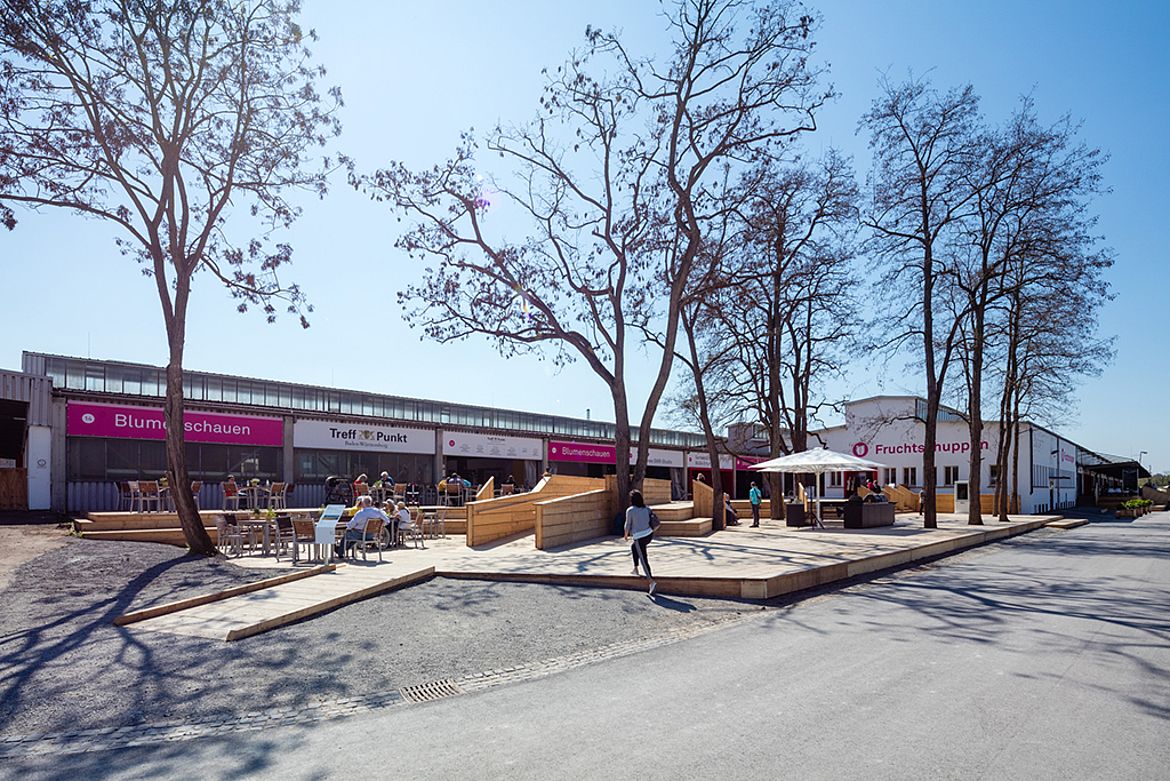 Federal Garden Show (BUGA) in Heilbronn: lots of new and something old

The "Fruchtschuppen" (fruit shed) is the last witness of a former industrial and harbour area between railway tracks, the river Neckar and the Neckar canal in Heilbronn. In the former cargo hall of the railway from the 1950s, freight trains used to park in order to be unloaded. The 40-hectare area around the "Fruchtschuppen" was recently used for storage purposes. In the course of the construction of the Federal Garden Show (BUGA) in Heilbronn in 2019, however, it was transformed into a new urban quarter. In the new "Neckarbogen", a new mixed-use area was created next to a landscape park that opens onto the river. In contrast to previous Federal Garden Shows, people are already living here during the exhibition. After the end of the garden show, in October 2019, the city quarter will be extended into the park. The city of Heilbronn will thus receive a place on barely used inner-city areas where 3000 people will live and 1000 more will work in the future.
Apart from the "Alte Reederei", the "Fruchtschuppen" is the only existing building of the former goods port and railway station. The hall with a ground floor area of 8000 m² was rebuilt and adapted for the BUGA. The building is used as a flower hall with 23 changing flower shows, various exhibition areas, SWR radio studio, gastronomy and others. For this purpose, the building was upgraded to an assembly place with all necessary measures (e.g. fire protection) with a relatively tight budget in terms of area. After some planning and workshops (including the idea of an interim use before and after the BUGA), the city of Heilbronn decided to demolish the building after the garden show in order to make room for a new school. Therefore all installations have an ephemeral character, are raw and partly rented and will be dismantled after the BUGA. The fixtures are large pieces of furniture that have been placed in the four aisles of the "Fruchtschuppen". They divide them into different areas with various uses, while the existing hall construction remains visible and unobstructed. Three large wooden terraces with ramps and seating steps on the building mediate between the old fruit shed and the new surroundings. The two flower halls, each with an area of 1100 m², are divided by large, partly stepped flower bed installations. With these, gardeners and florists from all over Germany present their skills in alternating exhibitions. Each of the 23 thematic shows is based on a concept of modern fairy tales.