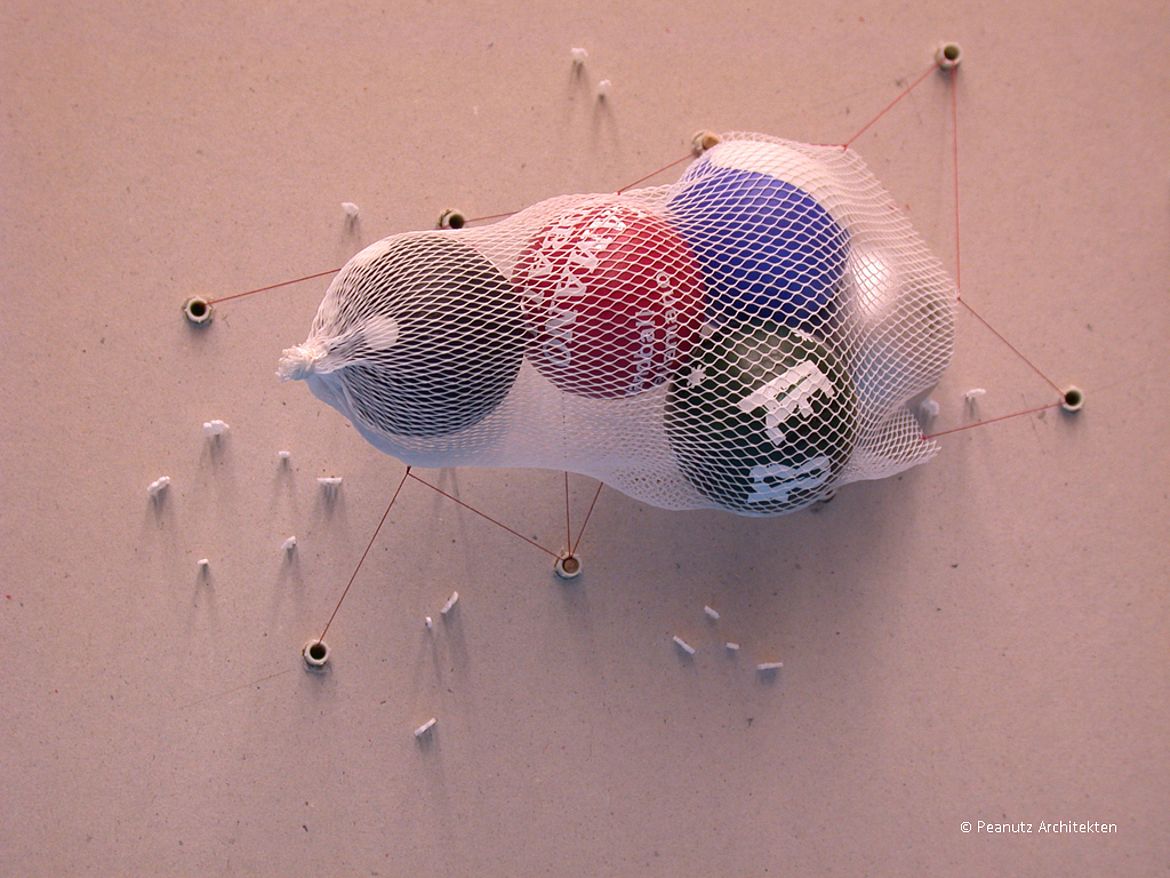 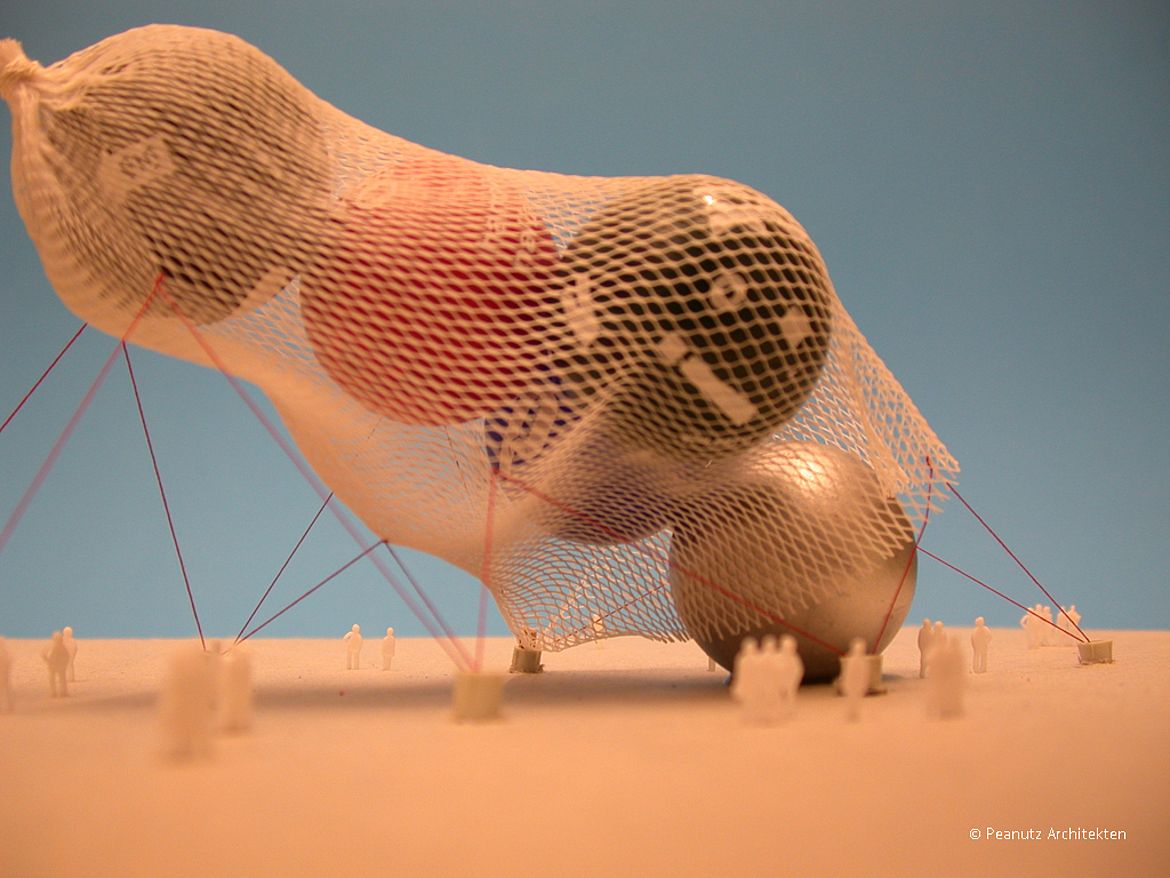 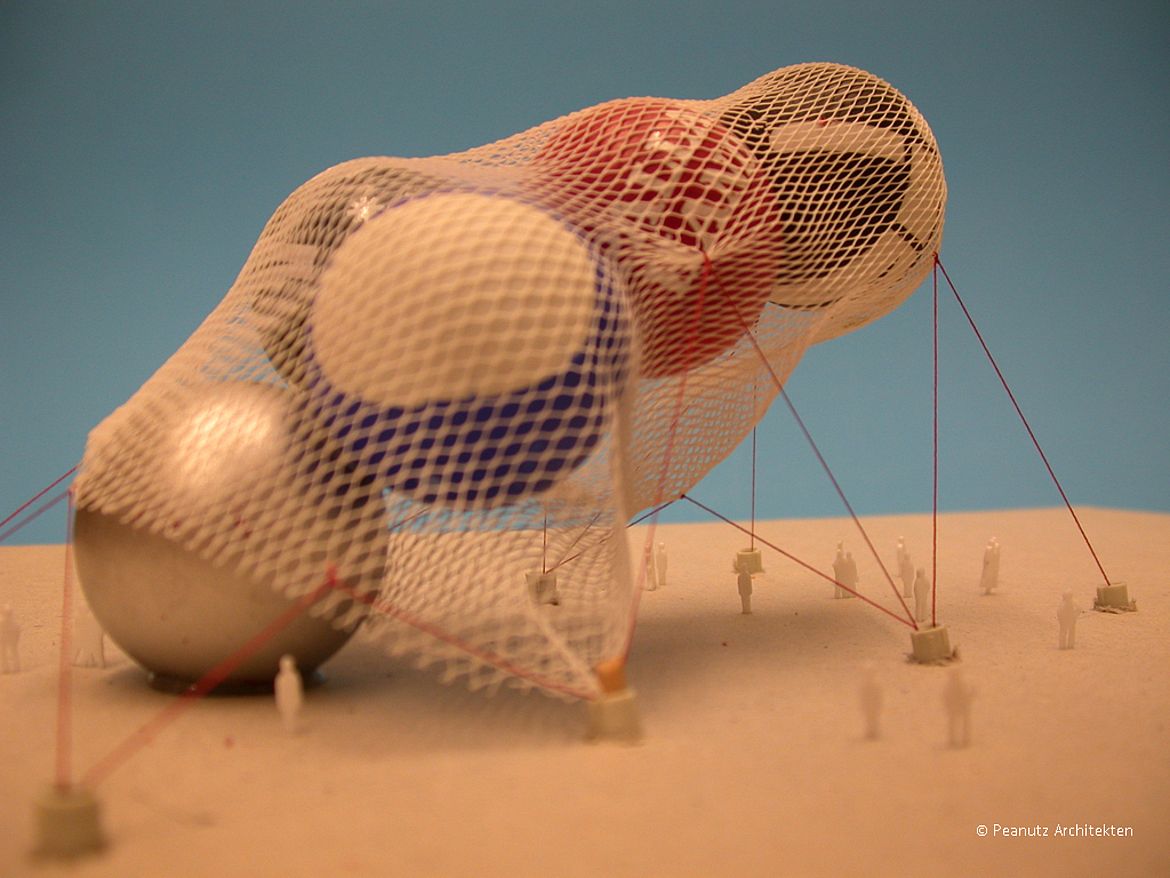 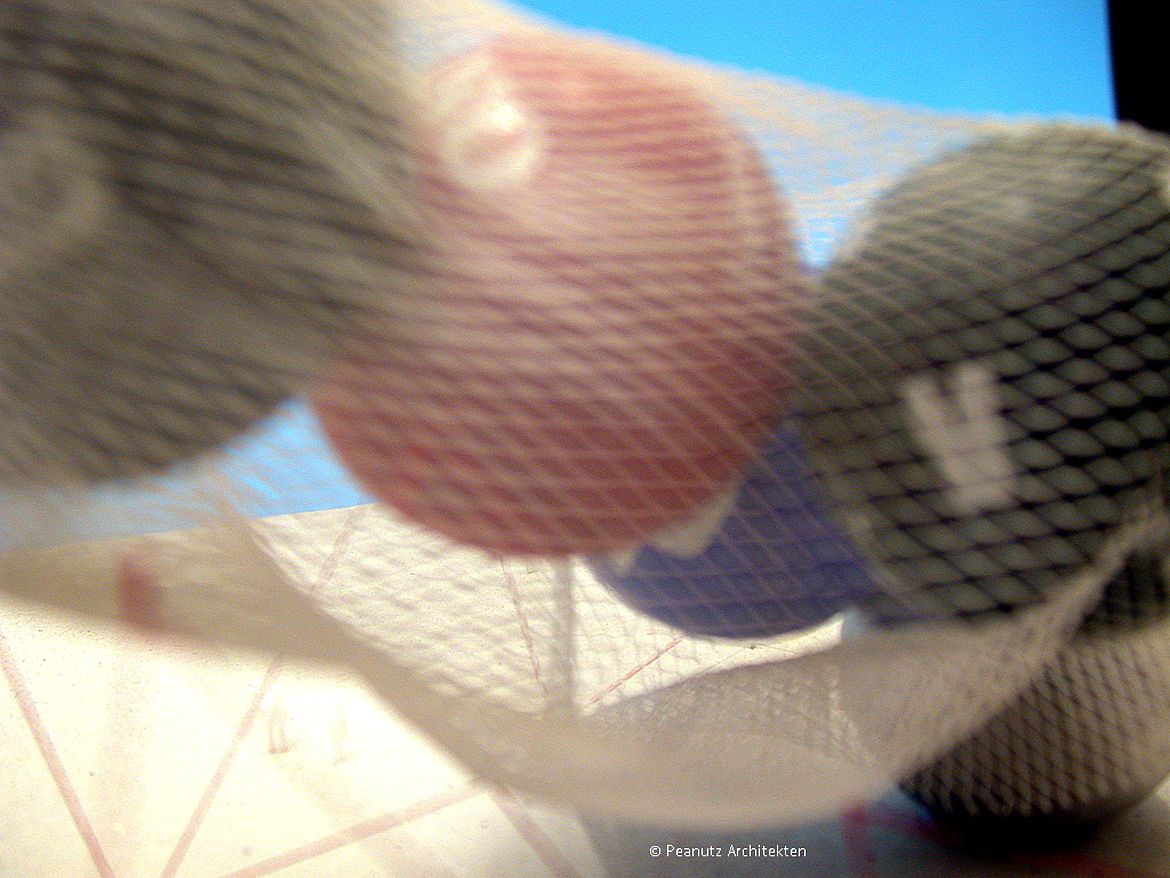 Olympic Landmark is an ephemeral sign for competitions during the Olympic Games. It will be a landmark and point to the entrance of the olympic venue.
It is a special interpretation of the five rings of the Olympic sign. Five balloons are filled with gas and are hold together by a net. To stop the net with the balloons from floating away, they are fixed to the ground with ropes and weights (tuns filled with concrete). The form of the landmark will change and move with the wind. An airship will bring the landmark from one site to the other.