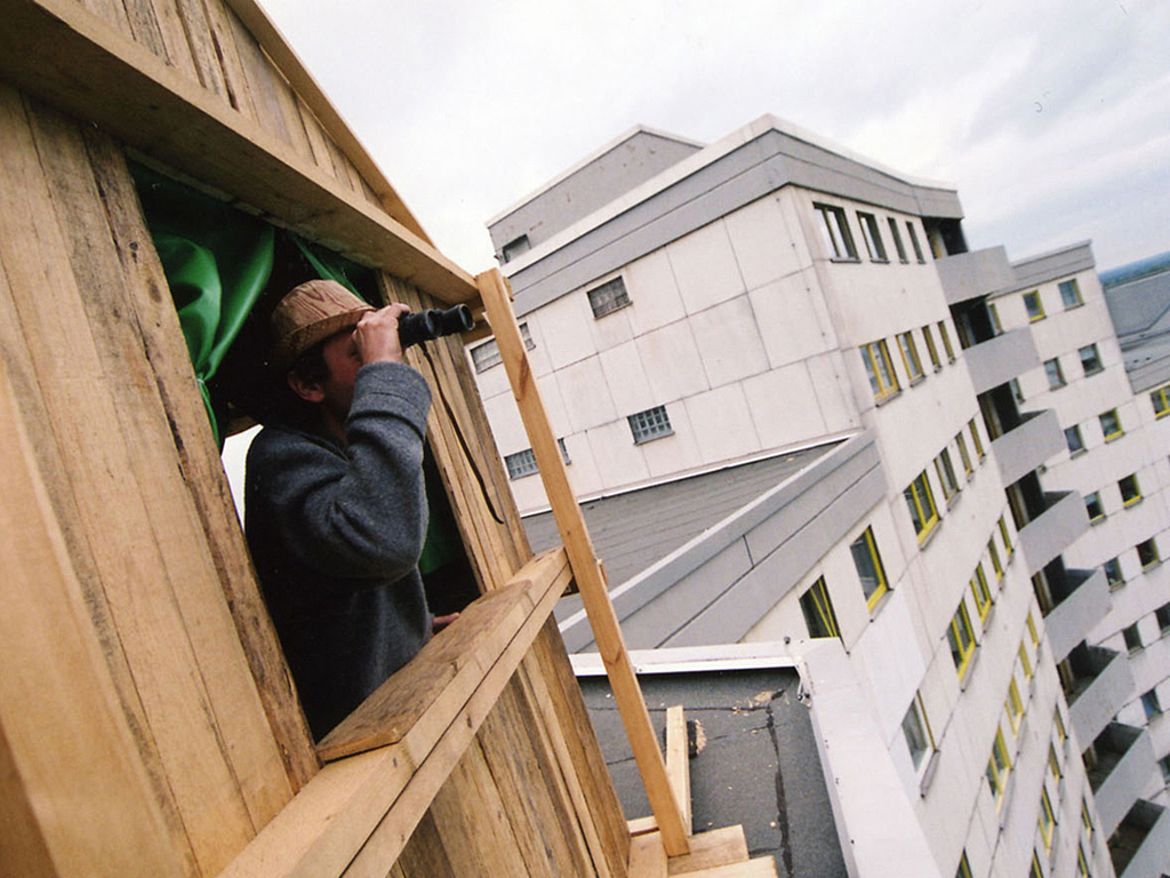 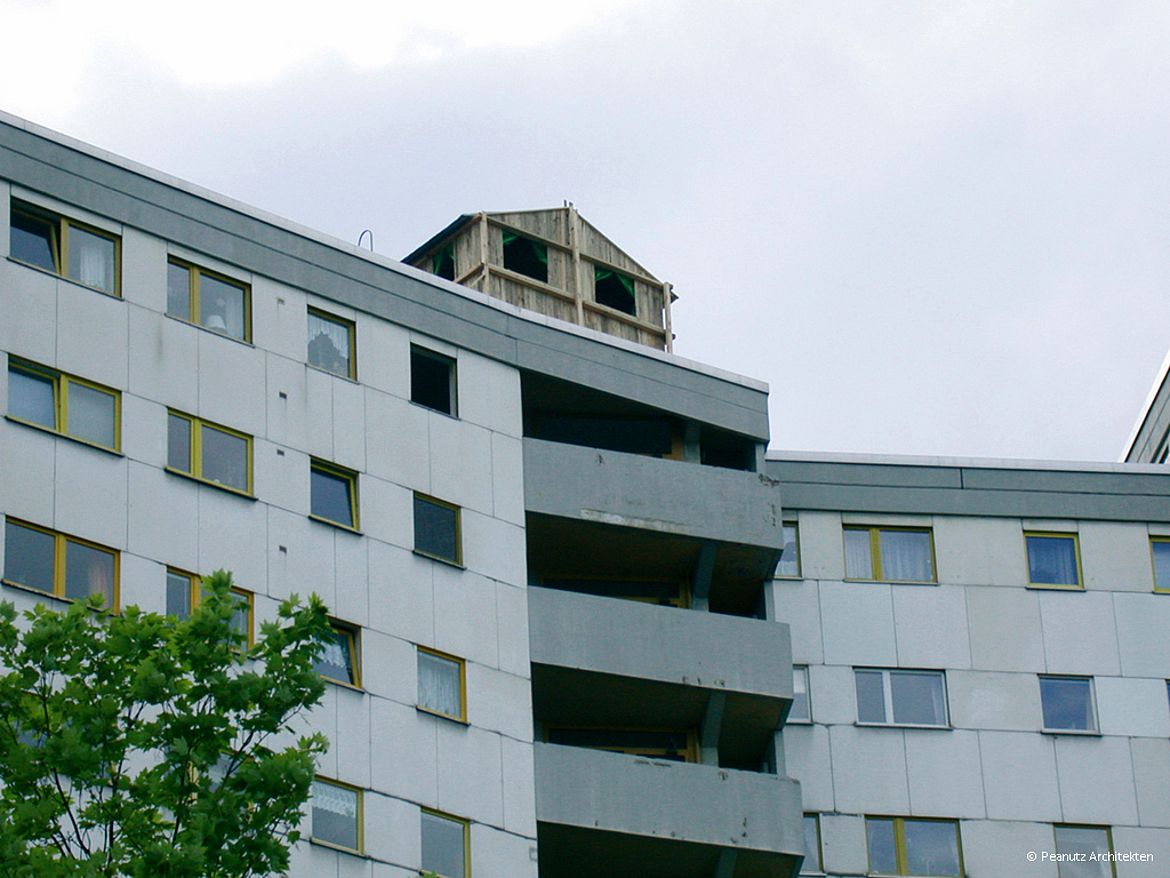 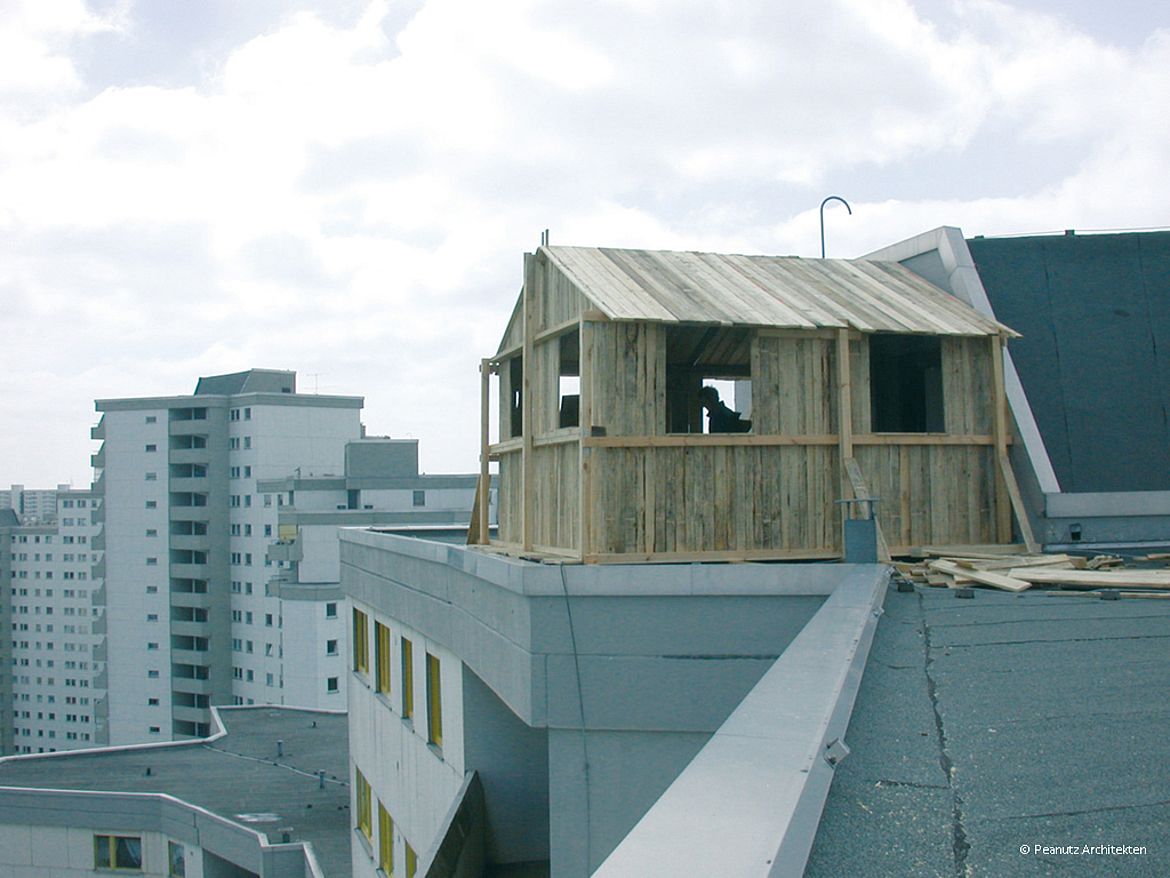 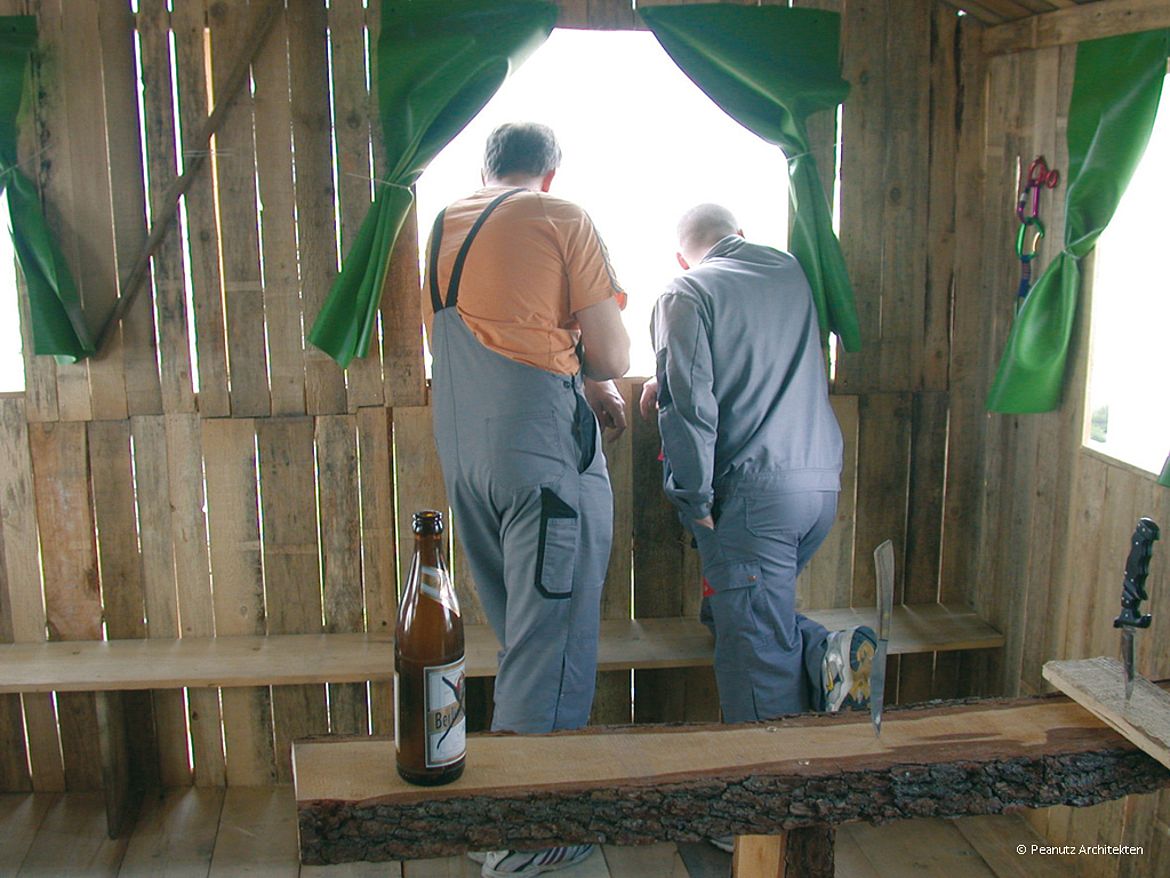 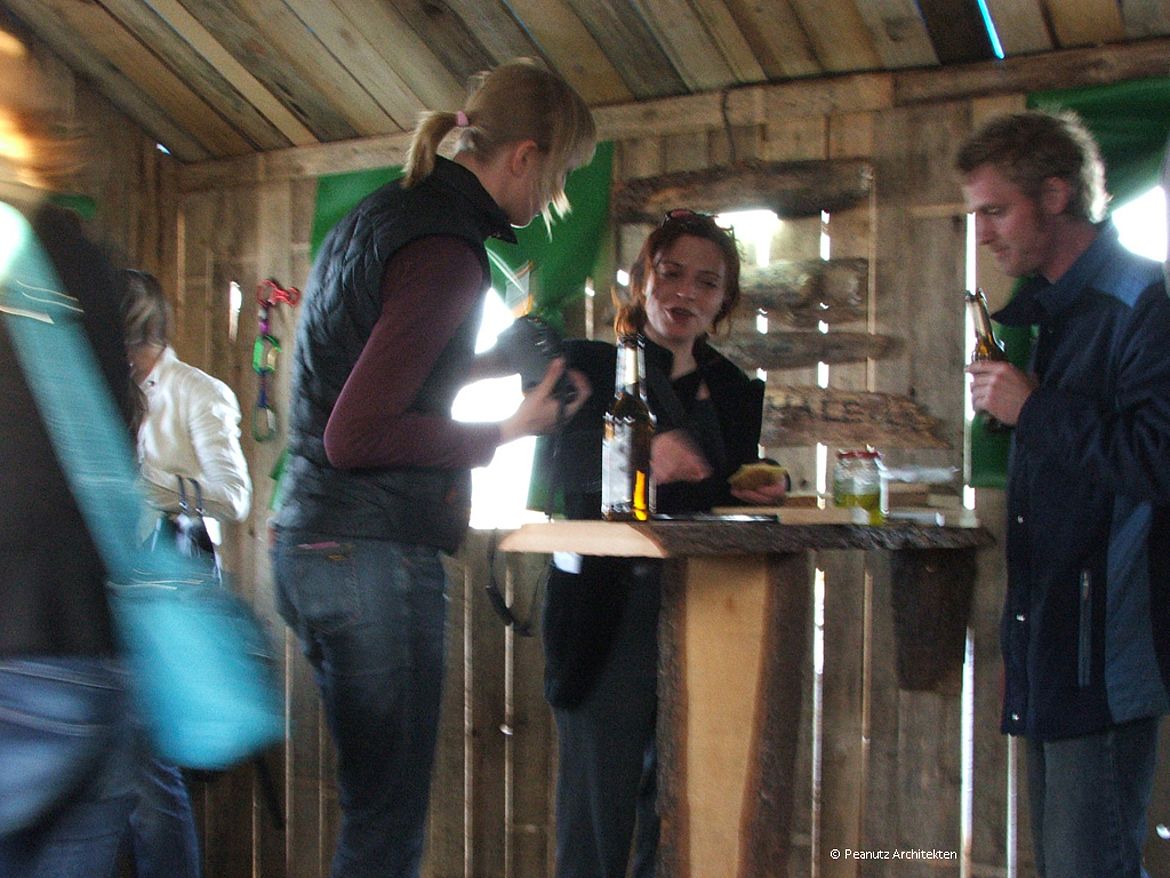 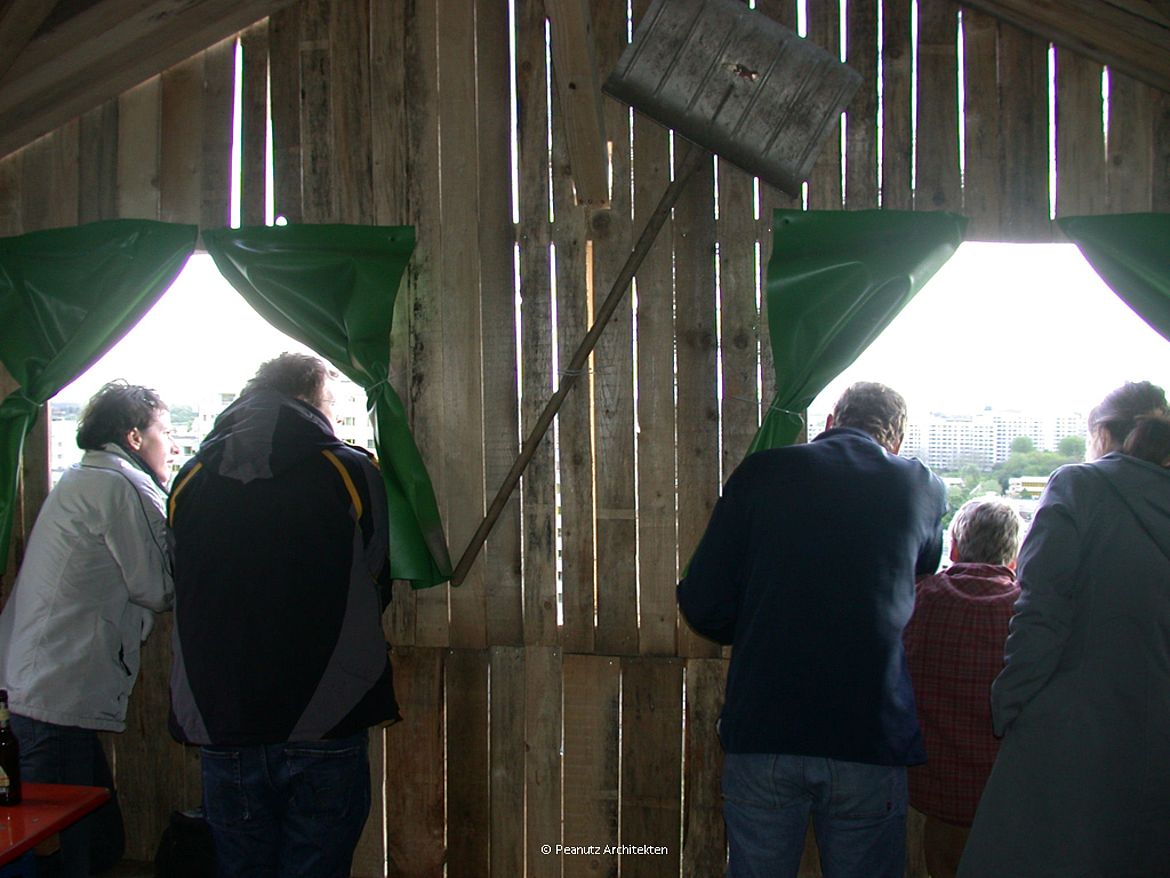 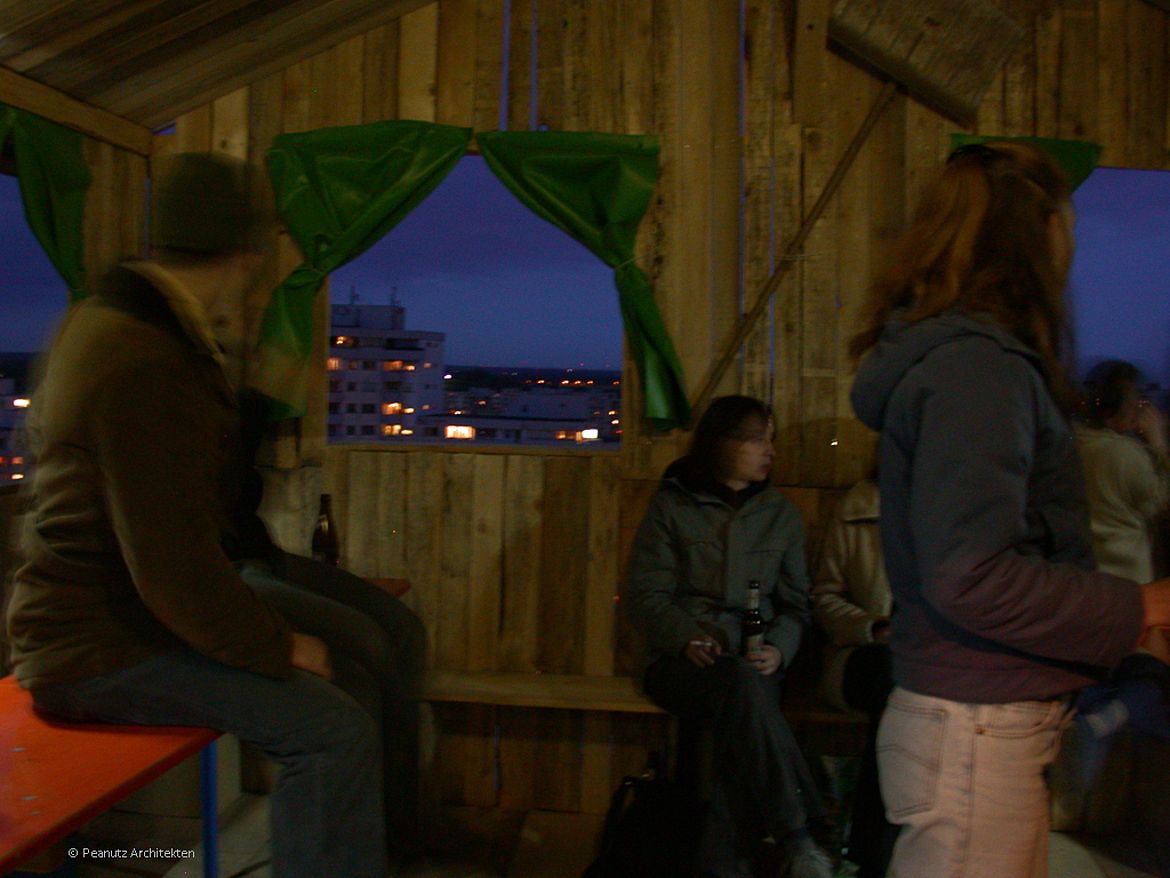 The city as a surface for superimposition

The Märkisches Viertel (MV) is a large housing estate, with 17,000 apartments for 50,000 people and was built from 1963 to 1974. The first inhabitants came from redevelopment areas (e.g.Kreuzberg SO 36), were displaced and partly lost their urban identity and the reference to the old neighborhood.

For a long time, there was'nt much told abaut the MV, which was considered to be a grim new suburb, due to the lack of infrastructure. When the song "Mein Block" (1) by Sido came into the German radio charts, the quarter received new attention. Sido describes the district as "dirty", talks about sex, drugs, violence, about the inhabitants as misfits and that he does not miss anything in his quarter. He sings in the style of the American gangsta rap, which often describes life in the ghetto. Compared to the "Projects" in the US, the MV appears at first glance well maintained but also boring and empty, which certainly does not apply to the inhabitants. The song "Mein Block" creates a new, albeit projected, identity and manages to semantically reload the image of MV.

While researching in a youth club in the district, we met a lot of hip-hop fans in the style of gangsta rapper. The youth told us of their adventures in the so-called ghetto MV, but also about their snowboarding adventures in Tyrol, Austria. Gangsta Rap and skiing holiday in Ischgl, Austria, both is part of their identity. Due to this discovery we had the idea of the mountain hut. It is an exaggerated projection of an alpine idyll. So this is how Peanutz Architekten welcomed people to climb up to Märkische Hütte. The landlord Anton welcomed his guests with alpine delicacies and music. The Märkische Hütte took place on the roof of the skyscraper, Senftenbergring 76, Berlin-Märkisches Viertel and was part of the project »X-Wohnungen« of the theater Hebbel-am-Ufer (HAU2)(2). 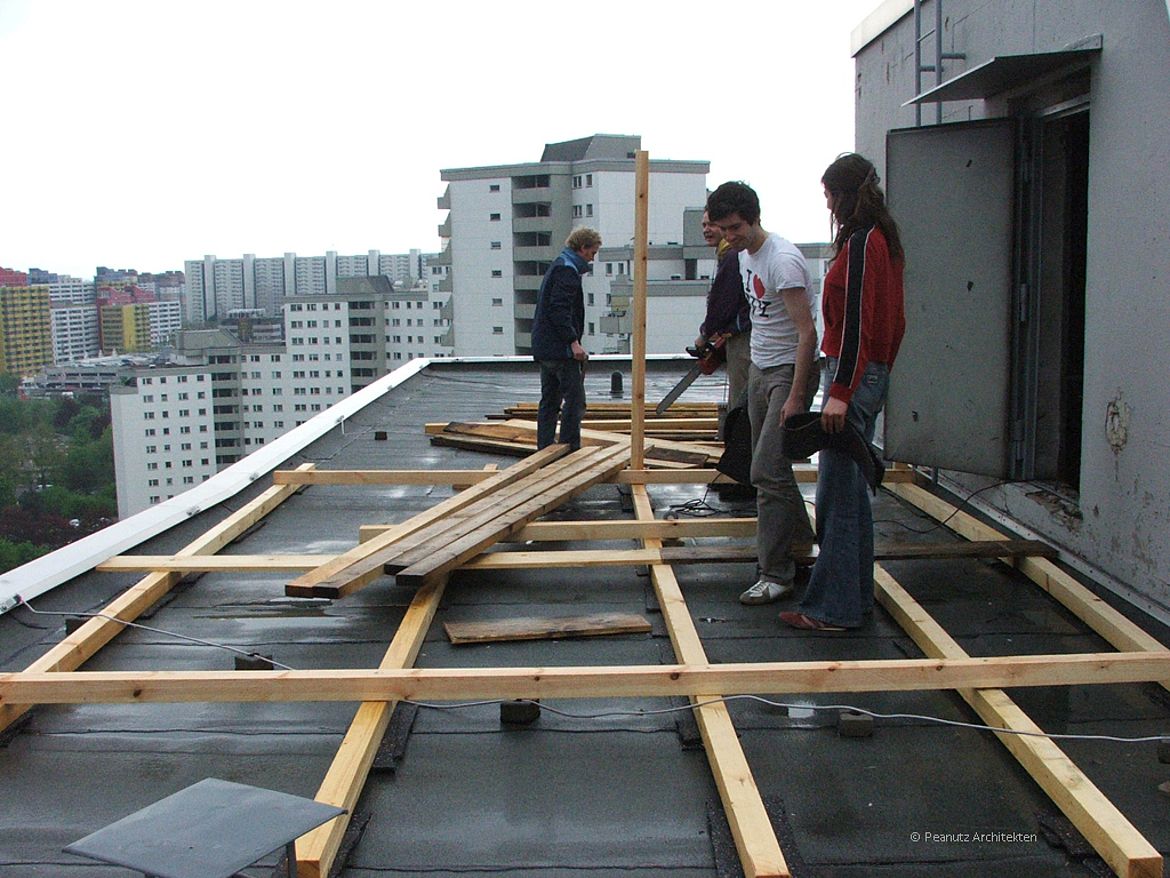 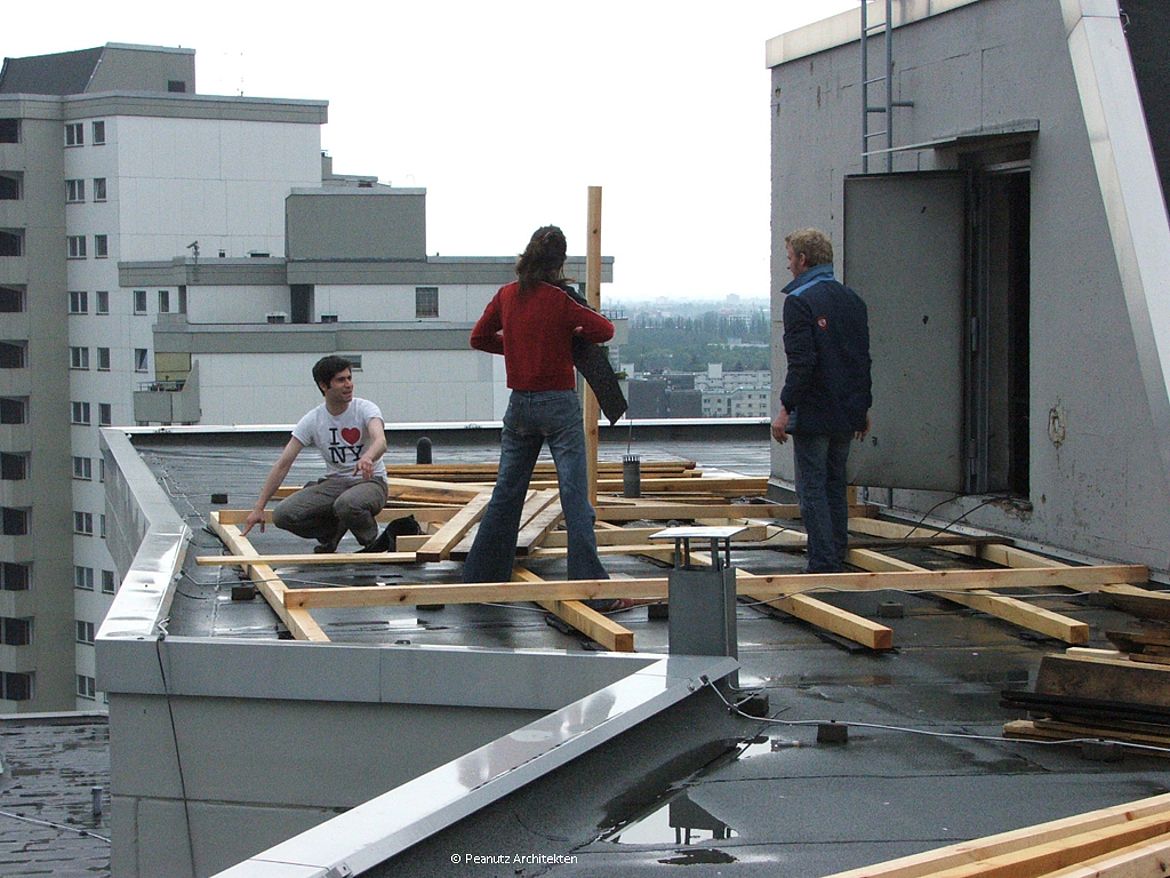 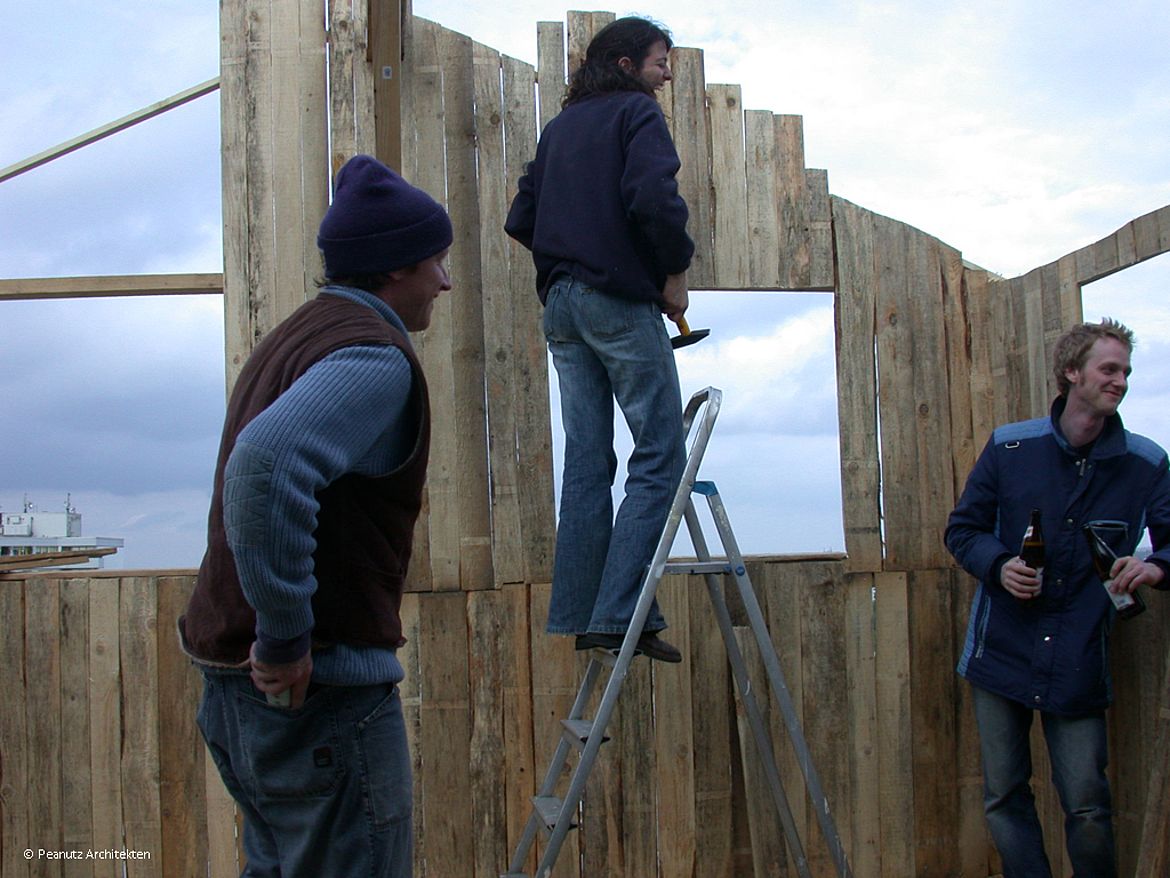 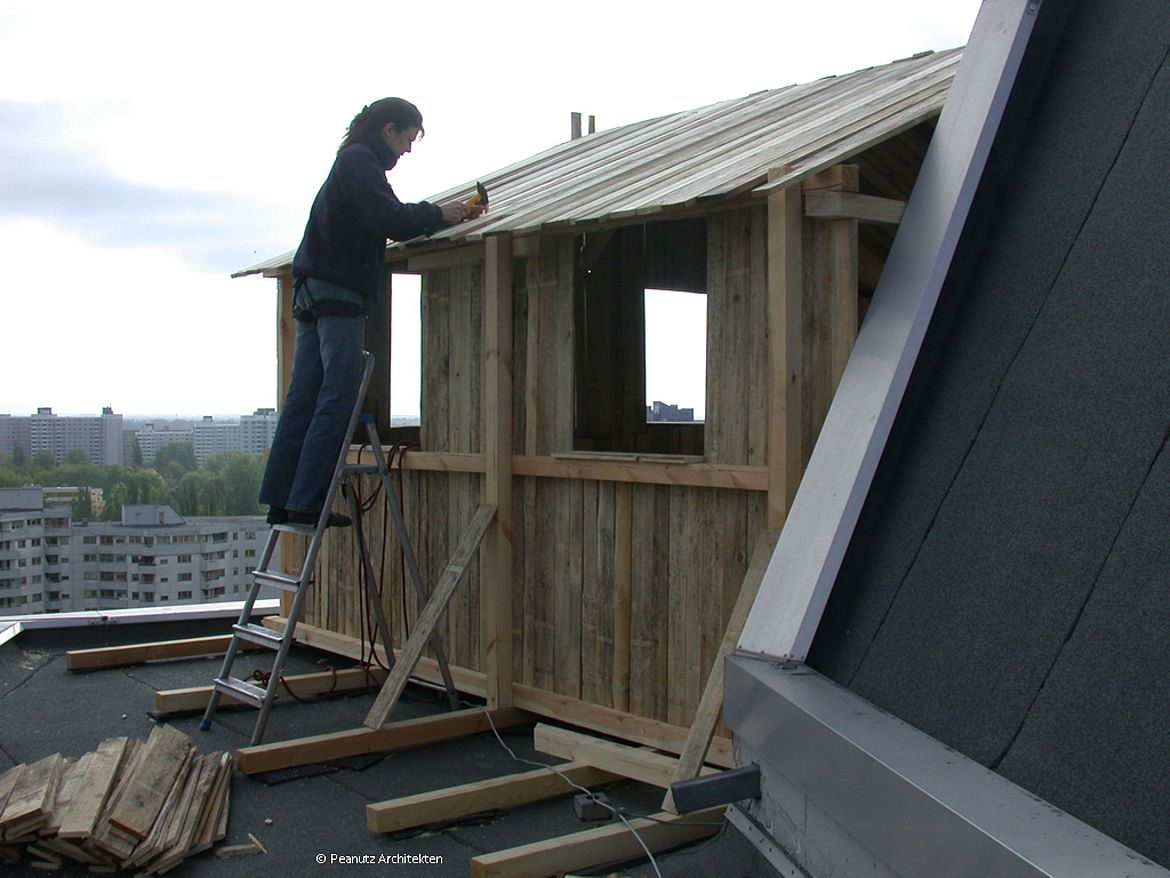