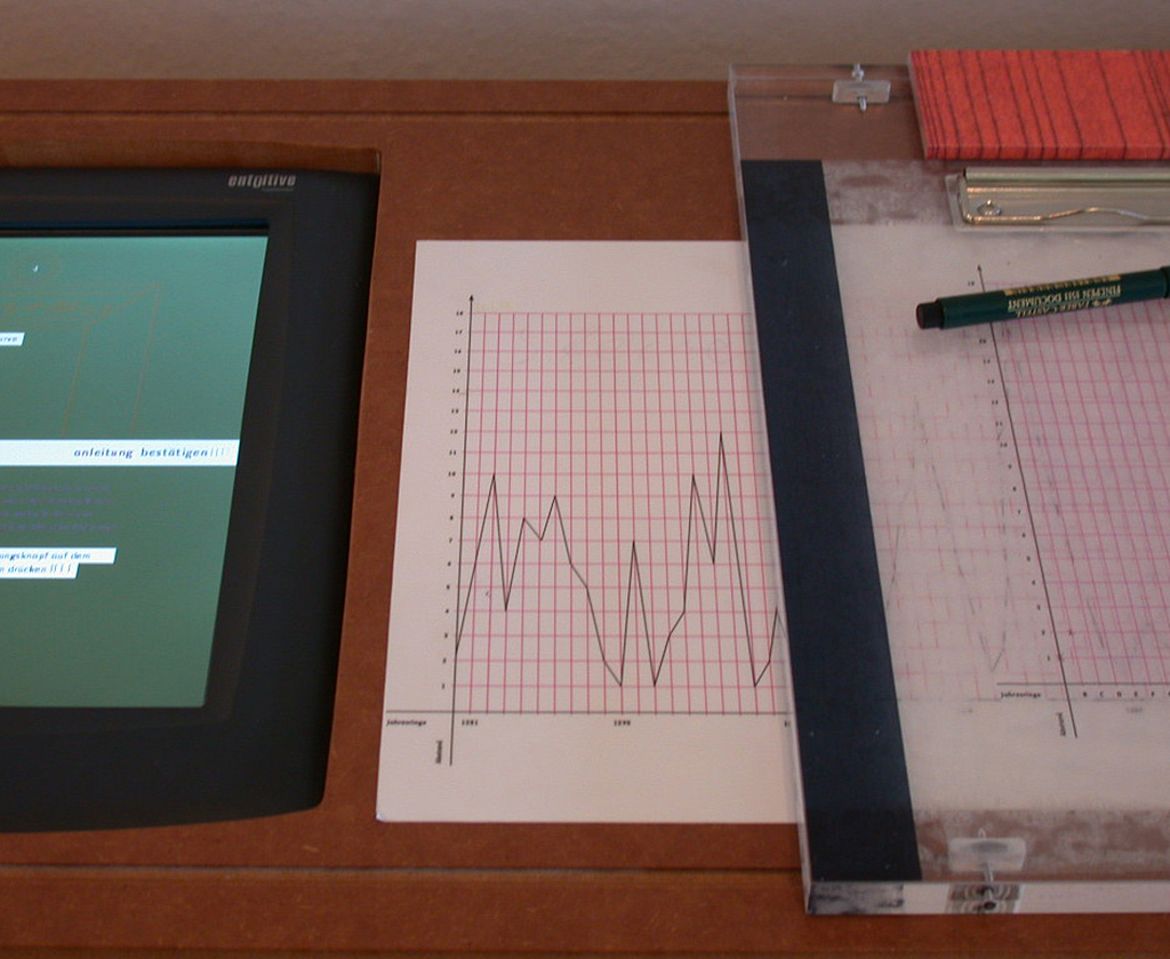 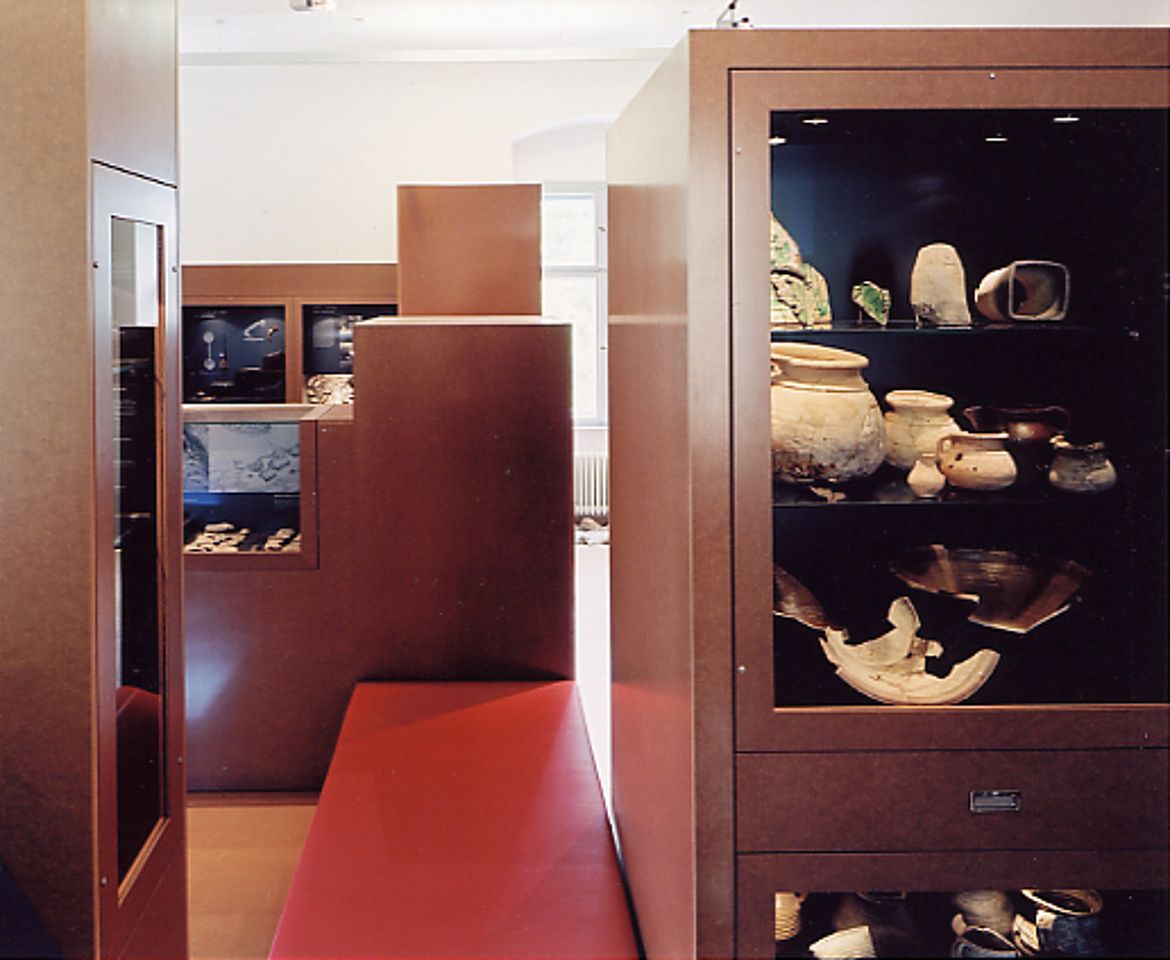 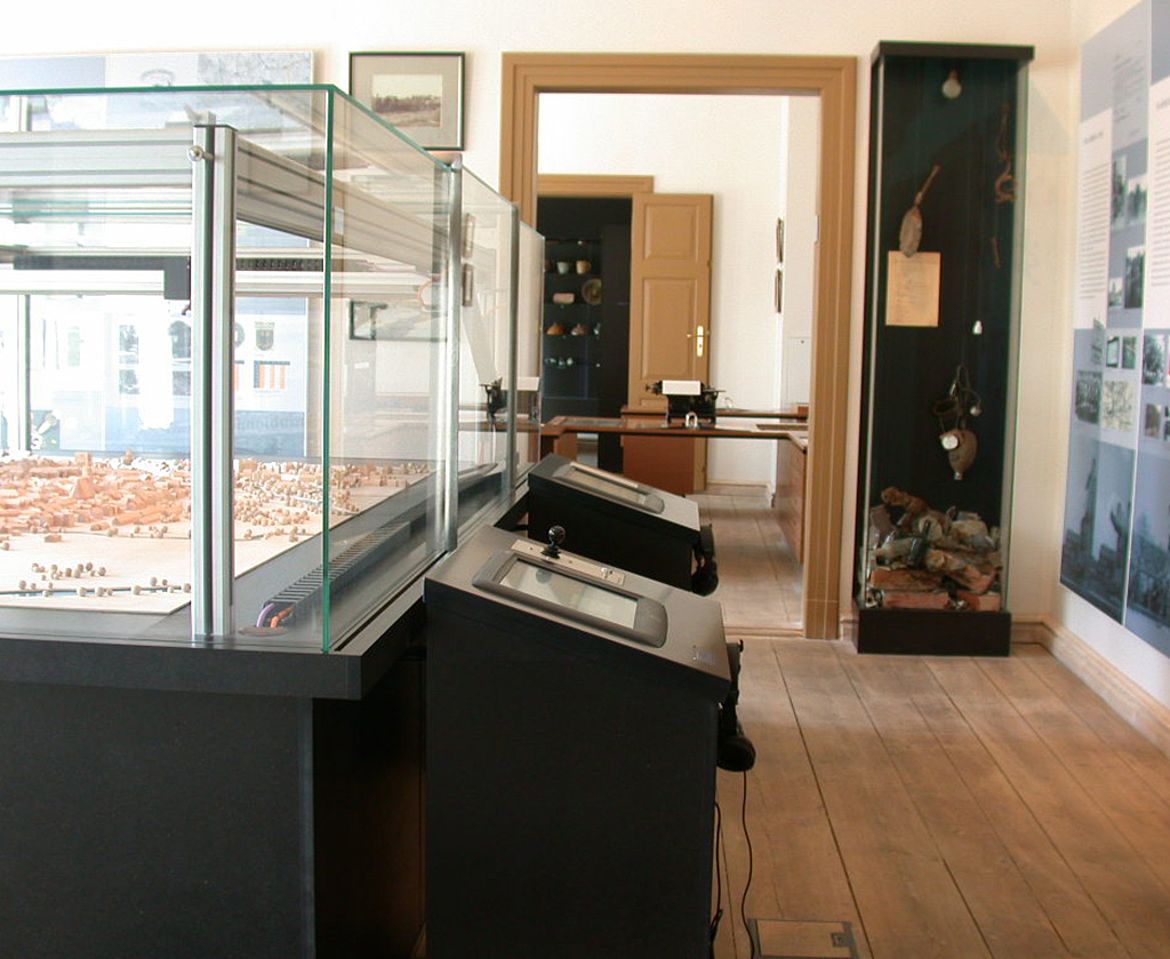 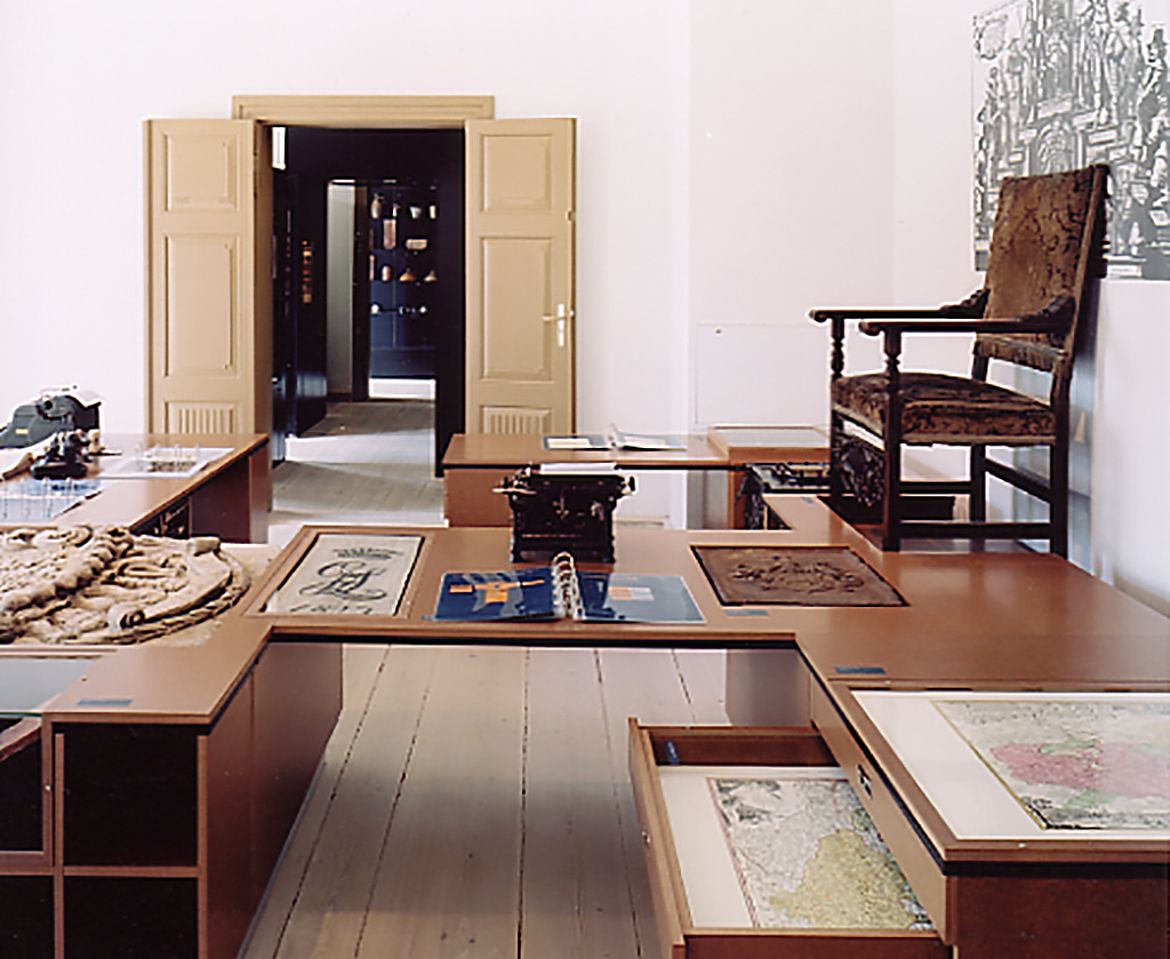 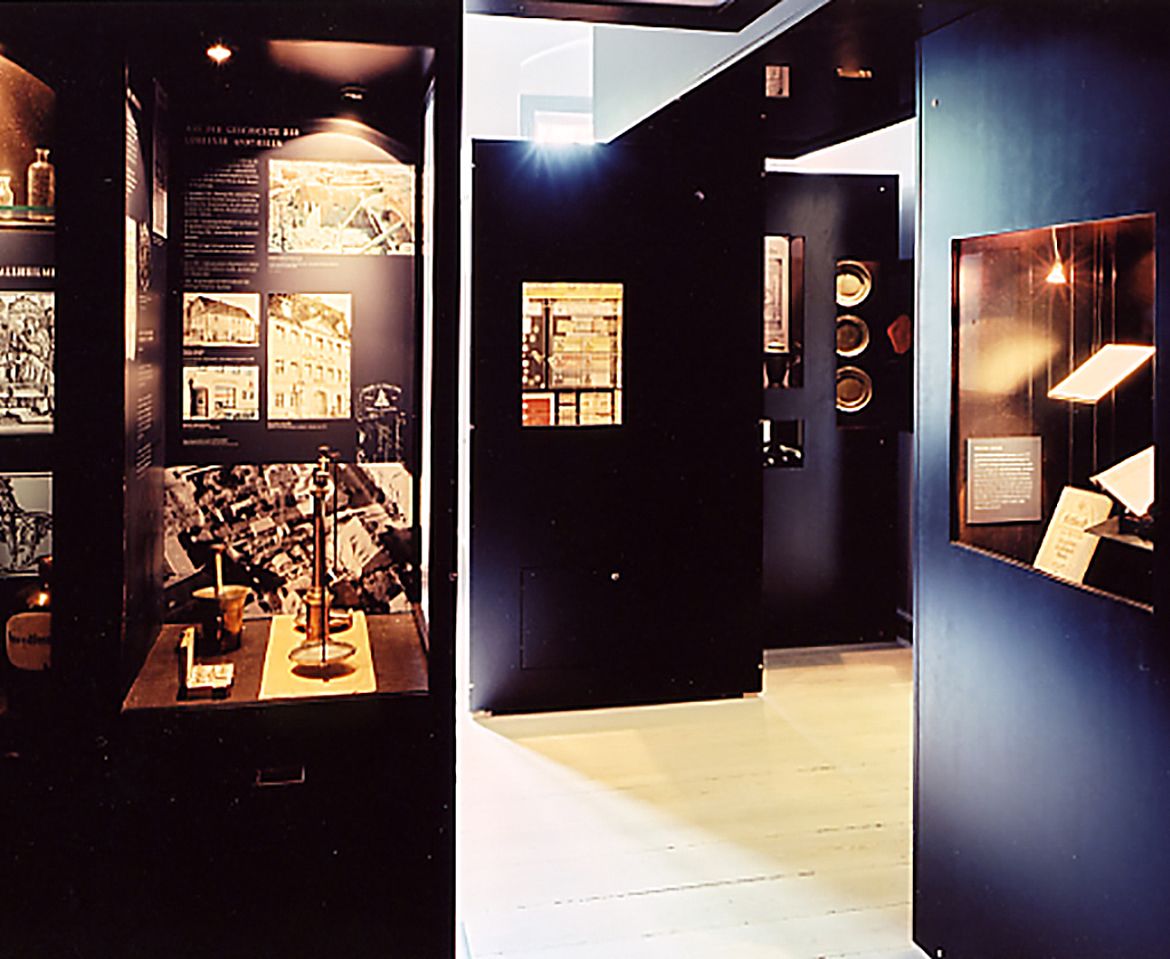 The City as a Model - Historical Data Base

The City of Luebben had been heavily destroyed at the end of the second world war. An architectural model has been built to show the situation before the destruction The first model was made with the support of aerial photographs, taken just before the destruction of the city. With the help of many elderly citizens, the model was corrected and built again.

Next to the model there are two consoles with a screen. The visitor can move a little video-camera above the model with a joystick and will see an aerial view on the screen, too. Next to the camera is a laser-beam. Certain buildings or sites of the model conceal particular information, like historical photographs, text, interviews, films, plans and more. If the laser-beam points at these positions, more information will be shown on the screen. Visitors can use the workstation as an archive, or can be guided and go on certain city-tours. The workstations are connected to a database, which can be easily changed or enlarged with more information by the staff of the museum.

The Interactive City Model is the prototype of the Archive of Disappeared Places (AVO) in Forst (Lusatia). 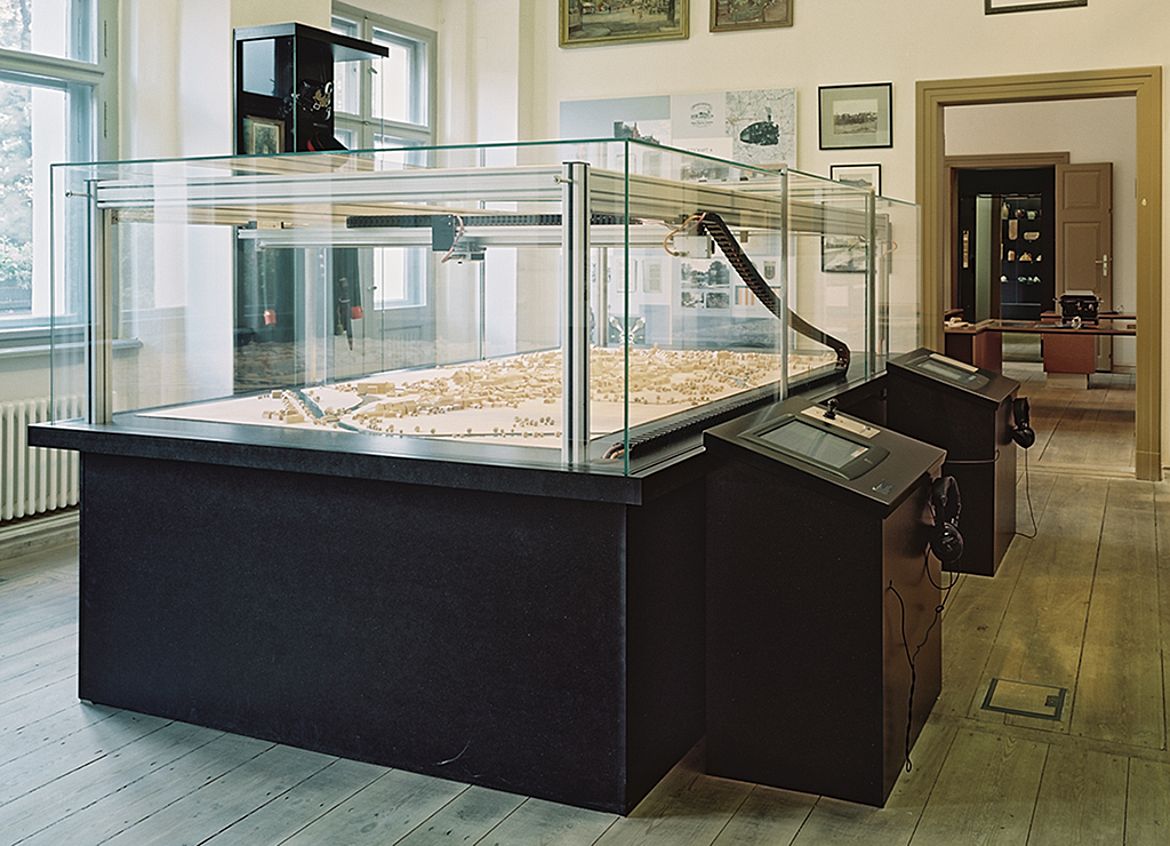 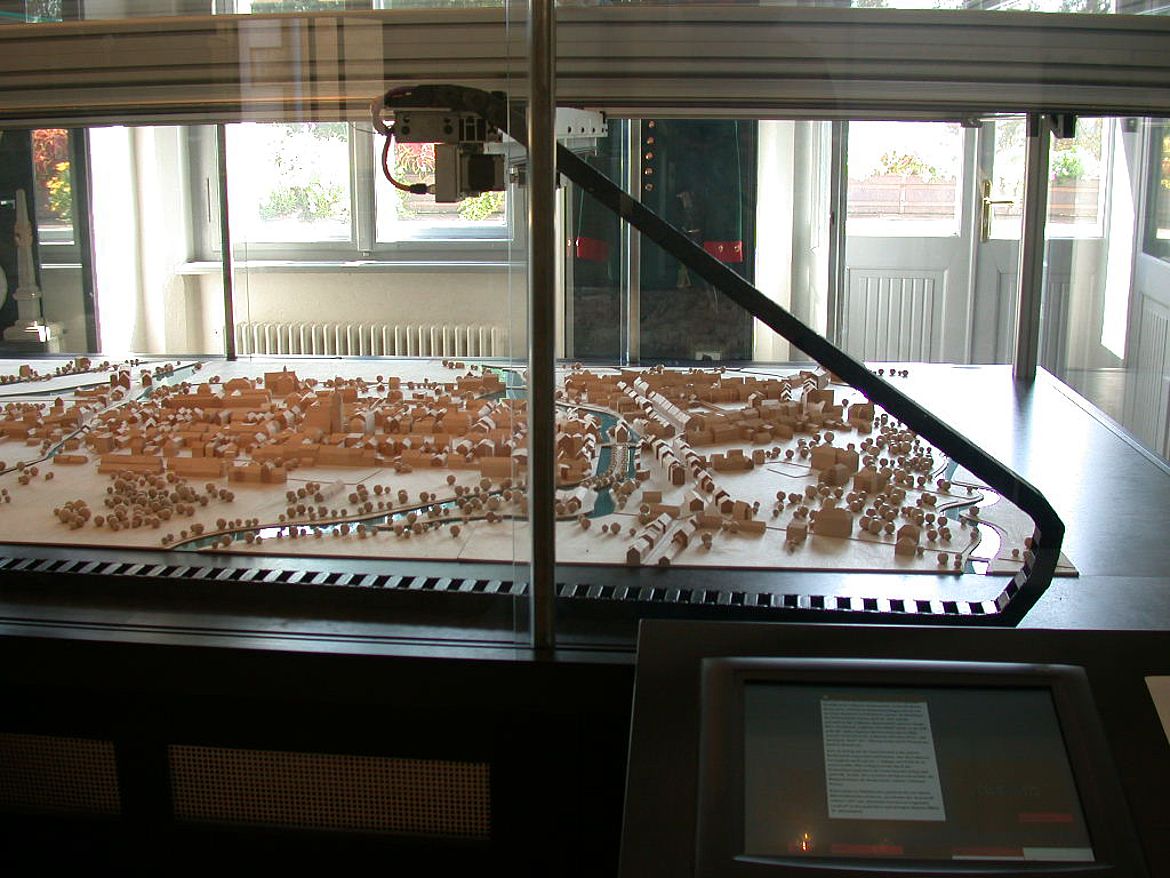 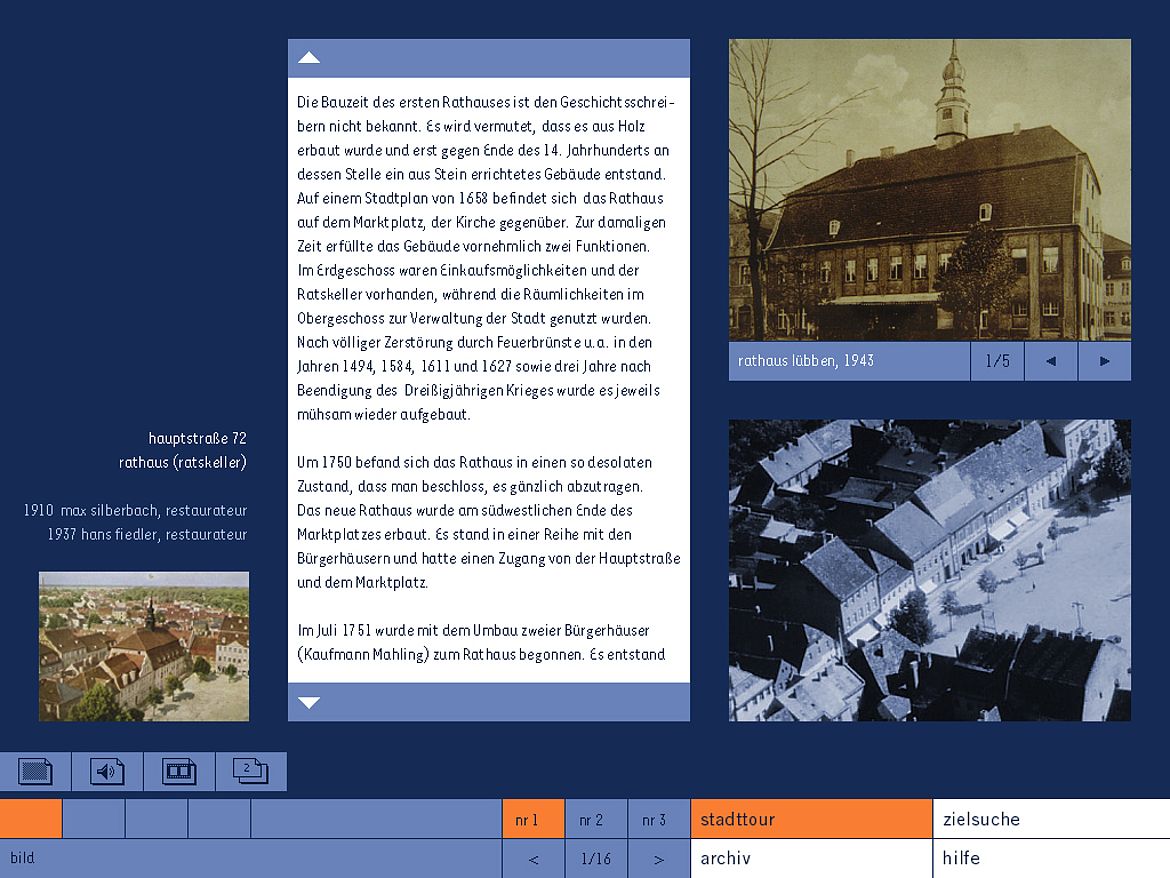 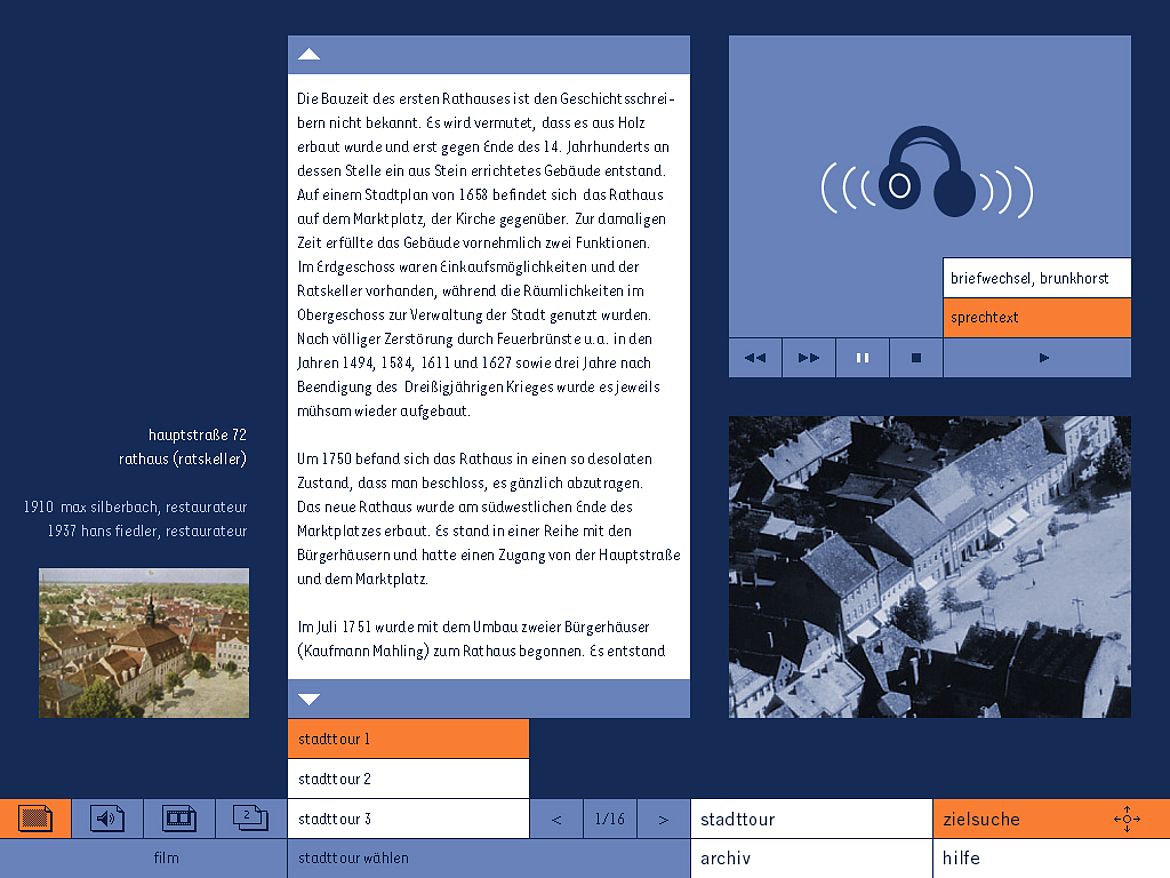 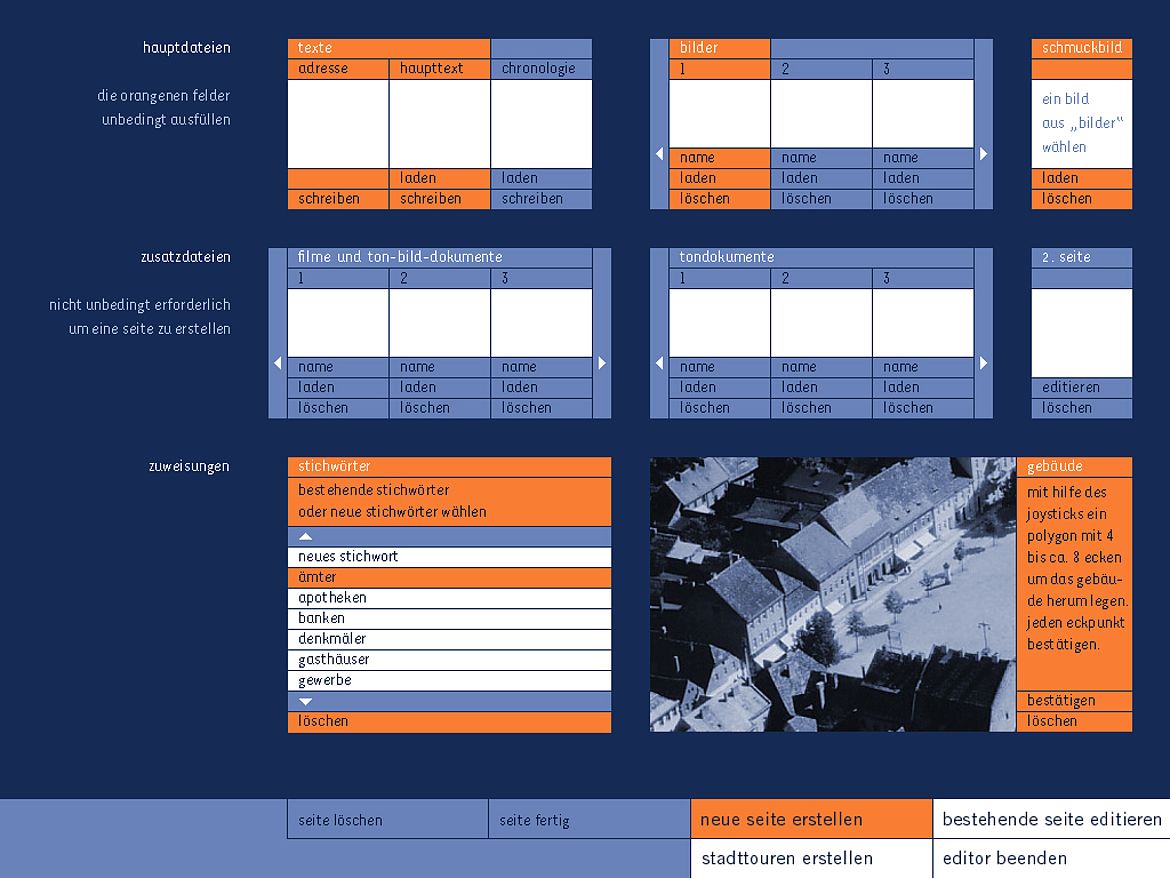 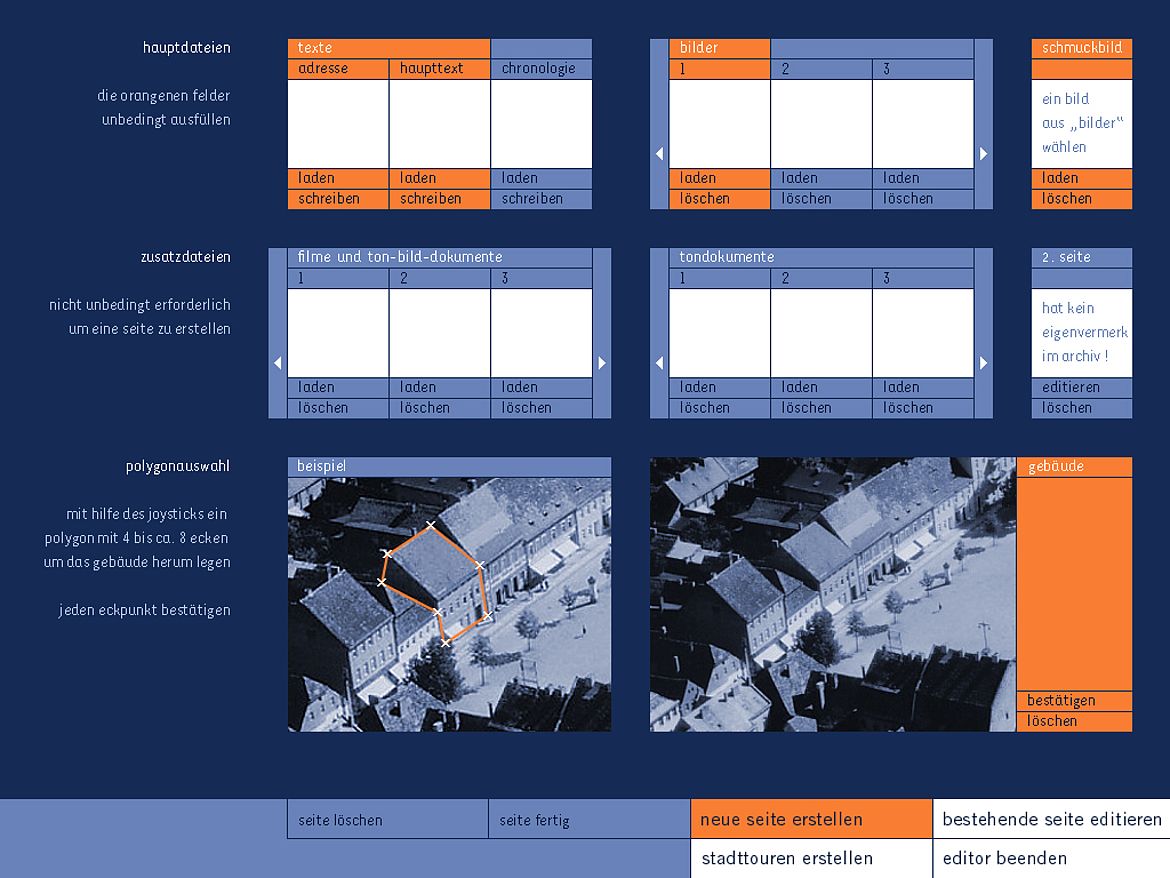 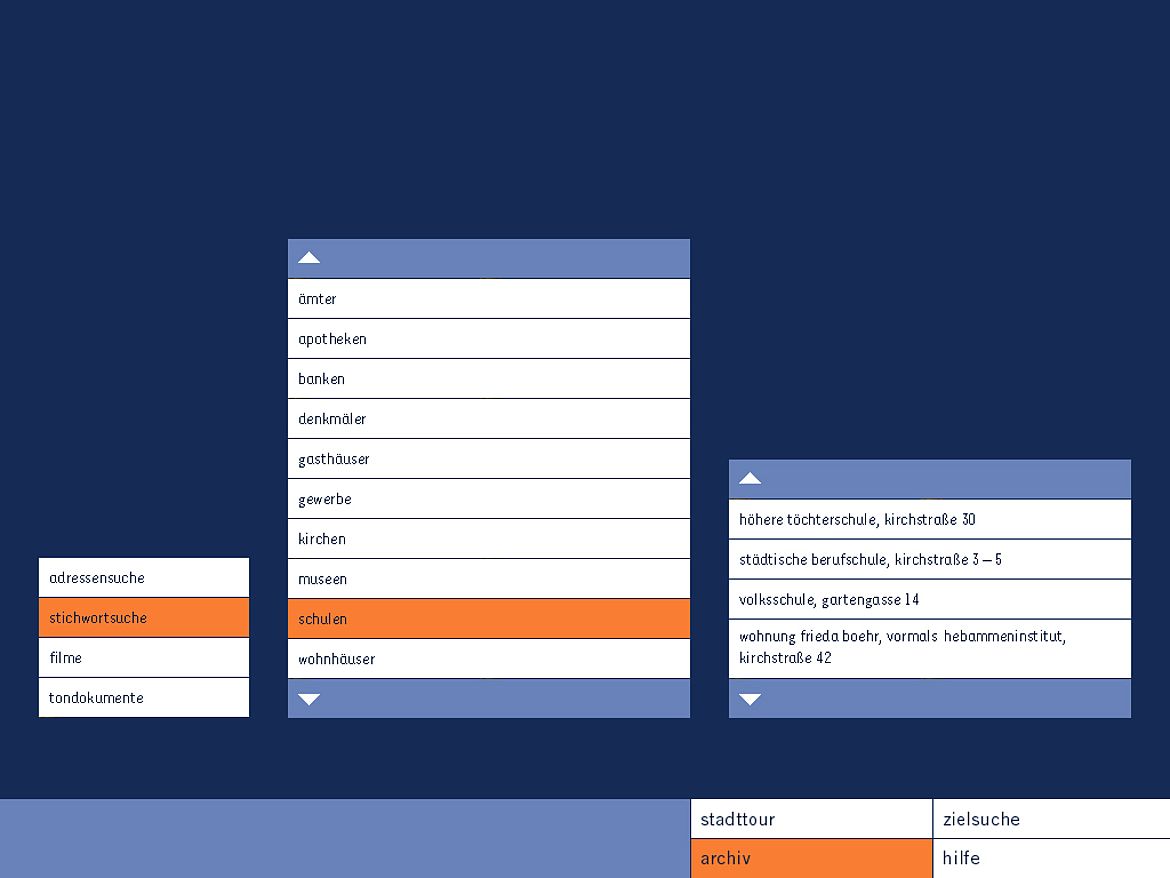 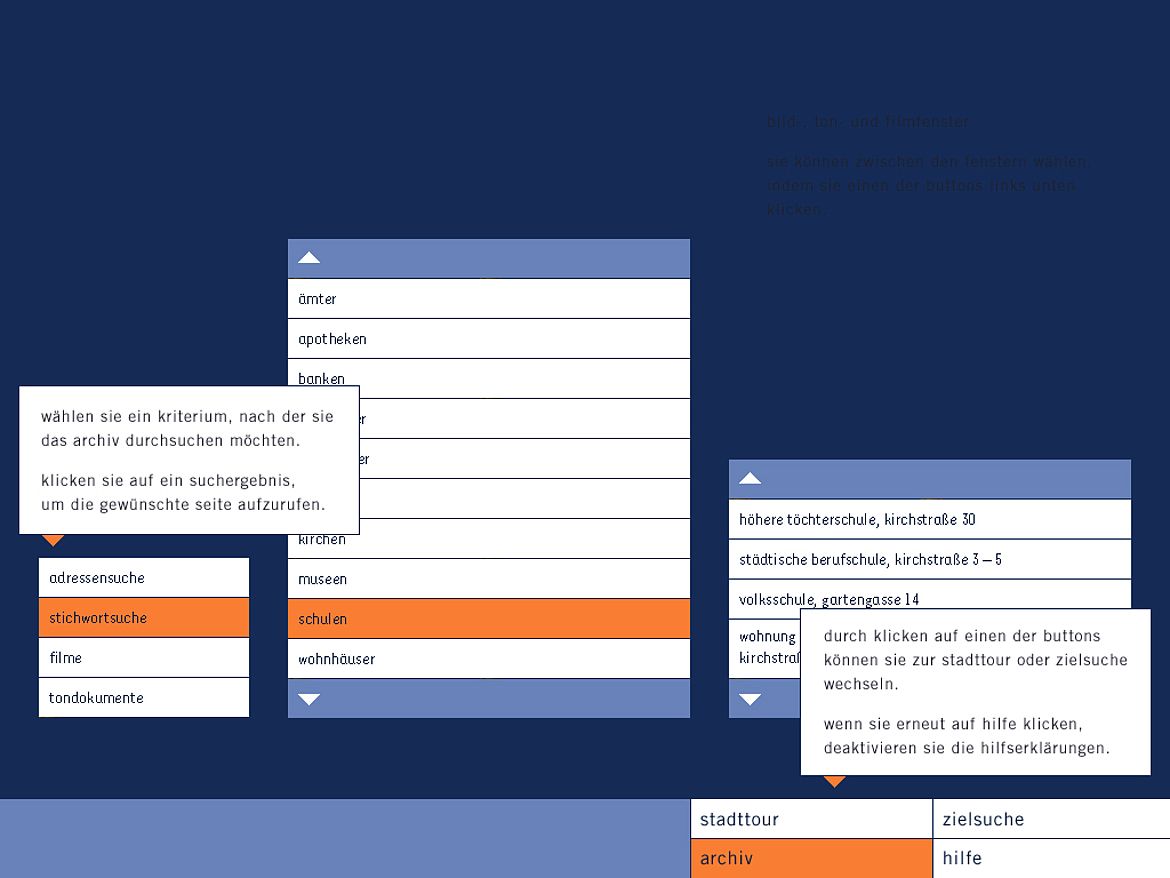